ASCAP Foundation President Paul Williams has announced the recipients of the 2018 ASCAP Foundation Morton Gould Young Composer Awards which encourages talented young creators of concert music. The composers, whose award-winning works were chosen from over 500 submissions from all over the United States, will be recognized at an ASCAP event later this year.

Below are details for this year’s 17 award-winning composers and the works for which they were chosen. Wherever possible, we have also featured a complete recording of the award-winning work (either embedded below the listing or linked from the title of the work). (Recipients who are under the age of 18 are listed only by state of residence, as per ASCAP’s policy.) 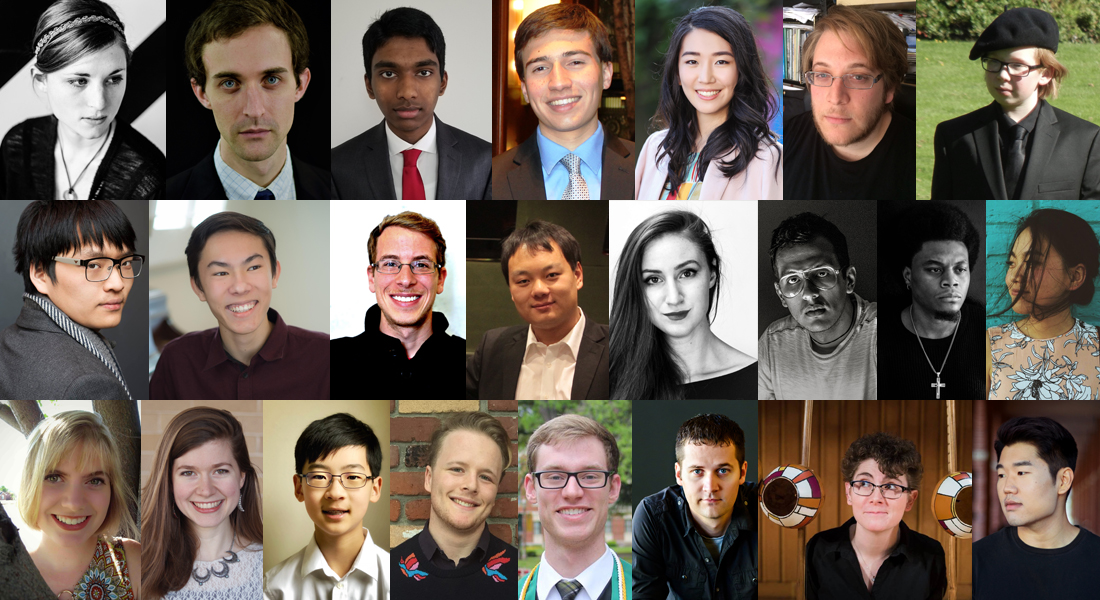 In addition, six composers were given honorable mention.

Established as The ASCAP Foundation Young Composer Awards in 1979 with funding from the Jack and Amy Norworth Fund, the program grants cash prizes to concert music composers up to 30 years of age whose works are selected through a juried national competition. To honor his lifelong commitment to encouraging young creators especially during his 1986-1994 tenure as President of ASCAP and The ASCAP Foundation (as well as the fact that his own music was first published, by G. Schirmer, when he was only six years old), the Young Composer program was named the Morton Gould Young Composer Awards, following his death in 1996. These composers may be American citizens, permanent residents, or students possessing US Student Visas. This year’s Morton Gould Young Composer Awards composer/judges were: Du Yun, Daniel Felsenfeld, Joel Hoffman, Lowell Liebermann, Tamar Muskal, Alvin Singleton, and Edward Smaldone.

Founded in 1975, The ASCAP Foundation is a charitable organization dedicated to supporting American music creators and encouraging their development through music education and talent development programs.