It’s been only a month since the announcement of the 2017 Pulitzer Prize in Music for which all three finalists were women. Today, the BMI Foundation (BMIF), in collaboration with Broadcast Music, Inc. (BMI), has also made history with their announcement of the nine young classical composers, ages 14 to 28, who have been named winners of the 65th annual BMI Student Composer Awards. For the first time in the awards’ 65 year history, a majority of the winners (5 of the 9) are female composers. In addition, Lara Poe, is the first woman ever to win the William Schuman Prize (awarded since 1992 for most outstanding score) and Sydney Wang, winner of the Carlos Surinach Prize (awarded since 1999 to the youngest winner of the competition), is only the second woman to be so honored. (Gabrielle Nina Haigh was awarded the Surinach Prize in both 2007 and 2009.)

Composer Ellen Taaffe Zwilich, who serves as Chair of the Student Composer Awards, BMI President and CEO and BMIF Honorary Chair Mike O’Neill, and Deirdre Chadwick, BMI’s Executive Director of Classical Music as well as BMIF President, presented the awards at a private ceremony held on May 16, 2017 at Three Sixty° in New York City. The 2017 award winning composers and their works are:

Matthew Schultheis (b. 1997):
Suibokuga for flute (doubling piccolo and alto flute), clarinet in A, viola,
and percussion

Sydney Wang (b. 2002):
Tales from the Sea (A Symphony in Four Movements) for full orchestra

The celebratory evening included a PUBLIQuartet performance of Justin Zeitlinger’s Miniatures for Two Violins, a work that received a BMI Student Composer Award last year. (Zeitlinger, who was also last year’s Surinach honoree, and Miller are the only 2017 awardees who have previously received the BMI Student Composer Award, both in 2016. The maximum number of times a composer can receive the award is now three; early in the awards’ history there were two four-time winners: David Ward Steinman–in 1954, 1954, 1959, and 1960–and Charles Wuorinen in 1959, 1961, 1962, and 1963.)

The BMI Student Composer Awards recognize superior musical compositional ability with annual educational scholarships totaling $20,000. In 2017, nearly 700 online applications were submitted to the competition from students throughout the Western Hemisphere, and all works were judged anonymously. The adjudication process for the BMI Student Composer Awards involves two separate panels, both of which are comprised of BMI affiliated composers. Alexandra du Bois, Jeremy Gill, Shawn Jaeger, and David Schober served as the preliminary panelists this year. Steven Mackey, Cindy McTee, James Primosch, and Roger Reynolds served on the final jury. Ellen Taaffe Zwilich is the permanent Chair of the competition. 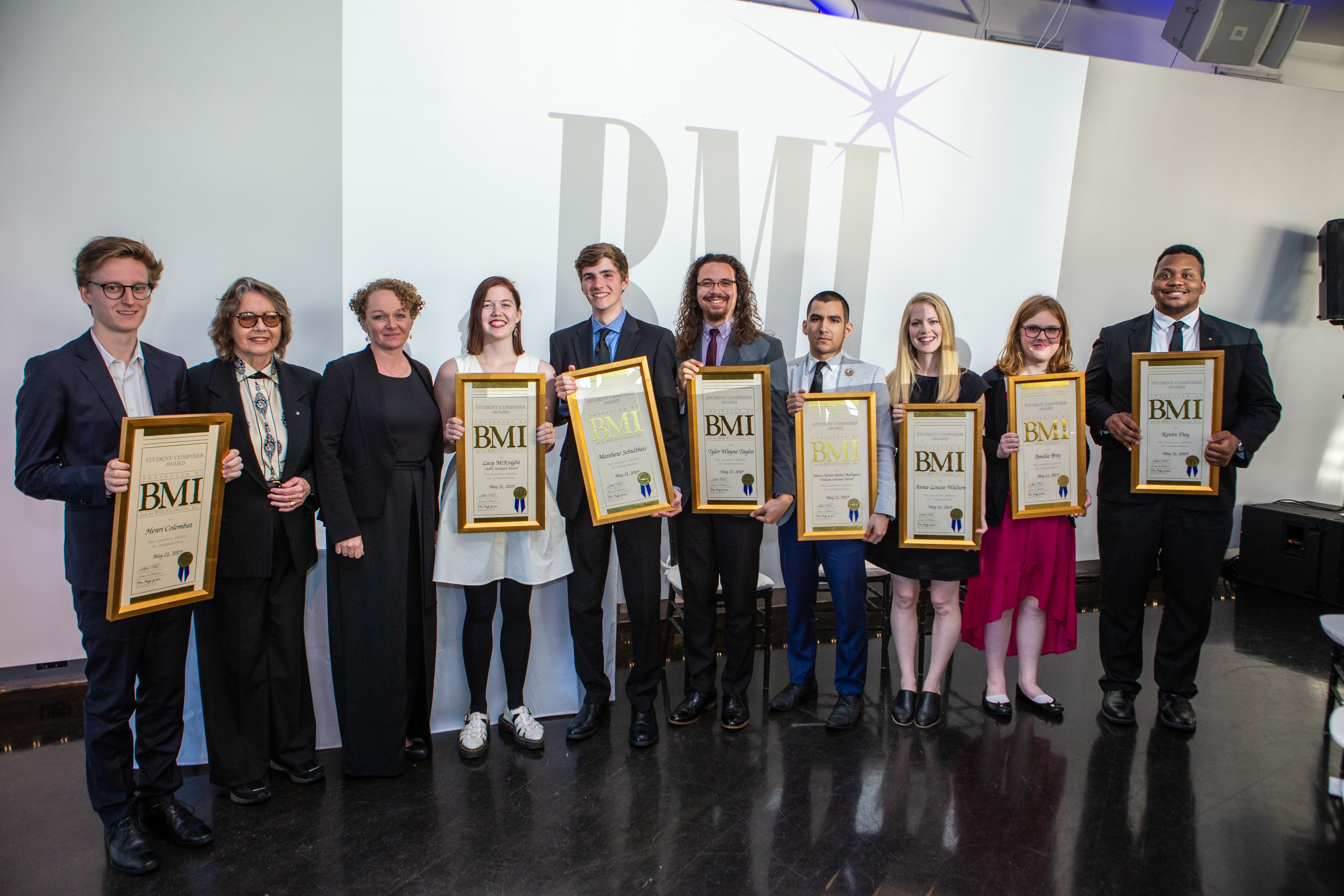