BMI has named eight winners in the 52nd Annual BMI Student Composer Awards competition. Ranging in age from 18 to 26, the composers each received a scholarship grant to be applied towards their education. The awards totaled $20,000.

The 2004 awards were presented to:

Michael Djupstrom was the named the winner of the William Schuman Prize, which is awarded to the score judged “most outstanding” in the competition. Additionally, a special Carlos Surinach Prize, underwritten by the BMI Foundation’s special endowed fund, was awarded to the youngest winner, Timothy Hall Andres.

During a ceremony honoring the winners held at the Plaza Hotel in New York City, Milton Babbitt, Chairman of the awards, called each to the stage and read a citation highlighting the composer’s background and often elements of the winning composition which the jury found especially striking. The scores were available for perusal during a post-ceremony reception.

More than 700 manuscripts were submitted to the competition and all works were judged under pseudonyms. Jury members were: Donald Crockett, Richard Danielpour, Michael Torke, and Gunther Schuller. The preliminary judges were Chester Biscardi, David Leisner, and Bernadette Speach.

Timothy Andres was born in Palo Alto, California in 1985 and currently resides in Washington, Connecticut. After attending classes at the Juilliard School Pre-College Division for four years, he enrolled at Yale University, where he has just completed his freshman year. His composition teachers include Matthew Suttor, John Halle, Eric Ewazen, and Michael Gandolfi. He studied piano with Eleanor Hancock, Frederic Chiu and Elizabeth Parisot and has performed in both Weill and Stern Halls at Carnegie Hall, and at CAMI Hall, Alice Tully Hall, the Juilliard Theatre, and on the nationally syndicated NPR series, From the Top. His previous awards include a $25,000 Davidson Fellowship, a NFAA Arts Week Level I Award, First Prize in the National Guild of Community Schools for the Arts Young Composer Awards, and he was also named a Presidential Scholar in the Arts and a Pinnacle Project Scholar. Hall has served as the soloist in his own Piano Concerto, performing with the Norwalk Symphony in 2001 and the Juilliard Pre-College Orchestra in 2002, and his Five Violin Duos were performed last summer at the Gamper Festival of Contemporary Music at the Bowdoin Summer Music Festival.

Thomas Dempster was born in 1980 Sandusky, Michigan and currently resides in Sanford, North Carolina. He received B.M. degree summa cum laude in composition from the University of North Carolina Greensboro in 2002, a M.M. degree in composition from the University of Texas at Austin in 2004, and will continue at UT for a DMA beginning in the fall. His composition teachers include Eddie C. Bass, Kevin Beavers, Frank McCarty, Russell Pinkston, Bruce Pennycook, and Kevin Puts. As a bassoonist, he studied with Michael J. Burns and has performed with many orchestras throughout North Carolina and Virginia and has presented almost two dozen solo performances of new music between 2000 and 2002. Dempster is the recipient of the Laura Duncan Trim Scholarship, the Carl and Agnes Stockard Memorial Scholarship, and the Womack Endowed Presidential Scholarship from UT Austin, and several scholarships at UNCG, including a 2001 Presser Foundation Award. He was the 1st Prize winner in the Sigma Alpha Iota’s Kappa Gamma Chapter Composition Contest and his music has been chosen for performance at the 2004 SEAMUS conference and the 2003 Electric LaTax Festival. His music has been featured in numerous concerts in Texas and North Carolina, and his BMI award-winning work was premiered by the UT New Music Ensemble under the direction of Dan Welcher in 2004.

Michael Djupstrom was born in St. Paul, Minnesota in 1980 and currently resides in Ann Arbor, Michigan. In 2002, he received a B.M. with highest honors in composition from the University of Michigan, where he is now enrolled in the M.A. composition program. He has studied composition with Bright Sheng, Kevin Korsyn, William Bolcom, Susan Botti and Erik Santos, and piano with Katherine Collier. In recent years he has performed with the Symphony Band, the Symphony Orchestra, the University Choir, and the Men’s Glee Club at the University of Michigan and has performed extensively in solo and chamber music recitals throughout Minnesota and Michigan and at the Tanglewood Music Center. In 2004 he will be performing in the Brevard Music Center’s Advance Chamber Music Program. Djupstrom is the recipient of many awards and prizes including a UM Regents Fellowship, a Tanglewood Fellowship, the American Academy of Arts and Letters’ Charles Ives Scholarship, and he was the winner of 2002 Walter Beeler Memorial Composition Prize from Ithaca College. Recent performances of his music have been given by the University of Nebraska Lincoln Wind Ensemble, the Tokyo Kosei Wind Ensemble, the UM Symphony Band, the New Fromm Players, and the Eastman Wind Ensemble. Djupstrom’s award-winning work was premiered by the commissioning organization, the Bishop Ireton High School Symphonic Wind Ensemble in Alexandria, Virginia.

Aaron Einbond was born in New York City in 1978 and currently lives in Oakland, California. He is pursuing a Ph.D. in music composition from the University of California Berkeley and has received a P.G.Dip. in music composition from the Royal College of Music in London in 2002, a M.Phil. in music composition from the University of Cambridge in 2001 and a A.B. in physics and music from Harvard in 2000. His composition teachers include Mario Davidovsky, John Corigliano, John David Earnest, Bernard Rands, Jeff Nichols, Robin Holloway, Julian Anderson, Edmund Campion, John Thow, and Andrew Imbrie. Einbond has received a 2003 Wellesley Composers Conference Fellowship, a 2004 Schumann Fellowship to the Aspen Music Festival, a UC Berkeley Fellowship, the 2002 Sullivan and Farrar Prize from the Royal College of Music, Phi Beta Kappa (1999), and a 1994 BMI Student Composer Award. His music has been performed extensively in the U.S., Canada, and Europe by organizations such as the Ensemble E-mex, Nouvel Ensemble Moderne, Harvard Group for New Music, the New York Chamber Symphony, the New York New Music Ensemble, and the Long Island Philharmonic. His BMI award-winning work was premiered in 2003 by the Berkeley Contempoary Chamber Players, David Milnes conducting.

Martin Kennedy was born in Wakefield, England in 1978 and currently lives in New York City. He has received a B.M. degree in piano performance from Indiana University and a M.M. degree in composition from the Juilliard School, where he is currently a DMA candidate. His composition teachers include Milton Babbitt, Samuel Adler, Sydney Hodkinson, David Dzubay, Claude Baker, and Don Freund and he studied paino with Jeremy Denk, Samuel Sanders, Evelyne Brancart, and Pamela Penick. Active as a performer, he has been featured in solo recitals throughout the U.S., conducted a chamber music masterclass at the Brevard Music Center in 2002, and has recorded a CD with flutist Thomas Robertello (Souvenir: Music of Faure and Kennedy). He received two Indiana University Dean’s Prize Awards and grants have come from the Brannen-Cooper Fund, 21st Century Classical, and the Aspen Summer Music Festival. Some of his works are published by Theodore Presser Company and there are recordings on the Centaur and RIAX labels. Kennedy’s music has been performed in New York, Paris, Poland, Budapest, and in Nevada, Arizona, Georgia, Alabama and Indiana. His BMI award-winning work was premiered by Soheil Nasseri in Alice Tully Hall in 2004 and has also been performed in Weill Hall at Carnegie Hall and throughout California and Sicily.

David T. Little was born in Newton, NJ in 1978 and currently resides in Boston, Massachusetts. He received a B.M. degree in percussion performance from Susquehanna University in 2001, a M.M. degree in composition from the University of Michigan in 2002, and will pursue a Ph.D. at Princeton University in 2004. His composition teachers include William Bolcom, Osvaldo Golijov, Michael Daugherty, David Mattingly, and Patrick Long. As a drummer/percussionist and improviser, he is primarily self taught and has performed with a number of classical ensembles, improvisation groups, and rock bands in Ann Arbor and in Boston. He is the winner of the 2004 Jacob Druckman Prize from the Aspen Music Festival, a 2003 Charles Ives Scholarship from the American Academy of Arts and Letters, a 2002 BMI Student Composer Award and many other awards. Fellowships have come from Tanglewood, the Aspen Music Festival, the Atlantic Center for the Arts, and the University of Michigan. His music has also been featured at the Cabrillo Festival of Contemporary Music, the University of Michigan, the Cincinnati College-Conservatory, the Bowdoin Summer Music Festival, Jacob’s Pillow Dance Festival, Tanglewood Festival of Contemporary Music, and choreographed for performance by the Anita Cheng Dance Company in New York City. His BMI award-winning work was commissioned by the Brooklyn Friends of Chamber Music for their 100th Concert Celebration in 2004 and premiered by the Amelia Piano Trio.

Scott Perkins
Award-winning work: A Word Out of the Sea, for unaccompanied mixed voices with solo tenor

Scott Perkins was born in New Britain, Connecticut in 1980 and currently lives in Rochester, New York. He received a B.M. degree in theory and composition from Boston University in 2002, and a M.A. in theory pedagogy in 2004 from the Eastman School of Music, where he will pursue a Ph.D. in theory in the fall. His composition teachers include Martin Amlin, Richard Cornell, Charles Fussell, and Marjorie Merryman and he has studied voice with William Hite and Joy McIntyre. He was recently awarded a full tuition scholarship and research stipend for his doctoral studies at Eastman School of music, where he was awarded a Teaching Assistantship in 2002-4. Perkins was nominated for Eastman’s Teaching Assistant Prize in 2002, and was on the Boston University College of Fine Arts Dean’s List from 1998 to 2002. BU named him a Departmental Honoree in Theory and Composition in 2000, 2001 and 2002 and he was recipient of the 2002 Wainwright Prize in Composition. In 2002, he was elected to Pi Kappa Lambda National Music Honor Society.

Scott Vollschleger is from Erie, Pennsylvania where he was born in 1980. He began his “musical journey” as a bass player in a postmodern electric puck band called Wild Digital Dance Party and began writing concert music during his sophomore year in undergraduate school. He is a 2002 graduate of Mercyhurst College, where he received a B.M. degree in composition and piano and he is currently pursuing a M.M. degree in composition at Manhattan School of Music. He has studied composition with Albert Glinsky and Nils Vigeland. As a pianist, he is primarily self taught but has studied with Sam Rotman at Mercyhurst College. Upcoming performances include his Prelude Allegro and Game for classical guitar, which will be performed at Weill Hall at Carnegie Hall by guitarist Pedro Rodriguez.. His Piano Sonata 20/21 was recently performed by Arthur Abadi at Steinway Hall in New York and his BMI award-winning work has been performed twice by the Alexander Quintet and special guest soprano Daisy Press at the Manhattan School of Music. 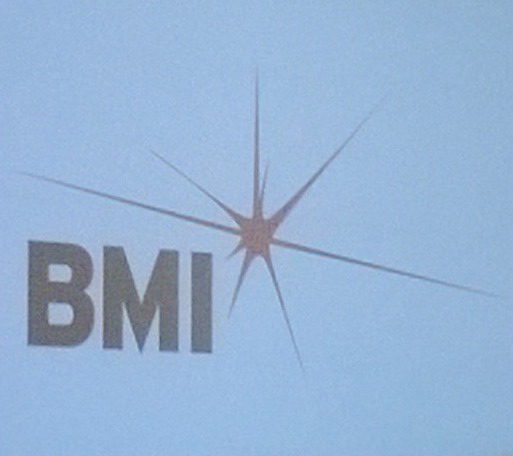 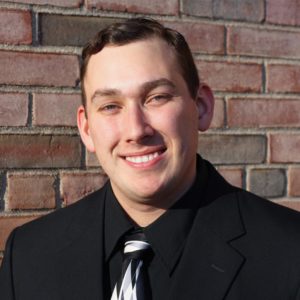