What’s the only thing better than a performance of a new piece by an American composer? Two performances. And even better – two performances by two different ensembles.

How about up to three performances by forty ensembles?

That’s what’s happening with Russell Peck’s timpani concerto, Harmonic Rhythm, commissioned by a consortium of more than 40 ensembles, first performed in September 2000 by James Rago and the Louisville Orchestra, led by Robert Franz. That same month, Jeffrey Biegel gave the premiere of Ellen Taaffe Zwilich’s Millennium Concerto, commissioned for him by a consortium of 27 orchestras.

And if you think it’s just orchestras who are banding together to commission and perform new works, you’re wrong. Recently the College Band Directors National Association (CBDNA) and a consortium of 31 schools commissioned Joan Tower’s first-ever band piece, Fascinating Ribbons. The 6-minute work for concert band was given its premiere by the Keystone Wind Ensemble, conducted by Jack Stamp, at the CBDNA National Conference in February 2001. Consortia are even affecting the world of the small ensemble: Judith Sainte Croix is writing Visions III for the Quintet of the Americas, Boston wind quintet Vento Chiaro and a possible third group.

Commissioning consortia seem to be a growing trend. Arts consultant Jeffrey James counted off the numerous consortium projects in which his clients are involved. Pianist Jeffrey Biegel is at it again, putting together a consortium to commission Charles Strouse for a new work for piano and orchestra. A consortium of orchestras has commissioned Dan Locklair’s first symphony. Benjamin Lees is writing a piece for a consortium of small chamber ensembles. And there are others.

The reasons for doing it are many. “Anything that furthers the development of new work is positive,” Sainte Croix commented. “Certainly there are many fewer sources for funding, not less desire on the part of groups to commission! This is a solution to a problem.”

Arts consultant Amy Blum agrees. “People don’t have to pay as much for a commission. A college band may want to commission Joan Tower, but only a major ensemble is going to be able to pay her fee. Together, there is strength in numbers.”

Commissioning consortia are a particular boon to smaller ensembles, not only because they can share the commissioning fee, but also because the premiere brings them good publicity. “Everybody gets their own premiere and gets to make a big deal out of it, which engenders a lot of pride,” Blum explained. In addition, co-commissioning can help ensembles — large and small — get funding from state arts councils and other agencies.

For Savannah Symphony timpanist Jim Brown, a consortium was a way to commission a major composer to write for an under-represented genre: the timpani concerto. When Music Director Philip Greenberg asked Brown to select a timpani concerto to play with the Symphony, Brown was dissatisfied with the currently available literature. “There was nothing that I liked that much – but it had always been my dream to commission Russell Peck.” Brown was familiar with Peck’s writing from previous Savannah Symphony performances of his work, including his percussion concerto The Glory and the Grandeur. “He always writes extremely challenging but fun timpani parts. They are intelligent parts.”

When Brown mentioned to Greenberg that he wanted to commission, however, the latter was worried about the cost. They decided to involve other orchestras. Brown wrote letters to orchestras across the country – wherever he knew a timpanist. Greenberg and Brown finally met with Peck after a Savannah Symphony performance of his Thrill of the Orchestra in November of 1998. “We got him kind of interested in the project, but not really. He was a bit reluctant. But when we got other orchestras on board, he got interested. Philip wrote to some people, and Russell wrote to some people. It started slowly, but then it grew.”

Peck admits that he was “initially resistant” when Brown suggested writing a timpani concerto. “Jim had called a couple of timpanists already. By the time I got home, there was a message on his machine from Gerhardt Zimmerman, conductor of the Canton and North Carolina Symphonies. Four more performances had been arranged before I even got in the driveway.” He eventually accepted the commission with the hope that the nationwide exposure the concerto would receive would increase its chances of being accepted into the repertoire.

Jack Stamp, the Indiana University of Pennsylvania Professor who spearheaded the Tower commission, found in a consortium the weight he needed to add to another repertoire neglected by “mainstream” classical composers: concert band music. “The concert band is a 20th century genre,” Stamp explained, “and we’re always trying to legitimize our existence, always trying to get established composers to write for us.”

Stamp took some composition lessons from Tower in the early 1990s. During the second lesson, she played him the last movement, “Celebration Fanfare,” from her ballet Stepping Stones. Stamp suggested to her that it would sound much better transcribed for wind band. She told him she “liked it the way it is,” but welcomed him to make an arrangement, which was later premiered by the U.S. Military Academy Band and published by Schirmer.

In the meantime, Stamp suggested to Tower that she write a piece for band, a suggestion that he repeated enough times over the course of the next five years that Tower still refers to him as the “composer’s stalker.” Two years ago, Tower happened to be in New Orleans at the same time as the CBDNA conference. Stamp invited her to the conference, all expenses paid.

“I went there mostly out of guilt,” Tower confesses. Stamp casually mentioned to her that he was hosting a talk on her music, and asked her if she would mind answering a few simple questions. She agreed. “I walked in and there were 300 college band directors sitting there!” According to Tower, Stamp quickly reneged on his promise to ask only simple questions. After asking her opinion on the future of band music, something she asserted she knew little enough about, he asked her again if she was planning to write a band piece. When she hesitated, he turned to the audience and asked them to stand up if they thought they would perform her new piece. The entire room rose to its feet.

“She was just floored,” Stamp stated. She agreed to write the piece, of course, and Stamp set about putting together the consortium. “I set the price [of joining] the consortium on Thursday, and by the following Tuesday I had enough money to pay for the commission” So many people responded that he was able to lower the joining fee from $1000 to $700 per member.

Composers are also pleased with the consortium commission trend. “With my very first commissions, just out of college,” Peck remembers, “the ensembles were very into limiting performances. They wanted exclusive rights of performance for that crucial period when the piece was new, when it had caché. Commissioning and imposing exclusivity was supposed to give the orchestras more for their money, but it crippled the life of the work.” Consortia are less costly to orchestras and embrace the idea that “more is better,” making it likely that commissioned works will make their way into the repertoire.

Composers and performers alike seem eager to surmount the challenges that commissioning consortia entail. For both Peck and Tower, that meant learning to write for instruments and ensembles with which they had had little or no previous experience. Tower, for instance, had never written for saxophone before Fascinating Ribbons – and this new piece includes a sax cadenza. For help, she consulted sax-playing friends. For assistance on certain concert-band scoring issues, she occasionally called Stamp. “She would ask if she could do certain things,” he related, “but very seldom did I have to say ‘that won’t work.’”

Jim Brown helped Russell Peck tailor the timpani part even though he had signed off on giving the premiere. “We worked on the part to make it less ‘science fiction’ and more playable,” Brown laughed. “There was one spot where I would have needed three feet.” He describes the “2-foot stack” of Xeroxed drafts sitting on his floor, and remembers that each time he learned the piece, he would end up “unlearning it” to learn a new version. However, it was “never his idea” to give the first performance. Savannah starts their season later than many orchestras, and a piano soloist had already been scheduled for the October 7th opener. Brown performed the piece in February.

For all the composers interviewed, there was the challenge of making the piece accessible to more than one performer. Timpani equipment is not uniform, for instance: pedals operate differently, are placed differently, and cover different ranges according to what company made them. Peck needed to make his concerto suitable for a range of equipment.

Judith Sainte Croix’s Vision III is the third piece in a series of pieces that combine Western acoustic classical instruments with indigenous instruments from the Americas. Sainte Croix is unfazed about the challenge of writing for more than one woodwind quintet. “I’m thinking in terms of tailoring it to woodwind quintets in general, of contributing to the literature.” Instead, Sainte Croix’s problem is extramusical: how to get the right equipment to all the groups. The instruments necessary to perform Vision III include the South American pig marona, Guatemalan ocarinas, guiros from Mexico and Peru, conch shells, a pre-Colombian horn, rainsticks, Colombian bamboo finger shakers, the cana and gaitas flutes, reed flutes, drums and deer hoof rattles. Her solution: the performers can rent the equipment from her, and also she provides them with information on where and how it can be purchased.

If the success of the Tower and Peck commissions is any indication, consortium commissioning may increase significantly the amount of new American repertoire that is performed repeatedly. Harmonic Rhythm is the first solo piece that the Savannah Symphony has ever commissioned, and, according to Brown, it elicited “more positive comments than any solo performance that the orchestra has ever done.” People at the Symphony are already talking about extracting the second part of the concerto to do on a children’s concert next year, and Brown hinted at the possibility of a second Peck commission in the not-too-distant future.

Stamp claims that when the Keystone Wind Ensemble first read Joan Tower’s Fascinating Ribbons, they “immediately accepted it into the repertoire.” “Joan’s wind and percussion writing is just tremendous,” he glowed. “We were uniformly knocked out by it.” Stamp continues to be “on the prowl” for commissioning opportunities. He is currently “stalking” Richard Danielpour to transcribe his Vox Populi for concert band, and he recently sent CDs of band music to Philip Ramey.

Sainte Croix thinks that the Internet is helping to foster consortium commissioning. “It is easier to communicate with people by sending an email than by making a long-distance call. There is a sense of being more connected – and that’s a big part of this.” 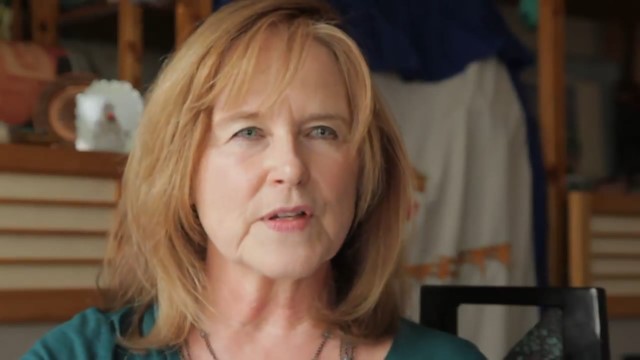