There is a fluid back and forth motion across continents and centuries that impresses when it comes to the work of Garrett Fisher. It’s showcased once again in his latest piece At the Hawks Well.

To build this production, Fisher adapted the original one-act play of the same name by William Butler Yeats, condensing the original text and working in haiku by Basho and Buson at key points. The underlying story is structured around an old man, a young man, a dried up well, and a hawk-like woman who guards it (its waters are believed to offer immortality). Even in Yeats’s original script, the spare staging, the references to Noh drama, and the elaborate masks seem to make it a work particularly tailored to Fisher’s sensibilities. Previous productions in this composer’s catalog such as The Passion of Saint Thomas More capitalized effectively on similar constraints, particularly the stylized movement the characters employed and the masks created by Louise McCagg (who returns to collaborate on At the Hawk’s Well).

The piece is scored for three singers (soprano, mezzo soprano, and tenor), who merge to form a chorus of voices (new music pure, not operatic in style) and then separate to take turns performing the old and young man roles as the show progresses. The guardian is represented by a dancer, as well as by the piccolo/flute/alto flute line. In addition, there is percussion, a harmonium, and a six-string fretless bass.

Looking at the libretto, it appears that Fisher is once again holding to a working MO tied to collaboration. He provides a complete framework and instruction for how he wishes the piece to unfold, but one that also leaves room for freely sung sections and for the performers to contribute their own creativity to the project. In this case, as in previous compositions, the final result is a work that is rich and deeply affecting, and yet spare and spiritual enough to draw a listener in much more intimately than more elaborate opera productions. A simple plucked bass line or harmonium drone supports the strong, clear voices without rushing them along. Fisher’s music seems to have gathered influences from music across time and geography—echoes of Asia, India, and Europe color the lines—and distilled these points of reference down to something that speaks quite strongly to and through this small group of performers. Using this palette, they spin out a tale of tragic beauty that’s at once as familiar as a favorite fairytale and yet offers something fresh and unique.

Though not currently available commercially on recording, the production will make stops in two East Coast cities this week: Boston on March 17 @ Cathedral of Saint Paul, 12 p.m. and NYC on March 20 @ Judson Memorial Church, 2 and 8 p.m. 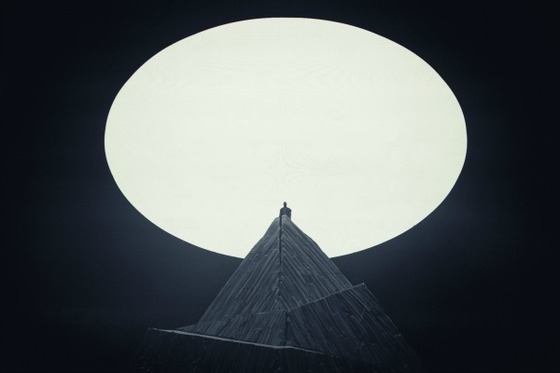