The capacity for the Web as creative medium is immense. The usefulness to composers is endless. It’s better than blank scorepaper. It is venue, sound source, distributor, collaborator, PR company, living room, toolbox, catalyst, home, canvas, community, clubhouse, sounding board, inspiration, and time-stealer. It is opportunity, freedom, uncharted territory. And it is completely underutilized as a compositional element.

I hardly know what angle to take on even commenting on it, as the thing is bigger than a paragraph, it is billions of paragraphs, and one of the coolest things about it is that no two people will ever perceive it the same way. There is no one direction that composition could possibly be headed in—it’s blown wide open. There’s the Singing Bridges project linking the sound of bridges around the world, a musical, playing not on Broadway but on Internet II, a huge site dedicated to preserving digital works presented on the Web. I’d better stick closer to home…

William Duckworth has been up to his elbows in his Cathedral project for as long as I’ve known him. It’s strange to be part of the live element of a project that really lives on the Web. I’m sort of used to not being able to see or feel the presence of my audience after years of Internet radio, but playing in the Cathedral Band is beyond that. For one, I hear people playing with us in performances through the Web from their own homes/offices in different cities, different continents, even. Second, it’s only a partial element of a larger whole, a whole that fits on your computer screen and yet is too big to fit in one country. It’s time and space and visuals and five points in time that changed the course of history and are each one a larger topic than I could ever explore in words or thought. The site itself, the designs and the poetry and the archives and the mandalas, is a meditation in code on the piece as a whole. It’s not a site, or a piece written for the web, it’s a project. An ongoing, intangible, entity almost. It could only exist on the web. I love that.

Oh, but there’s so much more: Future Sound of London use clips on their site of their work in a fairly standard way. Then you check out Gaz Cobain’s diary and discover self-expression taken to a new level. Remember, these are the guys who performed a major concert from their studio via ISDN line in an unprecedented move that alternately angered, provoked, and inspired fans. Lexaunculpt is an electronic music producer in Los Angeles who painstakingly crafts sounds by the millisecond. He generally performs off his Mac laptop, but on this site he takes the definition of composer and stretches it. But don’t think that you have to become a flash programmer to create a piece for the web. Check the Kaleidophone, a collaboration between Speedy J and artist Sander Kessels.

You don’t have to be a composer either, actually. Anyone can make music. (The implications seem frightening, but then again, any sixth grader can pick up a guitar or sing into a 4-track and pass out cassettes; that doesn’t hurt anyone.) Tools for creating electronic music and tutorials for how to do it are freely available on Web. There’s even forums and to help you through the learning process. And sound sources galore – from sample sites to communities and projects based on sharing sounds within the pool. Want to commission a remix? Try the world’s first online remix agency. Or hell, just reach out to your fans like Public Enemy did.

The Internet is an excellent means of promotion, getting experimental music heard. Posting recordings, scores, and documentation of their work on homepages, linking to each other in web rings, uploading previously recorded songs for perusal on mp3.com. Being able to instantly publish and disseminate globally while still keeping control of how it’s presented is unheard of in music business run by humans. Of course, it will still be necessary to protect your intellectual rights and learn about copyright laws as they change rapidly to keep up with technology.

Internet radio is an incredible tool for the promotion of experimental music and any genre in general, and the only hope for hearing more than the same 5 songs allotted to us by any corporate radio station. Sure, that’s an overstatement, but the truth is that commercial free and unregulated radio is always more varied and interesting. But we have a problem. No matter your stand on the issue, I think we always have to keep a sharp lookout when one nation’s legislation targets anything on the Web, as the laws in the digital realm are still being made which can affect the future growth of technology. Not to mention the fact that the Web transcends border lines.

Writing for the Web takes a different skill set than composition did in Mozart‘s day. It’s also quite evolved from the days of tiny embedded MIDI files of the same loop over and over, thank goodness. Hopefully John Cage and Conlon Nancarrow and Morton Subotnick cured us of our reliance on the pencil long ago, because we definitely have to think outside of the five lines on this one. Have to? GET to! The composers who are really able to get into new forms of expression aren’t composers at all, they’re programmers and tinkerers and multimedia artists. That doesn’t make the end result less than music. I love that the lines between “artist,” “musician,” “inventor,” and “scientist” are becoming blurry again, that’s when really exciting things start to happen. Very few of the composers reading these words right now, I imagine, are composers only. They’re mommies and daddies and doctors and tollbooth operators and truck drivers and journalists who happen to like to paint or prune shrubs or engineer. Don’t you hate being put in a box? Americans are so often defined by what they do. I’ve always thought that the term “Artist” is the escape from all that – it lets you wear your many hats and stretch out a little bit. 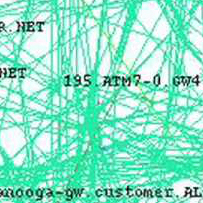