I’m relatively new to the visual art world, and so, lacking many historical touchstones, I tend to get really excited wandering through a single artist’s retrospective and watching the work evolve in time-lapse. It’s rare to get such a crash-course in a composer’s output unless you’re putting in some quality hours with their new box set. Last Sunday at Carnegie’s Zankel Hall, however, a capacity crowd turned off their cell phones and settled in for just such a live marathon concert—a celebration of Meredith Monk’s 40 years on the city’s Downtown scene.

The nature of the beast meant that, even with judicious highlights selected and most work presented in excerpted form, the afternoon still ran past the four and a half hour mark. No one appeared to be eyeing the exits, however, which spoke principally to the power of Monk’s work, but also to the amazing line-up of talent on hand and a really tight running crew working behind the scenes.

Whether a long-time fan or new to Monk’s repertoire, it would have been difficult not to be seduced by the impish little figure in a Tibetan-inspired top and red skirt who took the stage. Monk sang the brief Porch (1965) to open the show, and the cheers of support that greeted her jump-started an energy in the hall that carried through the afternoon. The Pacific Mozart Ensemble performed selections from ATLAS (1985), and Monk and Vocal Ensemble presented excerpts from Impermanence (2005) and mercy (2001), and then selections from The Games (1983) and Acts from Under and Above (1986) with the Bang On A Can All-Stars. Fellow Downtown luminaries John Zorn and Kenny Wollesen (Dungeon, 1970), also made an appearance, as well as The Roches (Quarry Weave 1, 1976), DJ Spooky with his own Meditations on Meredith live remix, and a double threat in the form of Ursula Oppens and Bruce Brubaker performed Three Waltzes for Piano (’81, ’89, and ’93). WNYC radio host John Schaefer covered for some extended stage setting with insightful on-the-spot interviews with Monk and fellow performers. And that was all before intermission.

After a quick sip of reception-quality wine in the buzzing lobby—Aren’t you so glad you’re here? Weren’t Oppens and Brubaker amazing? I just love Meredith—the crowd headed back into the hall for round two. Already seated on stage was a full contingent of performers—Alarm Will Sound, the Monk Vocal Ensemble and assorted guests—for a concert (or rather what Monk termed her “dream come true”) version of Night (1996, 2005). Monk kept strictly to her composer role here and was not a part of the performance. The tear-down after this was particularly time-consuming, which only added to the tension in the room knowing that Björk’s appearance with harpist Zena Parkins was next on the bill. It was difficult not to be a little star-struck when the petite Icelandic pop icon bounced her way to center stage in a vintage pink dress, neck wrapped in strands of rhinestone, and sporting a bizarre (even for her) hairdo, for a very brief rendition of Gotham Lullaby (1975), a work she has made very much her own.

Björk retired to the balcony and attention turned to the stage for the final stretch. Monk was joined by five fellow members of the Vocal Ensemble for an inspired (and really funny) performance of her career defining Dolmen Music (1979). Wendy Sutter, Bang on a Can’s normally reserved cellist, even got into the singing and dancing spirit of things. At the conclusion, a handful of the afternoon’s performers gathered on stage to top off the show with a group performance of Panda Chant II.

Bernard Holland’s 450-word review of the performance (NYTimes, 11/8/05) was vaguely appreciative with an undercurrent of dismissiveness for a music he found overall to encapsulate “a gentleness that prodded the imagination without overtaxing it.” For those who would like to make an appraisal of their own, there’s still a free follow-up as part of WNYC’s New Sounds Live program inside the WFC’s Winter Garden on November 16 here in New York, and a host of other performances internationally as Monk’s two-season long celebration draws to a close. 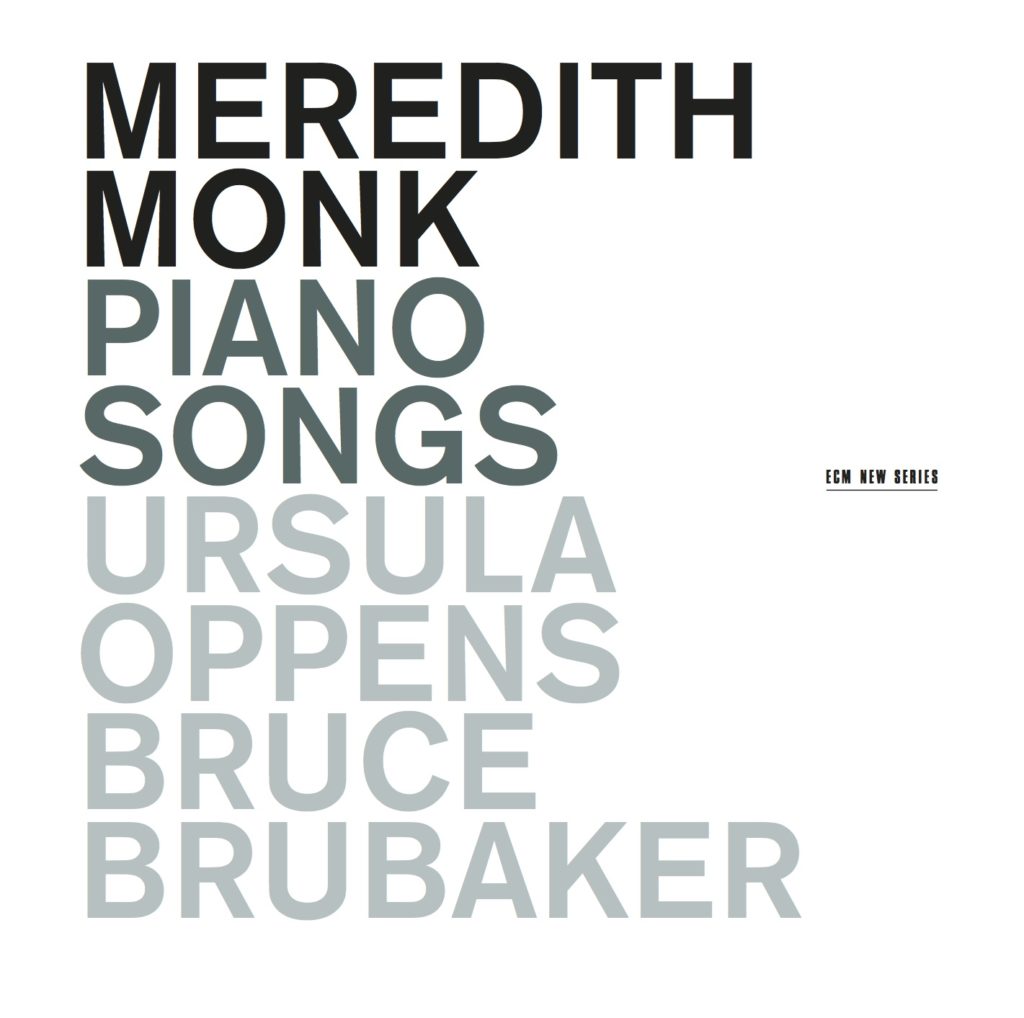