Do film composers ever get the fame they deserve? Probably not… They toil long hours for the Hollywood machine behind the heavy curtain of post-production, while the film’s stars and director are already sauntering through candid clips on Entertainment Tonight. Rarely do we see a film composer on prime time television waving to their close friends in the audience of paparazzi.

Some critics and musicians consider film scoring an opportunity for a musician to accompany a drama. But the composer’s place in the process of filmmaking is always evolving and the stories of many who have flourished by balancing stylistic intuition as well as a willingness and ability to work in the collaborative mode of the day are tales worth pricking up our ambitious and creative ears to hear. These interweaving stories began when the last century opened and with it was born a new visual art whose most vital companion was music: the silent film.

With the advent of talking pictures in the late ’20s and early ’30s, music took on a very different role in film. Underscoring motion pictures developed quite early on as did the rules for creating an effective soundtrack that still hold true today. Many film-scoring conventions were codified in the pioneering soundtracks of Max Steiner whose scores for King Kong and Gone With The Wind remain landmarks in the history of film music. As motion pictures became an industry with an almost assembly-line mentality in the 1940s, the independence of the film composer became more marginalized. Composers were frequently just cogs in the machine, creating work-for-hire material that was often not credited.

Some important composers were still able to emerge from this anonymity. Many leading composers known primarily for work in other areas, such as Aaron Copland, Virgil Thomson, and even Duke Ellington, would be enticed to create music for the cinema. Other composers, such as Alex North, Miklós Rózsa, Bernard Herrmann, and Henry Mancini, all of whom began their careers as composers of music for the concert hall, brought to film scoring a much wider sonic palette and their long-term relationships with specific directors helped to establish the 1950s as the golden age of film music in America. These composer-director collaborations continued on into the 1960s and film scoring got more and more experimental leading to the almost “anything goes” approach to film scoring in the 1970s. With composers such as Jerry Goldsmith, Leonard Rosenman and others everything from twelve-tone serialism and quartertones to musique concrète and hard rock became part of the film composer’s vocabulary.

Pop music took on an extremely prominent role in the film scores of the late ’70s and the early ’80s as film soundtrack albums became Billboard bestsellers in their own right as music by the likes of Giorgio Moroder and Blondie morphed from film soundtrack to a soundtrack for daily life. In the 1990s, with a century of film-scoring history looming large in the background, many tried and true tricks of the film scoring trade were reused at face value in attempt to play it safe with the tried and true. But at the same time, the first prominent woman film composer, Rachel Portman, established herself on the scene, as did a variety of bright new talents such as Elliot Goldenthal. And Hollywood once again regularly attracted the talents of composers primarily known for their work in the concert hall, such as Philip Glass, Tan Dun, and John Corigliano who is only the second composer since Copland to win both a Pulitzer Prize and an Oscar. Now, as film music enters a new century, chances are being taken once again as directors of independent films turn to everyone from free jazz maverick John Zorn to hip-hopster RZA of the Wu Tang Clan to provide the sonic environment for their motion pictures.

Can a film composer ever be sure that his or her work will stand on its own after a film has left theaters or that a film’s audience will rush out to buy the soundtrack and listen to it years after its creation? My own collection ranges from North to RZA, from Mancini to Moroder, from obscure to mainstream. But when I listen to Alex North’s music for Streetcar, I do not imagine Blanche slipping up the steps to her sister’s working class home. Rather I feel the music enlivening my imagination in the moment and I forget that the composer was contracted to create for a specific imaginary event. I merely think of it as “an Alex North piece” rather than “a Streetcar piece.” However, I find it almost impossible to separate Moroder’s synthesized beats from Richard Gere’s sauntering, no matter that Moroder is a personality in his own right and the songs he created for films gained a life of their own even while the films were still in the theater.

Perhaps the compositions created within the old-fashioned studio system do eventually give just fame to their creators. How long it may take is of course a mystery, but one thing is certain: the profession will continue to go through a whirlwind of changes and the wise composer will balance adaptability with stubbornness even more than ever… 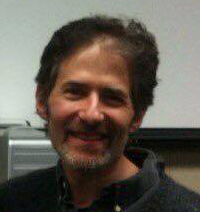