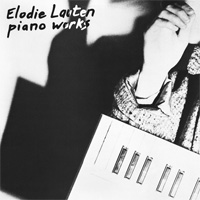 Back in the days when there were a plethora of record stores in lower Manhattan that trafficked in independent releases of new music, by total serendipity I picked up an LP featuring music by Elodie Lauten. I was attracted by its provocative title, Concerto for Piano and Orchestral Memory, and its somewhat mysterious cover. The cover consisted of nine photographs—presumably from someone’s apartment—including the top of a kitchen stove and a cat on a bed, but also an upright piano and a synthesizer. There wasn’t much information about the piece, whose eight movements filled both sides, but I took a chance anyway; I was really glad I did. As the vagaries of independent releases go, it was not widely distributed and soon went out of print, and yet, as is so often the case, the music it contained was extraordinary. It’s a bizarre amalgam of minimalism, musique concrète, free jazz, and psychedelic freakout that inexplicably all fits together seamlessly.

In subsequent years I heard many other works by Lauten, and became particularly enamored with her hefty 1991-95 solo piano composition, Variations on the Orange Cycle, performed by Lois Svard on Lovely Music. I also attended premieres of a few of Lauten’s operas and even got to know her and, as a result, I feel I have a better understanding of her music. But the elusive qualities of that strange concerto, which I will probably never completely understand, have always held a place of primary importance in my heart. Although it certainly was not the earliest piece of post-minimalism, Lauten’s 1984 concerto was probably the first piece of music I had ever heard that would now qualify for the moniker. I was still an undergrad at Columbia and the works that I was discovering on my own by Glass, Reich, Riley, and (when I was lucky) La Monte Young were still new and a part of a secret, forbidden musical language. But the idea that the formal processes of such music could somehow be loosened to create an even more expressive and expansive idiom was perhaps an even more radical idea, especially in an era when other formal processes from serialism to chance were still something to aspire to if you wanted to write something that was more than “pop music.” And, potentially more shocking, Lauten’s piece was clearly designed as a piece of contemporary classical music—it’s even called a concerto for goodness’ sake—that occasionally actually sounds like, gasp, pop music, and does so with absolutely no remorse or self-conscious posing.

So it is with a combination of nostalgia and gratitude that I approach the at-long-last reissued recording of Concerto for Piano and Orchestral Memory. It’s part of a 2-CD collection that also features the more introspective Sonate Modale (1985) for piano and processed sounds, and Lauten’s own fascinating solo piano performance of the aforementioned Variations on the Orange Cycle, an improvisation recorded in 1991, four years before she assembled the work into a notated score for Svard. There’s even a brief Tango for piano and voice from 1985 (in which we hear the composer singing in the chanteuse vein engrained in her from growing up in France) and five keyboard pieces from 1983. These five pieces were once also available on an LP, whose original cover art graces this CD reissue, but I missed out on that record and so had not heard them until now—they are also quite fascinating. Cat Counterpoint combines a driving piano sequence with gurgly sounding analog synthesizer timbres, whereas Revelation is a tad more ominous. Adamantine Sonata takes us into a feel good, extremely high-energy sound world not terribly far removed from that of Terry Riley’s A Rainbow in Curved Air, but one that sounds perhaps more Mozartian than the Hindustani elements that permeate Riley’s piece. But Alien Heart is somewhat more impressionistic. Finally, Imaginary Husband combines Meredith Monkish piano figurations with some difficult to identify pre-recorded sounds, including that of a man’s voice, sometimes talking and sometimes singing.

But the real highlight still remains Concerto for Piano and Orchestral Memory. From its strident opening (titled “Allegro vivace”!)—in which an insistent 7/8 piano riff gradually morphs into other meters and eventually gets submerged—through surreal soundscapes and a kooky habanera leading to a somewhat apocalyptic sounding apotheosis, Lauten’s concerto continues to be an untamable wild ride. And her assembled “orchestral memory” (which consists of a combination of sequencers and processed tapes with a real time performance by Peter Zummo on trombone and a trio of string players, among them the late, lamented split-personality—minimalist and disco—composer Arthur Russell on cello) offers a fascinating compositional model for composers who want to explore the powerful us-versus-them paradigm of the concerto form.

Overall this collection of Lauten’s piano works is a wonderful portal back into an era when the Downtown New York scene promulgated a music that combined so-called compositional rigor with the energy of the nascent punk rock and new wave scenes. Wait a minute…isn’t this kind of beyond-genre cross-fertilization something that the spin doctors claim has only just started recently with the rise of performance entities called “bandsembles” who play gigs in venues like Le Poisson Rouge? Perhaps this is why even though I personally feel a sense of nostalgia listening to these recordings, they still sound completely new. 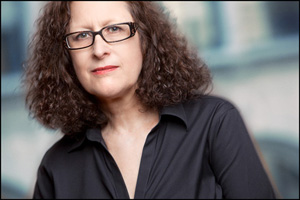