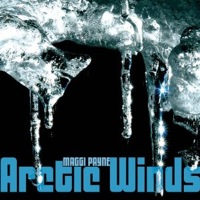 Bay Area composer/flutist/recording engineer/video artist Maggi Payne has been sculpting intensely beautiful electronic music for years out of her studio at Mills College, where she is co-director of the Center for Contemporary Music. Her newest release, Arctic Winds, featuring seven works composed between 1996 and 2009, continues that trend of slowly unfurling multilayered landscapes of sound.

An intrepid sound-gatherer, Payne collects recordings from the simplicities of everyday life—a rattling teapot, papers shuffling, a basement furnace, misbehaved plumbing—and transforms them into gigantic musical statements. One would never guess the origin of the sounds without the liner notes. They are expertly manipulated and layered together (we are talking about a lot of layers) into new and unrecognizable sound worlds that move at a languid pace, yet consistently maintain interest. As the one-sheet aptly states, “so glacial you need a coat.”

The works on this CD tend to fade in as thick bands of sound out of which rise more pared down waves of buzzing and crunching that reveal the inner details of those “smooth” broad washes. The aural sensation is as if one could see the individual atoms that make up a porcelain cup or a wooden table. Fluid Dynamics sports two different slow buildups of texture, volume, and intensity—the first transitions into a section so soft I thought the piece had ended until I turned up my headphones. An even fiercer crescendo ensues until it is punctuated by a surprising, gritty splash of noise that serves as the beginning of a slow fade into silence. Inspired by thunderstorms in the desert, Distant Thunder features “creaking” sounds against a swirling backdrop of colored noise, while Apparent Horizon employs manipulated speech from NASA footage among its sound sources to create a haunting, otherworldly ambience. The icy, crystalline realm of the title track, Arctic Winds, is the most sparsely textured work on the disc, and although Payne describes System Test (fire and ice) as a dramatic and intense piece based on recordings of Jacob’s ladders, the most outwardly surprising works to my ears—though admittedly this is probably due to their order on the CD—are Glassy Metal and Fizz, which bring higher pitch ranges and increased bubbling rhythmic motion to the sonic terrain.

One point that makes Payne’s electronic music so compelling is that much of the spatialization in the compositions is derived from careful mic placement during recording, rather than being artificially imposed through processing later in the compositional process. Her sounds scamper, clap, and swish around the sound field as if they are alive. According to the liner notes, both Apparent Horizons and System Test (fire and ice) have video components as well, which hopefully will be made available in some form so that audiences can enjoy the full multimedia impact of these works.

Until then, get your best pair of headphones and/or speakers ready, open your ears wide, and immerse yourself in these sonic depths.