Greetings! Nice to be back here at NewMusicBox for my first post of 2008—the Year of the Mouse (or in my case, trackpad). Looks like my travel schedule will not abate at all in the year to come, so watch out for reports filed from Thailand, Italy, France, and Texas, as well as the usual postings from Tokyo and LA.

Toward the end of last year, I got pointed to an interesting and provocative lecture given by Lawrence Lessig. Lawyer, Stanford professor, authority on copyright issues, and the CEO of Creative Commons, Lessig tells a number of stories that touch on historical issues of ownership and license, and then brings these into a contemporary digital context and makes some provocative arguments about content and ownership in the digital age. I think these arguments, whether you agree with them or not, whether you work in a digital medium or not, need careful consideration. Please take a look.

The talk was given in March 2007 at a conference called TED (“Technology, Entertainment, Design”) and met with a most enthusiastic response from the attendees. Later, however, some critical comments began to emerge on the web. Salvador Leyva harshly conscribed calling mash-ups “original” and “cutting-edge artistry” as “Orwellian nomenclature”. Max Hodges conflated creative re-use with piracy when he said “Larry Lessig…doesn’t address any of the downside of pirates, copyright violators, and rip-off artists. He seems to only take the position that it’s just good clean fun, but it can be extremely disconcerting for artists and musicians to find their work copied and distributed en masse and not for the fair-use purposes of critical review or parody but just because its easier to steal than to properly license a work.” Steve Jones tried to draw a distinction when he said, “There is more and more computer-assisted cleverness manifesting itself now that is being mistakenly referred to as creativity.”

Lessig celebrates “amateur culture,” where people produce for the love of what they are doing and not for the money. Is this the whole story? Where does that leave professionals, those of us who seek to be in the happy position of actually making a living doing what we love? I for one found it interesting that Lessig seems to think that the whole notion of appropriation has been enabled (not just furthered) by digitalism. As a composer whose work often uses found and even appropriated materials, I and others (e.g. Christian Marclay, John Oswald, Otomo Yoshihide, Nic Collins) had been dealing with these issues in a markedly analog world more than twenty years ago—and that’s not to mention historical pioneers like James Tenney.

As so many of you are working in music professionally, I am keen to know your reactions to Lessig’s talk and the issues he raises. He makes an oblique and sly reference to his own organization, Creative Commons, which has been working diligently to responsibly establish new ground rules for re-use of intellectual property in a digital world. Lots of good information about that at creativecommons.org. Is Creative Commons the best solution?

Your thoughts, as always, are invited. 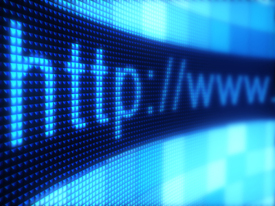