Opera in America used to be very easy to define: there was the Metropolitan Opera, and there was everybody else. And the artistic directors and patrons of the Metropolitan Opera hated new work. But they were generous enough to support a not-for-profit organization called the Central Opera Service, which kept statistics on the field of opera, and held meetings where those silly enough to be interested in new American operas could commiserate.

Eventually, the Metropolitan Opera was not the only big house around, and the executives of the biggest houses formed an association called OPERA America. When the Met decided that it was tired of supporting the Central Opera Service, some of its employees, files and, most significantly, individual singer and creator members joined OPERA America.

The national news magazines cover Domingo in Argento, Altman and Chicago‘s discovery of William Bolcom and Arnold Weinstein, San Francisco, Santa Fe, Houston and the so-called CNN operas of John Adams or Stewart Wallace and Michael Korie, the attempts to adapt American classics of Steinbeck, Tennessee Williams and F. Scott Fitzgerald, and the new hope of American opera, Mark Adamo (who, to his credit, is certainly on the right track). But OPERA America’s statistics clearly show a different fact: new American Opera is Canadian.

The seasons of Tapestry New Opera Works, Vancouver New Music, Autumn Leaf Performance, the Canadian Opera Company and others from up north regularly include new work, and companies in the United States are just starting to catch up. The Canadians have a new music diva, Pauline Vaillancourt, whose expressive range and catholicity of taste are without precedent in North America, and an experimental media center at Banff, which actively encourages cutting-edge experimentation.

The United States of Academic Opera

The major contribution to opera of the United States has been in education. The American style of opera singer training that adds movement and acting to the curriculum is internationally admired, and those same music conservatories are producing a lot of new work. The academic rival to OPERA America, the National Opera Association, has a yearly competition and lots of entries. Trinkley and Charnesky, working out of Pennsylvania State University, have been churning out a steady stream of works. Gordon Ostrowski, Director of Opera Studies at the Manhattan School of Music, has been producing a lot, and Juilliard and Columbia have a long, proud history.

There are some composer residencies here and there, but these have an educational mission, too. OPERA America has a program called “MUSIC! WORDS! OPERA!” (they’re really into capitals at OPERA America), and the National Opera Association has Opera for Youth.

Pedagogical opera is very clear on what opera is. Classically-trained opera singers portray characters involved in a dramatic plot – one which, hopefully, has a lot more females on stage than males. The big opera houses may reverse the gender, but the other conventions and assumptions are the same.

What’s hot in big opera houses today has nothing to do with new work, and everything to do with being big: sophisticated stage pyrotechnics, surtitles and sound enhancement, and traveling "lawn concert" equipment. New grand opera in the United States is a very recent phenomenon, but conservative chamber opera dates back quite a few years.

Seymour Barab is probably the most prominent and prolific composer in the chamber opera genre, as far as the numerous smaller regional opera companies are concerned. Unfortunately, the singers in those smaller houses are eager to beef up their resumes with performances in the aging standard repertoire, and the patrons (and matrons) there are in agreement. New chamber operas premiere in thread-bare productions by Richard Flusser’s After Dinner Opera, Lou Rodgers‘ Golden Fleece, and Richard Marshall’s Center for Contemporary Opera, if they’re not lucky enough to be selected for the intelligent direction and impeccable production values of Nancy Rhodes’ Encompass New Opera Theater.

Those production values come, not surprisingly, from a production crew that normally works in commercial theater. Recently, Lou Rodgers’ reading series has been showcasing a lot of musical theater work, and Richard Marshall attended NewOp9 to learn more about bringing music-theater to the Center. These are the first real signs that opera in the United States is opening itself up to other forms than those dictated by the “Big Five,” the presumption that opera ain’t opera unless it’s grand. 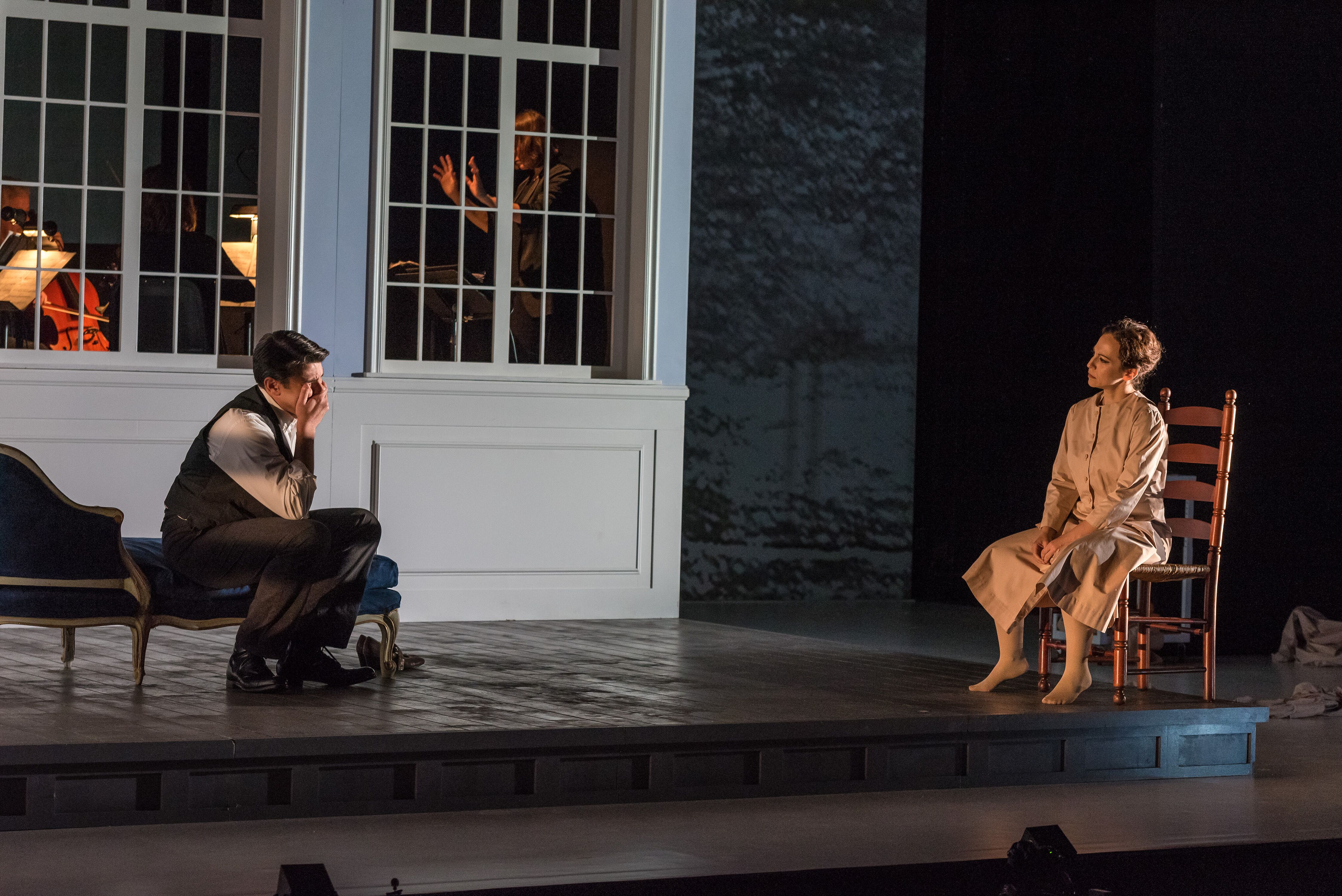