“Without songs you don’t really have a culture. It’s a tie, a connection to every living thing—man’s power of growth and movement, the ability to think, to will, and to bring to pass. This life-force was always thought of as sacred, powerful. To it a name was given—in the Omaha tongue it was called Wakon’da.”

Despite my familiarity with an emerging American opera that tangles with contemporary history, Anthony Davis’s Wakonda’s Dream, which received its premiere last month at Opera Omaha, still surprises me. It ventures into virgin territory, even by Davis’s push-the-envelope standards. (Davis’s previous works include X, based on the life of Malcolm X, and Tania, inspired by the abduction of Patty Hearst.)

Wakonda’s Dream delves into the fractured life of a contemporary Native American family, the Labells, who are emotionally torn by social prejudices and simultaneously shadowed by the memories of a tortuous Native American history. The opening of the second act of Wakonda’s Dream is especially disquieting. As the curtain rises, our psycho-sonic gaze, which until this point fixed on the familial tensions of the Labell family, depicted in a sometimes traditional operatic style, abruptly shifts to an icon of urban resistance, Hip-hop, which begins the downward spiral of Act 2. The Hip-hop number was composed by Davis but inspired by Native American reservation recordings and is layered atop Davis’s rich orchestral groove and an electronic soundscape improvised by Earl Howard:

A coyote’s a dog without a name.
Without a pack to share his shame.

The vocals are performed by several Native American dancers—not singers—and the sound is of a bruised and unsophisticated timbre—a moment of raw realism that foreshadows the death of the Labell’s young son, Jason.

Wakonda’s Dream, which features a libretto by Yusef Komunyakaa, explores the polymorphous tensions that arise within contemporary Ponca society more than a century after the 1879 trial of Standing Bear, which serves as a conceptual backdrop to the main story. The difficulties of maintaining a viable Native American social identity while also asserting the rights of American citizenship play out among the LaBell family: the father, Justin, the mother, Delores, and Jason, whose constant visions of Standing Bear plague the family and ultimately bring about Jason’s accidental and early death.

Standing Bear’s trial is a little-discussed event in American history, though it seems well-known to Native Americans residing in and around Omaha. In 1876, the U.S. government, after mistakenly selling Ponca land to the Lakota Indians, moved the Poncas to Indian Territory (in present-day Oklahoma)—in what is referred to as the “Ponca Trail of Tears.” In that year, as conditions worsened, a group of thirty tribesmen including Standing Bear attempted to return home to the Niobrara River, but were intercepted and arrested by U.S. soldiers. Standing Bear petitioned the court. And while the government claimed that an Indian was not a person so could not bring suit, Judge Dundy, in a surprise ruling, argued that “an Indian is a person within the meaning of the law.” He issued a writ of habeas corpus and Standing Bear was allowed to return home. The trial was a watershed in the fight for civil rights that would continue for Native Americans throughout the twentieth century—but also a harbinger of the ongoing battle to maintain a Native American identity and a Native American land as the push for assimilation steadily increased.

General Director of Opera Omaha, Joan Desens, recalls that the silence around this history was a motivating factor in her five-year collaboration on Wakonda’s Dream. In fact, Desens took over the project from her predecessor Jane Hill in 2002 and remembers that she had not heard of these events prior to the commission: “I was touched by the fact that I didn’t know this about American history…a step recognizing American Indians as human beings and the fact that we live in a country that ever could have thought that Indians are not human beings is a shocking fact.” The opera was originally, she says, to be a documentary of the trial’s history, but the end result is more a reflection on that history through the twenty-first-century perspective of the Labell family.

Hip-hop, in the context of Wakonda’s Dream, seems the perfect outlet for reservation youth still beleaguered by racism. (Indeed, Native American hip-hop is currently surging on reservations.) To be sure, Davis, throughout his opera career, has engaged these intricate intersections between social silencing and music. X, for example, takes another Omaha native, Malcolm X, and the sovereignty of African Americans, as a point of departure. Malcolm’s power to make song emerges alongside his transformation into an Islamic leader. It is Malcolm X’s enforced social silence that motivates the opera thematically and musically, from beginning to end.

However, while Wakonda’s Dream is also a sonic space for engaging racism, it is only in rare moments (like the hip-hop number) a space for obliterating the silence that racism produces. Davis acknowledges this key distinction between protagonists: “Justin goes to some ugly places that in X I couldn’t really let Malcolm go to. This is much more about the despair and the loss.” Certainly Native Americans, in their prolonged fight for civil rights, have often remained barely visible. So while Malcolm’s voice emerges as epic in X, it is only in the wake of the accidental shooting of Jason Labell in Wakonda’s Dream that Justin’s Indian brothers fill in the gaping silence: In the prologue, a Native American honor dance surrounds the grieving father and calls the opera to an end. Justin’s final words, in this case, are worth dwelling on: “Is it too late for us? Is it too late for me?” underscores the contemporary predicament of Native American peoples as a sometimes silent minority in post-civil rights America.

If Wakonda’s Dream highlights a contemporary and enduring social politics, it may also dream, at least musically, of the future. The score is not postmodern, pastiche, or pageantry, but rather a complex fabric of orchestral funk grooves, electronically produced soundscapes, jazz improvisations, rich choruses and sensitive vocal writing in a sometimes classic operatic style. Disparate elements share sonic space, are sometimes layered one on top of the other, or occasionally delve off in different directions: music is used here as a space for integration, perhaps, but not as a social metaphor for assimilation or preservation.

What is largely absent in the opera is Ponca music. The Hip-hop number and honor dance stand at either end of Act 2 in gorgeous symmetry: the past and present, the young and old. But the lack of additional Native American musics is intentional. Davis spoke passionately about capturing the emotional life of the Ponca story, without using music to reference Native Americans directly: “I was worried about not trying to appropriate it in obvious ways—in ways that one would expect,” says Davis. “I wanted to make sure that music in the opera had a kind of integrity in and of itself.” The Native American community in Omaha, Davis says, feels that the opera “is telling their story”: “We took very seriously their spiritual world—not as something exotic… A lot of times Native Americans are seen only important as the past.”

Many of us have witnessed, in over-abundance, the problematic nature of staging ethnic identities—operas about Chinese, Egyptians, Ethiopians, Turks, Japanese, Brazilians, and even several about American Indians, in which ideas about “authenticity” and “exoticism” collide

in unfortunate ways. Wakonda’s Dream is, fortunately, not a paean to Indian otherness. It may coincide with what Charles Trimble, who served as a Native American advisor to the production, refers to as a “rebirth or resurgence in a faith in Indianness.” But it does so alongside that resurgence without claims to authenticity. Wakonda’s collaborators uniformly understand the opera as a drama that speaks across cultures, and that, if at all political, only because it has served as a catalyst for drawing communities together.

The reception of this opera would seem to prove them right. The premiere of the opera at Omaha’s historic Orpheum Theater followed a three-month festival of Native American art, poetry, lectures, and dance. The audience was incredibly diverse at the performance I attended (March 11)—and Native Americans were prominently and proudly in attendance at all three performances. In fact, Davis said that on the opening night of the run (March 7, 2007), Native Americans greeted the curtain call with standing ovations and traditional warrior cries.

In February 2007, in a lecture delivered at the University of Richmond (where I work), Anthony Davis emphasized that his work is culturally and politically relevant—that it has something to say about the ways in which our collective social consciousness in America continues to be governed by obdurate, if random, boundaries surrounding identity. He was referring at that time to earlier works: Amistad, Tania, and X. But his latest opera is significant, and unique, within this oeuvre. With Wakonda’s Dream, Davis has created a kind of community opera that has particular resonance within the Omaha community but that is bound to have a broader, perhaps international impact in the future.

Ruth Sara Longobardi is assistant professor of music at the University of Richmond. She is currently working on a book about American icons and contemporary American opera entitled, Representing and Re-Producing the Real in Turn-of-the-Millennium America: Opera, Documentary, and Spaces Between. 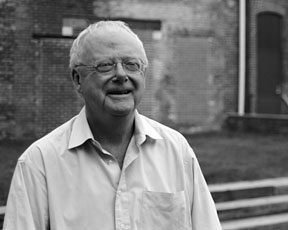