My Top Five+Two “Outside the Industry” Favorites

Since 1967, when I first heard recordings of my guru, Pandit Pran Nath, I have received much of my most profound musical inspiration from the Kirana gharana (style, school, or family) of North Indian classical music.

Ustad Abdul Wahid Khan was the acknowledged master of Kirana style during his time. His revival of the Khayal at the turn of the century stands, in itself, as a virtually unparalleled contribution in the recent history of Indian classical music. It is said by musicians that Ustad Abdul Wahid Khan Sahib was a musician of such stature that he contributed something to Indian music that had never existed before. Among his contributions, he developed a very slow vilampit style, which proceeded at a much slower tempo than other musicians had used. His style of executing the vilampit section was of such profundity that it even went beyond the solemnity and majesty of Drupad. His approach to the vilampit, combined with his vast knowledge of raga, and his unimaginable ability to improvise endlessly, were among the jewels he set within the Khayal form to restore its classical grandeur, and perhaps to have illuminated it more brilliantly than anything that had appeared before.

At the age of 18, Abdul Wahid Khan made his formal public debut in the Kolhapur court, and all of the court musicians were present. After the performance, his guru Haider Baksh Khan extended the invitation to any musician from near or far to challenge his young protégé: “If anyone understands this, or can do it, come forward to the tamburas.” But all remained silent from that time on.

Although remaining unchallenged after his public debut, he had not the inclination to spend time singing in the courts. Instead, he lived a devout, reclusive life, singing in the presence of holy men and at the tombs of Sufi saints, and only occasionally sang in public. His command of the art was on such a high level that no other musician ever performed in his presence. One must hear his one-hour recording of Raga Darbari, at one time available on cassette as an All India Radio Release on HMV but currently out of print. This recording sets a standard for all of us.

Without doubt, Ustad Abdul Wahid Khan Sahib was the greatest improvising performer I have ever heard on record. Some have said he may have been the greatest musician who ever lived. He had an extraordinary balance between feeling, mathematics (permutation-combination), and incomparable vocal technique.

Before the release of the restored recordings of Ustad Abdul Wahid Khan, it was possible to catch a glimpse of the position he commanded by listening to the records of his illustrious colleague and cousin, Ustad Abdul Karim Khan. Abdul Karim Khan was the star performer of the Kirana Gharana. He traveled throughout India appearing in the courts of great Maharajas, and was in such great demand that he was lighting his cigarettes with signed blank checks for concert invitations that he did not want to accept. He had the most flexible, pliant and melodious voice. The feelings he projected were heartbreaking. Next to Ustad Abdul Wahid Khan Sahib, Abdul Karim Khan was the greatest performer I have ever heard on record.

—my guru and the greatest musician I ever heard live. He created magic on stage. He tamed the wild beast. The most profound level of Guruji’s influence took place on a plane that is beyond expression in simple words, and continues to play out its effect on me over time. Nonetheless, there were also some influences that are more straightforward to describe.

He brought my understanding of music to another level. He taught me music as a life style and a spiritual path. He introduced me to the concept of Nada Brahma—Sound is God. To be on stage with him was to be under an infinite umbrella of peace and harmony. He intoned forth the spirits of the ragas to unfold the unrecountably haunting beauty of their timeless divinity. In an article in The Village Voice introducing Pandit Pran Nath to the West in 1970, I wrote: “I was immediately impressed with his intonation. I have never heard better intonation from any living musician. This incredible intonation and his remarkable sense of melody soon convinced me that his singing was the most beautiful I had ever heard.”

Hearing is believing. To catch a glimpse of his powers, I strongly recommend the 2-CD recording of Raga Malkauns currently available on the Just Dreams label. Try the MELA Store, or have your school or library order it.

“Bird” was the greatest improviser I ever heard outside of Indian classical music. He had an extraordinary repertoire of riffs and licks that he could call forth any time, anywhere, in any key and over any sequence of chord changes. But what was most astonishing of all, he made it sound so spontaneous and as if you had never heard anything like it before in your life. He was imagination beyond imagination.

Although there are countless stories about Bird, the one I like to tell is about how he recorded the “Charlie Parker with Strings” album. The studio musicians were in place, ready to play. They had to look for Bird and find him. Then they had to get him a horn because he had hocked his. He walked into the studio and played his solos over the arrangements without ever having seen or heard them. And those are the recordings.

In Indian classical music, improvisation is divided into three categories: 1. the systematic unfolding of the pitches of the raga (raga science); 2. combination—permutation (mathematical variations); 3. swimming like a fish and flying like a bird (where the voice is already there, even before the imagination). Somehow, without having grown up with the benefit of the hundreds, perhaps thousands of years of Indian classical music tradition, Bird mastered the last category in one lifetime.

Having grown up as a teenage jazz alto saxophone player in the ‘50s, Bird and Lee Konitz were my idols. Even now, I sometimes put on a recording of Bird to play for my students and just to remind myself what inspiration really means.

They have been my inspirations for orchestration. Schoenberg’s The Changing Chord—Summer Morning by a Lake—Colors, the third of his Five Pieces for Orchestra, is where it all began for me. This became reinforced with the music of Webern, especially some of the smaller works like 5 Pieces for orchestra, Op. 10.

The Stan Kenton Big Band of the ‘50s demonstrates some of the greatest section work of all time. Players like Lee Konitz, Maynard Ferguson, Buddy Childers, Bill Russo, Frank Rosolino, George Roberts—many of today’s symphony players could still learn from them. I often put on This Is An Orchestra for my students to show them what real brass players can do. Gil Evans, whether it be in the Claude Thornhill Big Band with French horns and tuba, the Miles Davis Tentet, Miles Davis Sketches of Spain or his own Gil Evans bands, his ear for harmony and voicings was absolutely primeval and mysteriously beautiful. The next incarnation of Satie, Debussy, Ravel made manifest.

When you listen to my music, with the work of these composers in mind, you can hear where my approach to orchestration came from.

Although I came to know Japanese Court Music first and Korean Court Music later, Japanese Court Music was influenced by Korean Court Music as well as Chinese and Indian music. Gagaku was one of the primary influences on my Trio for Strings (1958), especially through the sustained tones of the Sho (a descendant of the Chinese sheng and the Korean seanhwang), a multi-piped instrument capable of playing changing harmonies. This music has extremely deep feeling and first introduced me to the beauty of very slow tempi. When I was studying ethnomusicology at UCLA in 1957-58, a guest lecturer was Dr. Kishibi. He was an extraordinary teacher and even danced Kabuki in class. I will never forget his comment after he put on a recording of some beautiful 9th century court music played with profound feeling by a sizeable ensemble demonstrating intricate performance practice technique and sophisticated orchestration: “And in the West, in the 9th century, we have Gregorian chant!”

Although I am going into overtime, I must mention one other important influence: it is a very high tradition of Oriental Theater, such as Noh plays, Kabuki, some Chinese opera and art film. There is such an exalted level of feeling and thought expressed in certain of these works that I have never experienced anything like it in the theater or film of any other cultures. As two examples, I suggest the Japanese film, The Samurai Rebellion, (1967 film starring Toshiro Mifune, directed by Kobayashi Masaki) and the Korean film, The Tale of Chun Hyang, (directed by Im Kwon-Taek). The stories are too beautiful and poignant to tell in such a short space. This way you can have the pure experience the very first time.

[Read a NewMusicBox conversation with LaMonte Young and Marian Zazeela.] 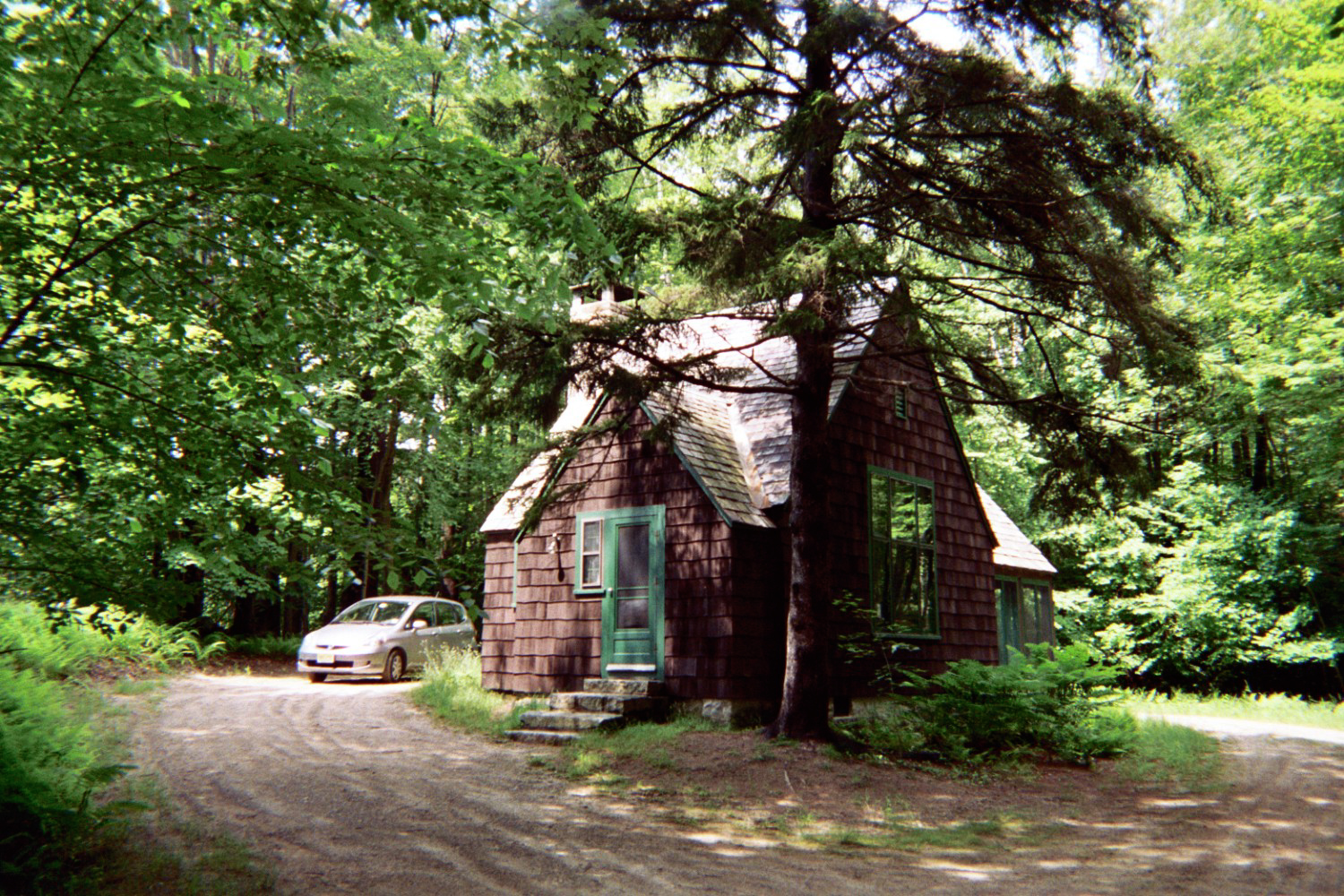