Depending on who you talk to, “extended techniques” can be a loaded term. To one person, the presence of extended techniques makes a piece of music weird and unlistenable, while to another, their absence would indicate music that is regressive and uninteresting. In either case, ears are closed, and a blanket judgment is being made about the quality of the art using a term that should really only be a quantifier. So, first of all, I’d like to clear away some of the subjective baggage that has built up around extended techniques. The most objective way I can think of to define it is this: an extended technique is any action that produces a result outside the fundamental parameters of sound that an instrument was designed to make. This still leaves some ambiguity as to the designers’ intentions, especially when it comes to an instrument as old as mine, the violin. But it’s clear that on the violin, an execution that causes the string to vibrate with maximum consistency and overtone-rich resonance is the primary function of the instrument, which luthiers have worked very hard to cultivate over the centuries. On the other hand, playing very close to the bridge to create a broken, inconsistent sound that reinforces high overtones, while just as beautiful aesthetically, is one example of the great many techniques that fall outside the instrument’s intended function. This distinction is very important for students, since getting the string to resonate consistently is the most difficult thing to master, and is the foundation of most other physical movements on the instrument.

An extended technique is any action that produces a result outside the fundamental parameters of sound that an instrument was designed to make.

As useful as I’ve found this definition as a player and a teacher, it still sets up a dualism that I find troubling. For one thing, it would seem to support the idea that all sounds outside of the core practice of Western classical music represent an extension of that practice, and not a separate identity. To an extent I agree with this – it is very difficult to understand how to play Lachenmann if you haven’t studied Beethoven, as they are strongly connected along the lineage of German music – but this way of thinking excludes artists who have arrived at novel ways of creating sound along a different trajectory. Furthermore, by lumping an incredibly broad array of musical tools into the single category of extended techniques, the implication is that any given sound outside “normal” playing is a shallow, one-dimensional artifact, rather than a component of one of any number of deep reservoirs of practice that have just as much potential for nuanced human expression as the standard technique of the instrument’s original design. 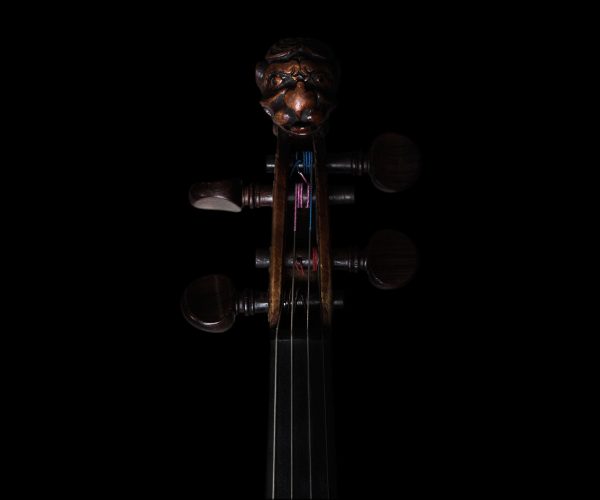 As my own practice on the violin has evolved to a point where the majority of the sounds I make on the instrument could be defined as extended techniques, I wonder if there is a better way to frame instrumental performance practice for the 21st century that, while respecting and continuing traditions, makes room for a deeper engagement with other avenues of expression. I’ve begun to think of this as a holistic approach to sound.

The idea of a holistic approach to sound started to coalesce when I was preparing to record Violin Solos, a series of improvised solo violin pieces for my debut album, Engage (New Focus Recordings, August 3, 2018). I had been working this way for a long time in various contexts, from interpreter to collaborator to improviser, but didn’t have the words for it yet. Planning and practicing for that recording session, and then working to break it all down afterward to write the liner notes for the album, gave me the impetus to look under the hood of my practice and really examine what was happening.

In thinking about my approach to sound, I kept on coming back to the idea of reservoirs. The standard, “romantic” style of violin playing that has been dominant since at least the mid-20th century and that every violin student learns is one reservoir. It utilizes the sounds that the modern violin, paired with the modern bow, were designed to produce – rich and luminous, causing the string to vibrate in a manner that is consistent and sustained. Another, equally deep reservoir encompasses the highly specific timbral study that has been so thoroughly researched by composers like Helmut Lachenmann, Mathias Spahlinger, and many others since (though on a musical level the compositions of Lachenmann and Spahlinger remain deeply connected to the same Germanic tradition that begat “romantic” string playing, on a technical level the sounds represent a radically different engagement with the instrument, requiring an entirely different skill set as a player). Another reservoir is Just Intonation, a practice that has made its way into just about everything that I do. Another might broadly be described as noise-based music. Another that is specific to my individual path would be the sounds and techniques that grew out of collaborative work with my composer colleagues in the Wet Ink Ensemble (Alex Mincek, Kate Soper, Eric Wubbels, and Sam Pluta). Far from a comprehensive list, those are just a few examples of reservoirs that have spoken strongly to me and that I have incorporated into my playing, colored by my unique experiences as a musician. Another violinist would no doubt have some similarities and some differences.

One can dive deeply into any single reservoir and find more than a complete set of tools for musical expression. I think that a piece based completely in scratch tones and pitchless noise has just as much potential to be beautiful as a piece based in fully voiced notes. It’s only a matter of whether it is done well. For me, a mode of personal expression on the violin that feels rich and fulfilling involves drawing from many of these reservoirs and then quickly cutting between them. By engaging with material in this way, the relationship to sound feels less like the ornamentation of a monolithic practice, and more like personal conversations with distinct musical entities.

A mode of personal expression on the violin that feels rich and fulfilling involves drawing from many of these reservoirs and then quickly cutting between them.

All of this reminds me of a quote from Sam Pluta’s writing about his own work, in which he proposes a type of musicmaking where “anything and everything is possible and acceptable at any moment.” It’s an attitude that embraces adventure and innovative modes of expression without demanding an outright rejection of established practices. And it represents a kind of openness to the universe that makes the music of composers like Sam and Anthony Braxton so compelling and inspiring. This isn’t to say “everything is good” – curation and self-criticism must be valued for art to be successful – but that a nondogmatic engagement with sound can yield beautiful results. Never mind whether an artist hails predominantly from one aesthetic camp or another. If there is a sound or gesture that is right for the music, do it.

The music that resonates with me tends to be aesthetically adventurous and open-minded, yet tightly curated. I’ll use a few works that were written for me by some of the Wet Ink composers as examples. Sam Pluta’s Jem Altieri with a Ring Modulator Circuit, for violin and electronics, lives mostly in a world of carefully sculpted noise, but in rare and special moments, when the music needs it, calls on the violin to produce fully resonant pitched sonorities. Kate Soper’s Cipher, for soprano and violin, winds up traversing an incredibly diverse array of musical terrain, from timbral study to art song to psycho-acoustic phenomena, all in the service of a thoroughly logical exploration of language and meaning. Eric Wubbels’s “the children of fire come looking for fire,” for violin and prepared piano, begins with an extremely long overpressure sound on the violin, setting up expectations in the listener about the style and form of the work, which are then subverted as it is revealed that the scratch tone functions as a metaphorical well of sound from which the rest of the highly articulate and virtuosic materials for the piece are drawn. In the case of each of these works, when you pull back and take in the big picture, musical choices that are unexpected or surprising in the moment work together beautifully in the larger context.

Sam Pluta: Portraits/Self-Portraits, performed by Josh Modney and the Wet Ink Large Ensemble. This work begins with a version of Jem Altieri with a Ring Modulator Circuit scored for violin and ensemble.

A successful performance of multifaceted music like this demands a fluency of movement between strongly defined sonic identities. Another way of expressing that is that the music demands versatility. The idea of versatility loomed large as the ultimate goal of my classical training, the key to unlocking a successful career as a concert violinist. I agree with that in spirit, except that the traditional conservatory approach defines versatility very narrowly as the ability to play in the styles of Mozart, Beethoven, Brahms, and Debussy. The idea is that if you can master the techniques required to play those composers, you can play anything. As a teacher, I still think those things are important. The study of classical music is an excellent way to gain fluency in the sounds that the instrument was designed to make, and fluency in the instrument’s primary functions are critical to artistry. But those sounds represent only a small fraction of the tools necessary to thrive as a 21st-century musician.

The music that resonates with me tends to be aesthetically adventurous and open-minded, yet tightly curated.

As a classically trained violinist, I’d like to propose that we expand our concept of versatility on the instrument. What if a new versatility included improvisation, adventurous reinterpretations of antique music, deep engagement with more recent traditions on the instrument, and collaborations with artists on new compositions, sounds, and techniques? Rather than regarding all sounds as extensions of a single dominant practice, let’s treat the established norms of Western classical music as just one of many reservoirs of musical thought in a holistic approach that values many kinds of expression.

Josh Modney is a violinist devoted to creative musicmaking. A “new-music luminary,” “superb violinist” (The New York Times), and “multitasking virtuoso” (The New Yorker) hailed for “brash, energetic performances” (The New York Times), Josh collaborates with a wide array of renowned ensembles and artists as part of a broad scene of adventurous music that exists at the nexus of composition, improvisation, and interpretation. Josh is violinist and Executive Director of the Wet Ink Ensemble and a member of the International Contemporary Ensemble (ICE), and performed with the Mivos Quartet for eight years, a vital new-music string quartet he... Read more »

► ▼2 thoughts on “A Holistic Approach to Sound”