On Tuesday, June 15, 2010, Wendell Morris Logan, an extraordinary composer, distinguished professor of music, and the principal driving force behind the establishment of the major Center for Jazz Studies at the Oberlin Conservatory of Music, died at the Cleveland Clinic in Ohio after an extended illness. He was 69.

Logan was born in Thompson, Georgia, on November 24, 1940, the son of educators. At an early age, he demonstrated exceptional intellectual curiosity and ability and was particularly interested in pursuing challenging creative games. It was, perhaps, his parents’ dedication to education that inspired him to excel academically at an early age and, ultimately, encouraged him to pursue an academic career in the field of music. Throughout his life, he also demonstrated a keen interest in a wide range of creative activities, including photography and the creation of stained and leaded glass artifacts. Following in his father’s footsteps, at the age of eleven Wendell began playing the trumpet and, later, the saxophone.

Professor Logan’s focus as an artist and scholar was music composition. His musical universe was an exceptionally broad one, encompassing the entire history of African American music, the written music traditions of the 20th century in Europe and the United States, and an awareness of a wide range of music cultures in Asia and the Middle East. As a child growing up in a small town in Georgia, he was also intimately aware of African American religious music, folk songs, and the rhythm and blues tradition, especially the music of James Brown, Little Richard, and the Jimmie Liggins band, each of whom frequently visited his hometown. He was also exposed to and deeply influenced by jazz.

I met him at Florida A&M University in 1960, when I was a 23 year old assistant professor of music in my first year of teaching. I remember someone knocking on my office door one day and, when I opened the door, there was an athletically built young man standing there. He asked me if I was Professor Wilson, and, secondly, if I was a composer. I answered affirmatively to both questions, and he indicated that he was seriously interested in music composition and wished to work with me. I didn’t think of him as a student then, because I still thought of myself as a student. However, I did agree to work with him as a mentor, and we spent a lot of time discussing the written tradition of 20th century music and the jazz tradition. I also critiqued his music, introduced him to several 20th century compositional techniques, and encouraged him to pursue graduate study in music composition.

I was surprised that I had never seen him in the music department before our meeting, and he explained that he was a varsity football player on the starting team of the Florida A&M Rattlers and had already completed all of the requirements for the undergraduate degree in music. I recognized immediately that Wendell Logan was a unique individual who possessed exceptional intellectual and athletic abilities, a strong personality and an independent spirit. Ultimately, Wendell and his wife, Bettye, and I and my wife, Elouise, and our young families became close friends.

Logan served on the music faculties of Florida A&M, Ball State, and Western Illinois universities prior to his appointment to The Oberlin Conservatory of Music in 1973. At Oberlin, he initially taught classes in African American music and performance courses in jazz and, in 1989, he was successful in getting the conservatory to establish a major in jazz studies as an area of concentration for the bachelor of music degree. Logan also was successful in recruiting an outstanding faculty of experienced professional jazz musicians and extraordinary talented young students from all over the country, and within a ten year period, the Oberlin Jazz Studies program and its faculty and student ensembles emerged as one of the premiere programs in the nation. The crowning achievement of Professor Logan’s career as an educator was the May 1, 2010, opening of Oberlin Conservatory’s stunning, state-of-the-art Bertram and Judith Kohl Building, a $24 million facility designed to house the Jazz Studies program. The lobby of the Kohl Building was named after Wendell Logan. This magnificent building and the multiple generations of former students, and superb professional jazz musicians who have served as faculty and performed as guest artists at Oberlin, will become a living legacy of Wendell M. Logan’s contributions to Oberlin College.

As a composer, Logan’s work is exceptional in the wide range of human expression that it draws upon and conveys. Central to his musical voice is the capacity to reflect in unique ways the exquisite sensitivity and unabashed musical power of the African American musical tradition, while simultaneously shaping that musical experience by his personal vision of a 20th- and 21st-century human existence. Among his most important compositions in the written tradition are Proportions (1969) for chamber ensemble, which I had the honor to publish an article about, and to conduct for its California premiere; Runagate, Runagate (1989), a musical tour de force based on the poet Robert E. Hayden’s poem about a fugitive slave, composed for the superb tenor voice of the late William Brown and performed by Brown and the Black Music Repertory Ensemble at Alice Tully Hall in its New York premiere in 1990; and Doxology Opera: The Doxy Canticles (2001) based on a libretto by Paul Carter Harrison. To these three compositions, I must add two additional outstanding chamber ensemble pieces: Moments (1992) which was recorded in 1998 on the ACA Digital Recording label by the Thamyris Ensemble; and Transition (2005), commissioned by the Fromm Foundation and premiered by the San Francisco Contemporary Music Players. Logan also had a great affinity for setting the texts of African American writers throughout his career. Among his early works, Songs of our Time (1969) was based on texts by LeRoi Jones, Gwendolyn Brooks, and W.E. B. Dubois. Ice and Fire (1975), a duet for soprano and baritone with piano accompaniment, is a striking setting of two poems by the poet Mari Evans entitled “If There Be Sorrow” and “Marrow of My Bone.” Many of these compositions were recorded on Orion Records.

Collectively, all of the works mentioned above, as well as his jazz compositions, established Wendell Logan as one of the most original and independent American composers of his generation. Among the awards he earned as a composer were four awards from the National Endowment for the Arts, several ASCAP awards, three Ohio Arts Council grants, a coveted Guggenheim Fellowship, the Cleveland Arts Prize in Music in 1991, and the Lakond Award from the American Academy of Arts and Letters in 1998. Logan was also selected as a resident fellow at the Rockefeller Foundation’s Bellagio Study and Conference Center in 1994.

Logan’s music created in the jazz tradition also reveals a unique imagination, consummate technical skill, and a rare ability to communicate directly to a wide range of listeners. The well-known jazz trumpeter from Detroit, Marcus Belgrave, who has been a member of the Oberlin Jazz Studies faculty for ten years made the following statement about Logan:

Logan was very businesslike, always had in his mind what to do down the road. That’s why I’m so proud of him, because he always had such a good vision of what he wanted to do. He felt jazz should be shared by everyone.

Among Logan’s large catalog of jazz compositions and arrangements are several compositions recorded on the album Hear And Now (1990) by the Faculty Octet, plus the compositions “Shoo Fly” and “Remembrances” featured on the 2007 compact disc entitled Beauty Surrounds Us. 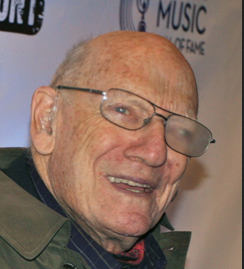