A few weeks ago, I saw an advert online that mentioned the Kronos Quartet was going to be in town to accompany a documentary at the Wexner Center for the Arts in Columbus, Ohio. After writing an email to my students more-or-less stating, “You need to go to this—please GO!” (and hyperlinking their infamous stint on Sesame Street), I excitedly purchased a ticket myself and offered to drive any student who needed a ride.

The documentary was about the Kronos Quartet members themselves. After a consortium of arts organizations (including the Wexner Center) commissioned filmmaker Sam Green to create one of his “live documentaries” (which pair film footage with the live performance of the soundtrack and narration from the stage), he approached the Kronos Quartet and asked if he could not only make a live documentary about them, but also if they would perform a compilation of their greatest hits while the film about them was playing in real time.

Kronos thought this was a brilliant idea.

A Thousand Thoughts chronicles the Kronos Quartet’s 45-year history through Green’s live narration, archival footage, and interviews with various (now) well-known composers and musicians. It tells the story of their early days in San Francisco and all their efforts to transform the stodgy string quartet into something hip and cool. David Harrington, the co-founder of the Kronos Quartet, sums up both the quartet’s mission statement and the thesis of the film in this way:

I’ve always wanted the string quartet to be vital, and energetic, and alive, and cool, and not afraid to kick ass and be absolutely beautiful and ugly if it has to be. But it has to be expressive of life. To tell the story with grace and humor and depth. And to tell the whole story, if possible.

While I was watching this live documentary, I realized that the Kronos Quartet was not only hip and cool, but also absolutely relevant and meaningful.

How did they do this?

While watching the film and being completely captivated by the wonderfully interwoven live narration, music, and interactions with the audience, there came a point in the story during which the quartet was hit with a slew of devastating tragedies. Cellist Joan Jeanrenaud, who had been with the core quartet for a good 20 years, left the ensemble in 1999 when she was diagnosed with multiple sclerosis. Violist Hank Dutt lost his partner to the AIDS epidemic in 1993. And in 1995, David Harrington, the fearless leader of the group, suddenly lost his son during a hiking trip with his family. If the 1990s weren’t bad enough for the quartet personally, they too experienced the tumultuous 2000 presidential election, the 9/11 attacks, and the wars in Afghanistan and Iraq. In fact, after the devastation of the losses Harrington and his quartet weathered, and with another controversial war brewing (one that had similarities to the Vietnam War, a war that he protested in his youth), he wondered why he was playing in a string quartet and if making music was worth it.

At that moment in the documentary, I wanted to shout to both the on-screen David Harrington and the on-stage David Harrington, “This is how I felt about the Iraq war too! This is how I feel now! We’re still supposed to make music, right? Please say yes?” And it was at this point that I paid very close attention to the film because I was hoping to discover what I needed to do as a composer when things got rough, depressing, or downright heartbreaking.

I was hoping to discover what I needed to do as a composer when things got rough, depressing, or downright heartbreaking.

In his search, Harrington had an opportunity to chat with Howard Zinn, historian and civil rights activist, about his true purpose in life. He asked, what was his role? What can a normal person (or even an artist person) do in this time to fulfill the needs of other people?

Now, you may have heard something similar to this before. I’m certain that unavoidable Leonard Bernstein quote has resurfaced 11 times in this year alone, the one where Bernstein responds to the assassination of John F. Kennedy by stating, “This will be our reply to violence: to make music more intensely, more beautifully, more devotedly than ever before.”

However, I’m not only talking about violence or politics here, per se. We should create beautiful and ugly music no matter what—that is our mandate. In fact, we composers and performers have always been commenting on everything and anything that inspires and influences us. Granted, we’ve been indirectly commenting on political things, too. And whether you know it or not, we are always creating a reflection and reaction to the political environment around us.

I just want us all to be aware of it. I want us to be more woke. 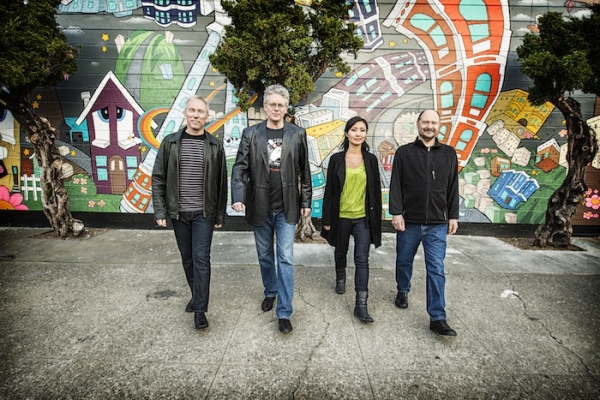