I’ve been a fan of Billie Jean Howard’s blog By Measure ever since I noticed her profile of violinist Austin Wulliman not long after I moved to Chicago. In each post on By Measure, Howard photographs the home/studio environment of a Chicago musician and asks the artist a few questions about life, work, and space. Although the photographs are never posed, and Howard states unequivocally that she is not a photographer, By Measure has a stylish, sun-splashed, unfussy aesthetic that’s drawn me back as a reader for years.

By Measure also offers the voyeuristic pleasure of vicariously poking around another artist’s home. Is there a mess on the desk? Evidence of vice or obsession? A disruptive cat or two?

Howard essentially created By Measure as a way to inspire herself and others–to find and document positive role models of functional, working artists. “I do this project so I can understand what motivates musicians and composers to keep producing,” she explains. “I like to see how they work with what they’ve got, since many of us don’t have a big budget.”

Howard photographs not only airy Chicago apartments but also the dark practice rooms of rock bands. “I especially wonder about bands who have tiny, drab rooms with no windows. How do they write songs and not get into fights?”

When I spoke with her, Howard was vacationing at her grandparents’ home in North Dakota, fresh from a week volunteering at the Girls Rock! Chicago summer camp.

Ellen McSweeney: So, you do this project in order to see what motivates people to create. What kinds of things have you walked away with, in answer to that question? What are some of the things that motivate people to keep working?

Billie Jean Howard: I think some people might just have this inner need to create, so they just keep doing it. Or, in the case of classical musicians, always striving to be better. There’s this innate thing—to keep on going. For other people, it’s just where they get their enjoyment. They have day jobs, and they spend their free time doing it.

EM: What drew you to photograph artists in their home environments?

BJH: I felt like there weren’t many options to see how musicians actually work. You see them on stage, performing, but that’s not where they spend the majority of their time. So I wanted to see how people spend the majority of their time, how they work, to motivate myself—and take away more positive ways that people work with their space, or work with whatever situation they’re in, to stay motivated. And I’m also always interested in little details: what art they have on the wall, what little trinkets they have collected. Everything has a little story and it’s just interesting to see what people surround themselves with.

EM: Yeah! The blog sort of has a delightful Pinterest-y, Apartment Therapy quality—except for real people.

BJH: That’s what I wanted—to get away from this sense of Apartment Therapy or Dwell, or those really high-end interior publications where everything looks so pristine and you wonder how long they spent staging it. I like to come in—sometimes I’ve never seen the space before—and start taking photos; I don’t change anything. I’m interested in seeing how people live and work, rather than some floral arrangement.

I was really inspired by The Selby blog. It’s blown up—he has books now, and it’s quite posh—but the early posts are my favorite.

EM: Have you ever photographed an idea on your blog that you ended up really wanting to take back into your own space?

BJH: Recently I went to Fred Lonberg-Holm’s place, and it was like you could feel the layers of the years of his performing and working in that space. I loved how cheerful it was—he had so many posters and things on the wall, and a setup for him to play cello with all his pedals. But he also has a little table with a sewing machine on it! I guess that’s what he does when he’s listening to music. He has a space within his creative space to get away from his own music. That showed me that it doesn’t have to be all about work, or practicing.

What I want in my band practice space is to have a little area to sit that’s not at our instruments. Sometimes we don’t want to play—we just want to talk for a long time.

Fred Lonberg-Holm in his studio.

EM: I love the picture of Matthew Shelton sort of squatting in a room that looks like he just moved into it. I’ve read a lot of conflicting things about whether a messy workspace is a good sign or a bad sign for an artist. What has been your experience with artists whose space is messy?

BJH: When I started the blog, I was hoping to get more of those messy shots. I get the feeling a lot of people, when I come to their space, they’ve cleaned up. Or we hang out for an hour while they’re cleaning. And I’m always a little disappointed, but I understand they don’t want certain things on the Internet. Matthew doesn’t live in that space I shot—that’s just his studio—so maybe he feels more free to make a mess.

EM: When you’re photographing those small details that capture the musician’s personality, what kinds of things do you look for?

BJH: I like to get shots of the desk—usually there’s a desk, or a surface, that has a laptop and then tons of other little trinkets, or things that they need for their instrument, or books or CDs that they happen to have out. That shows what they’ve been thinking about or listening to: what’s been influencing them. Whether they have lots of little tiny toys from Kid Robot or they have more folky things, I find it usually goes along with their music. And then I try to get a photo of the space as a whole, which is maybe the hard part. Sometimes the space is small and I can’t back up far enough to get the whole room in.

Detail from the studio of Ronnie Kuller

EM: How about artists who share space with others, whether a partner or roommates? Have you noticed differences there? I feel like this photo of Jeff Kimmel immediately suggests that he lives with a very neat person. Or else, he’s a neat freak improviser. Do you remember which it is?

BJH: Right! Sometimes they’re married or they have a roommate, and so the living space—which might be where they practice—is shared. In Jeff’s case, I think he always just puts his stuff away. He’s got a small instrument that he can just pack away, so you don’t notice it. If the musician is a pianist, the piano is always out—you can tell it’s a musician’s space.

There’s other situations I’ve seen where they clearly split up the room, because the other half belongs to another band. Sometimes I’ll photograph the “other artist” because it looks so neat. Emma Dayhuff is a jazz bassist. She was sharing a space with a harpsichordist who also repairs harpsichords, so there were bits and pieces of harpsichord everywhere, and a workbench, and tools. She’d play her bass in the middle of the room and there were these harpsichord bits everywhere.

A detail of Alex Temple’s studio

BJH: Yes. Many people have a computer out. Seems like everyone is trying to record themselves, whether to release it, or for a demo, or to hear themselves.

EM: Do you feel like there’s anything distinctly Chicago about your blog? I do.

BJH: I’m curious that you think that, because I’m not sure about whether there’s anything distinctly Chicago about it. Except that most apartments do have the same layout, and most bands do rent these little tiny rooms. People have more space than New York.

EM: That’s exactly what I was thinking. People in New York would probably marvel at the amount of space we have, while people in the suburbs or other parts of the country might feel like we are living in cramped quarters. It’s that sort of sprawling Midwest urban happy medium.

BJH: That is a nice thing about living here—you can find affordable places and the space.

EM: I think it’s also very Chicago in the way that so many of these musicians exist in multiple scenes: pop and classical, notated and improvised, acoustic and electronic. There’s an unpretentious, non-dogmatic way that the musicians conduct their careers, and it’s evident in the photos.

BJH: That’s true! And I’ve been trying to branch out and photograph older musicians, with more established careers. But I get shy. 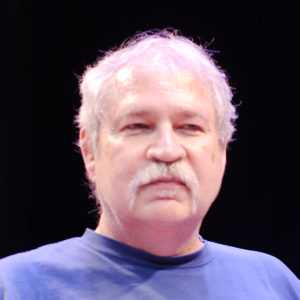 ► ▼2 thoughts on “All Up In Your Space: Billie Howard on How Artists Live”