ASCAP Foundation President Paul Williams has announced the recipients of the 2015 ASCAP Foundation Morton Gould Young Composer Awards. Selected from an application pool of more than 600 submissions, 28 young composers (plus an additional seven accorded honorable mention) will be recognized at the annual ASCAP Concert Music Awards at Merkin Concert Hall in New York on May 21, 2015. The award-winning composers share prizes of over $45,000, including the Leo Kaplan Award, in memory of the distinguished attorney who served as ASCAP special distribution advisor, the Charlotte V. Bergen Scholarship for a composer 18 years of age or younger, and grants from The ASCAP Foundation Jack and Amy Norworth Fund. Jack Norworth wrote such standards as “Shine On Harvest Moon” and “Take Me Out to the Ballgame.” Award recipients receive complimentary copies of Sibelius software, donated by Avid.

The 2015 Morton Gould Young Composer Award recipients are listed below with their current residence and place of birth and their award-winning compositions:

The youngest ASCAP Foundation Composer Award recipients range in age from 13 to 16 and are listed by state of residence:

Established in 1979 with funding from the Jack and Amy Norworth Fund, The ASCAP Foundation Young Composer Awards program grants cash prizes to concert music composers up to 30 years of age whose works are selected through a juried national competition. These composers may be American citizens, permanent residents, or students possessing U.S. student visas. Morton Gould, a Pulitzer Prize-winning composer, served as president of ASCAP and The ASCAP Foundation from 1986-1994. Morton Gould, an eminent and versatile American composer, was a child prodigy whose first composition was published by G. Schirmer when he was only six years of age. To honor Gould’s lifelong commitment to encouraging young creators, the annual ASCAP Foundation Young Composer program was dedicated to his memory following his death in 1996. The ASCAP composer-judges for the 2015 ASCAP Foundation Morton Gould Young Composer Awards were Lisa Bielawa, Steven Burke, Sebastian Currier, Daniel Felsenfeld, Robert Paterson, Alvin Singleton, and Aleksandra Vrebalov. More information about these awards is available on the ASCAP website. 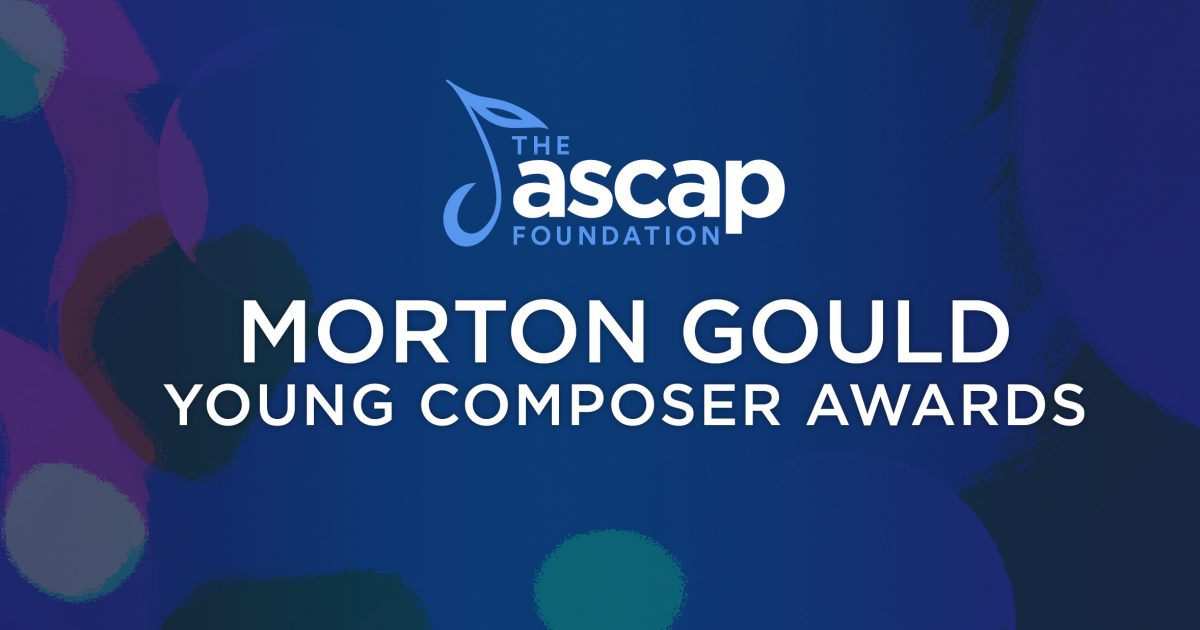