Tower Records — the legendary, uber-mega record store chain — was long gone before its founder-owner Russ Solomon died recently at the age of 92. If you were born, say, after 1996, you have lived entirely in an age where you are only a digital download away from your music. No one would deny the convenience of having studio-quality sound at your fingertips, especially if you are a radio DJ. However, when brick-and-mortar record shops went the way of the analog dinosaur, some very important, humanistic interactions that advanced the music culture went with them: namely, the group experience of listening, evaluating, debating, and enjoying music face-to-face.

I knew that experience very well as the Jazz Buyer for the Towers Records store at 2000 Pennsylvania Avenue, NW, Washington D.C. from 1987 to 1989. I came there from a smaller, but distinguished local chain, Olsson’s Record & Tape on 19th and L, NW, a few blocks from the old NPR headquarters. The move from the former to the latter was akin to moving up from the minors to the big leagues. My jazz room at Tower was larger than the entire Olsson’s store I came from! We had the deepest jazz collection in the city, and what we didn’t have, we could order faster than anybody else.

There was an expectation that jazz would be profitable.

So there I was, 26 years old (but looking 16), running a jazz department for one of the world’s largest record stores. The perks were manna from music heaven: I picked the music played in my section; I got promos galore; and, most importantly, I got on the guest lists to see jazz artists who played at Blues Alley and One Step Down—two of DC’s best jazz clubs. But it was so much more than those spoils for me, because it was at that position that I got to see the business of jazz from a multitude of perspectives. In addition to working at Tower, I was also working as a freelance reporter/producer at NPR, and I was a substitute DJ at WDCU-FM, the University of the District of Columbia’s station. I got a chance to see first-hand how a record played in a record store or on the radio becomes popular, and how the record companies market and promote their product, especially if one of their artists is coming to town for a gig. More importantly, I saw all of this during the so-called Young Lions period of the ‘80s, when, much to the chagrin of veteran musicians, younger and more marketable whippersnappers enjoyed the benefit of full label support: posters, pre-recorded interviews and radio voiceovers, tickets to gigs and in-store appearances. It shouldn’t go without saying that there was an expectation that jazz would be profitable, visible, and accessible — a far cry from today.

The storefront of the Tower Records in Washington D.C. (Photo courtesy of the Center for Sacramento History, Tower Records Collection.

The video department of the DC Tower. (Photo courtesy of the Center for Sacramento History, Tower Records Collection.

But I wasn’t a one-man show at Tower Record – far from it! I worked with a fantastic crew of fellow jazz travelers: Herb Harris was a teenage college student and tenor saxophone colossus-in-the-making who went on to record with pianist Marcus Roberts on his critically acclaimed LP, Deep in the Shed as well as with Wynton Marsalis. Katea Stitt, the daughter of alto sax legend Sonny Stitt, is now the program director of DC’s WPFW-FM.  Bill McLaurin, a radio veteran who came to Washington from Philadelphia’s jazz powerhouse, WRTI-FM, hosted a very popular show on WDCU-FM and, would later go on to make history as the first African-American store manager in Tower’s history. He stayed with the company for nine years.

We deeply respected each other’s takes on the music. We would often get into some long convos and debates about the music, sometimes for hours at a time. This was much to the horror of our store managers but to the delight of our customers, who not only listened but would often join in on our extended verbal jam sessions and leave with more music than they intended to buy.

I marvel at the customers we had.

When I think back to that time, I marvel at the customers we had. Some were famous: Senator and ex-New York Knick Bill Bradley asked me to recommend three jazz trombonists for his nephew, and he bought albums by J.J. Johnson, Robin Eubanks, and Kai Winding. I distinctly remember the rejected Supreme Court nominee Robert Bork sifting through the bins before heading on into the classical department in the next room. There was Fred Kaplan, a graduate of Oberlin College and MIT, who became a superb journalist, covering international relations and foreign policy for Slate, as well as the author of several books including 1959: The Year That Changed Everything and Dark Territory: The Secret History of the Cyber War. And then there was Mr. Ellis Marsalis, the pianist/patriarch of that famous Crescent City family who had just moved from New Orleans to Virginia Commonwealth University in Richmond, and who would perform in D.C., often at the One Step Down, which was about ten minutes walking distance from the store.  I remember Mr. Marsalis going through every bin from A to Z, pointing out to me which musicians and recordings were important to study. He insisted that I check out Louis Jordan, whom he considered to be a key transitional figure in jazz and R&B. 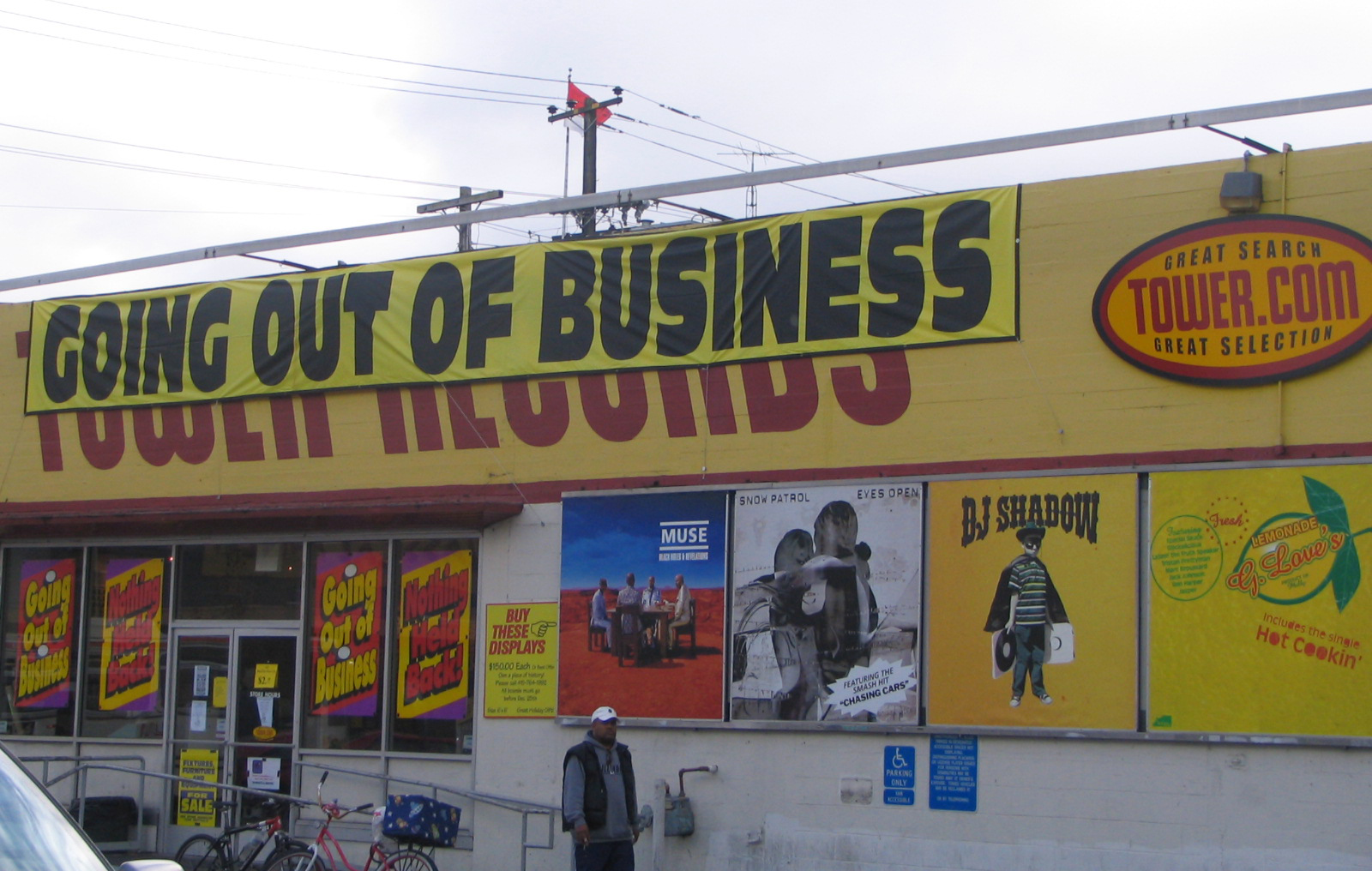 I left Tower in 1989, to work at NPR fulltime as a production assistant. The next year, I worked for about nine months at The National Jazz Service under the direction of Willard Jenkins, then left D.C. for Atlanta and became the program director of radio station WCLK-FM. Even after I left Tower, it continued to play a significant role in my jazz life, as evidenced by the many articles I wrote for Tower Pulse! magazine, under the editorship of Marc Weidenbaum. In those days, the magazine, pound-for-pound, held its own against bigger-name periodicals and was free.

…a lost anthropology of how people listened to, loved, and bought music…

It wasn’t until the mid-90s that I saw the writing on the wall: that the days of Tower – and of the mega-record store – were coming to an end. There were rumors of something called MP3 files, where you could download digital copies of your favorite tracks to your computer. It didn’t take a genius to conclude that this would eventually make redundant the need for behemoth record stores. By the beginning of the 21st century, Tower Records stores were closing, and with them a kind of lost anthropology of how people listened to, loved, and bought music. I’ll miss the little things that went on between the record store worker and the customer that young people today would consider alien: like when somebody asked you for “the grandma song,” and you knew she meant Dianne Reeves’s love letter to her grandmother, “Better Days,” or the dude who didn’t know the name of that Al Jarreau song, but thinks you’d know it when he attempted to scat it! Sadly, track-identifying apps have all but eliminated the need of those musical detective skills.

But just as vinyl made a comeback after its supposed demise, maybe in a future time, people will want more than the digital domain can deliver, and the retail records store will reemerge, reborn and remixed to suit the day. In the words of Ornette Coleman, “Tomorrow is the Question.”