While much of the public debate about diversifying classical music has been about discovering the composers themselves and what makes them unique as people, there has not been as much attention drawn to the lack of academic resources that show the incredible craft and process behind their compositional output. Therefore, this week in this series on building curriculum diversity, I’ll focus on resources for music theory classrooms—specifically, analyses of works by women composers.

Laurel Parsons and Brenda Ravenscroft are the editors of Oxford’s new series Analytical Essays on Music by Women Composers. This exciting new series will consist of four volumes, the first of which was recently published on Concert Music 1960–2000. Future volumes will collect other historical essays, and my personal favorite, Electroacoustic, Multimedia, and Experimental Music, 1950–2015 (forthcoming), will include essays on works by Laurie Anderson, Pauline Oliveros, and Björk. Parsons and Ravenscroft graciously agreed to answer some questions about their inspirations and current projects.

Anne Lanzilotti: What inspired you write/edit Analytical Essays on Music by Women Composers?

Laurel Parsons: In the late 1990s while writing my dissertation on the music of British composer Elisabeth Lutyens, I began to notice how rare it was at music theory conferences to hear analysis papers on compositions by women, and by “rare” I mean one or two, but often none. The 2002 CSW Special Session with analysis papers on the music of five women composers was the first time there had ever been more than two in a single conference, but then the numbers dropped again. And the representation of female composers’ music in major music theory journals was even lower.

Then in 2006 a grad student told me how she’d been discouraged from doing her dissertation on a female composer because her advisor said her research would be considered marginal and she wouldn’t be able to get a job. That made me think something really needed to be done to signal that this kind of research didn’t have to be marginal, that it could be a legitimate and exciting research path. Writing my own articles wouldn’t be enough—there needed to be a critical mass of scholars publishing all in one place.

Since I hadn’t done anything like this before I needed a collaborator and thought Brenda Ravenscroft would be ideal. So I was thrilled when she agreed, and it’s been a fabulous partnership. We’re still friends!

Brenda Ravenscroft: The collaboration has been particularly important as this project has developed and expanded. Our initial concept was rather modest: a single collection of essays on music by women composers from all periods. However, our first call for proposals resulted in a surprisingly high number of submissions, and we realized that we had enough material for several collections. This evolution in scope and scale is important: a single volume suggests that music written by women is rare and focuses attention on the gender of the composers. Four volumes organized by time period and genre shifts the focus to the range and depth of their compositional activities. But working on multiple volumes simultaneously is not a small task, and that’s where our partnership has been essential!

In less than a decade, we’d like to see the term “female composer” seem as ridiculous as “lady doctor.”

BR: It’s tempting to say “because it’s 2017!” But it’s not just about equity. I believe strongly in the phrase “if she can’t see it, she can’t be it.” Women need to be represented so that younger generations—both female and male—know that being a composer is a viable ambition for a young girl to have. If women are not included in curricula and histories, we run the risk of their absence being accepted as some kind of unquestionable natural state. We need to actively resist this by ensuring women and their music are present in our classrooms and concert halls. In less than a decade, we’d like to see the term “female composer” seem as ridiculous as “lady doctor.”

AL: How did womeninmusictheory.wordpress.com start?

LP: During my term as CSW chair [Committee on the Status of Women (CSW) of the Society for Music Theory], one of our members, Jane Piper Clendinning, came up with the idea of an online situational mentoring program where SMT members who needed to talk through a gender-related career issue could contact a volunteer mentor directly and anonymously without having to go through a program administrator. Around the same time, a friend of mine who is a female philosopher had introduced me to the blog “What is it Like to be a Woman in Philosophy?,” a forum where women could post anonymized accounts of their experiences in the field. I’d been thinking that something like that would be useful for the music theory community, so the CSW decided to launch our own blog. Stefanie Acevedo, our grad student member, did a beautiful job of setting it up, launching, and managing it in those first couple of years.

Chen Yi’s Symphony No. 2, one of the pieces analyzed in Analytical Essays on Music by Women Composers: Concert Music from 1960-2000.

AL: Could you describe your involvement in the CSW, and how that evolved into this resource?

BR: We’ve both been involved in the leadership of the Society’s Committee on the Status of Women; I chaired it from 2006–2009 and Laurel held that position from 2012–2015. Our engagement in the CSW gave us the opportunity to create conference sessions focused on relevant topics—professional development for female theorists, analysis of music by women, feminist theory—to advocate for women within a Society that has a 70/30 ratio of male to female members, to support female theorists, and to build resources such as the blog.

LP: In addition to CSW mentoring programs, announcements, and posts about various issues, the blog provides a space for resources such as the SMT Guidelines for Non-Sexist Language, the CSW guidelines on preparing and answering interview questions, its Wiki Bibliography on Women and Gender in Music, and sample course syllabi for courses on women and music. There’s a lot to explore.

AL: Could you talk more about the mentoring program?

LP: The CSW actually offers three mentoring programs. The Proposal Mentoring program, launched in the early 2000s, pairs junior female scholars or grad students with experienced mentors who will read their draft conference proposals and provide constructive feedback. I was the grad student representative on the CSW at the time, and we developed it out of concern for the fact that women were giving a lower proportion of the papers at our annual conference than their proportion in the Society. The Article Mentoring program rolled out in 2012 and works in a similar way for drafts of articles for publication, since there’s been a similar discrepancy between membership and publication rates. It’s been great to see these discrepancies narrow and hopefully this trend will persist.

The newest addition is the situational mentoring program called Ask Me!, the brainchild of Jane Piper Clendinning that I mentioned earlier. Launched in 2015, it allows any Society member with a gender-related career problem to directly contact a mentor whose own experience and expertise best matches their own situation, while protecting their own privacy to the degree they choose.

AL: What are some resources that each of you use for discovering new (or forgotten) composers?

LP: There are several lists of female composers online, and playlists of their music such as the Spotify list 1200 Years of Women Composers: From Hildegard to Higdon. Of course there are also important print resources such as Karin Pendle and Melinda Boyd’s Women in Music, or the anthologies edited by James Briscoe. The BBC’s Celebrating Women Composers pages are a marvelous resource, as is the Canadian Music Centre’s Composer Showcase although it’s not specifically devoted to female composers. Hildegard Publishing, ClarNan Editions, and A-R Editions deserve a mention here, too, along with societies like Women’s Philharmonic Advocacy and the International Alliance for Women in Music.

But our greatest discoveries have often come courtesy of authors who have responded to our calls for proposals. We’ve often received proposals on music by composers we’ve never heard of, and it’s been tremendously exciting to listen to all this “new” music even if we haven’t been able to accept every proposal. There’s just so much more out there to discover!

Saariaho’s speaks about From the Grammar of Dreams, which is also the subject of one of the analyses in Analytical Essays on Music by Women Composers: Concert Music from 1960-2000.

BR: Because music by female composers is more often performed than written about, I find reading concert reviews from international venues, looking at programs, and, of course, going to concerts can alert one to new names. It’s not systematic, but can be illuminating. Ironically, existing efforts to highlight overlooked composers rarely include a single female name. In an email that went out to the Society for Music Theory list a few years ago soliciting work on neglected composers, 46 of the 47 names were male!

AL: Do you have any words of encouragement for performers/scholars/educators who are trying to figure out how to make a difference, big or small?

Our goal is that the composer’s gender becomes unremarkable so that the focus of attention is the remarkable music.

BR: It doesn’t matter how small your contribution seems to be—including a single work by a female composer in a recital or radio broadcast, using an excerpt from a piece by a woman to demonstrate the German augmented sixth (Molly Murdock’s new website Music Theory Examples by Women is a great resource for teachers). Every effort counts towards making a difference and normalizing the inclusion of music by women. Our goal is that the composer’s gender becomes unremarkable so that the focus of attention is the remarkable music.

LP: Unless of course there’s evidence to suggest gender and music are significantly intertwined in a composition, but that’s another conversation.

You know, when we started out we were doing it out of a sense of equity and there will always be an element of that. But after years of reading all these essays and listening to all this music, we do it now because we’ve learned just how rich that mother lode of music by women really is, and we want other people to have the same terrific experience. So there’s no need to be motivated by a sense of duty—be motivated by the fact that there’s a world of wonderful, fresh repertoire out there waiting for someone to discover and share. 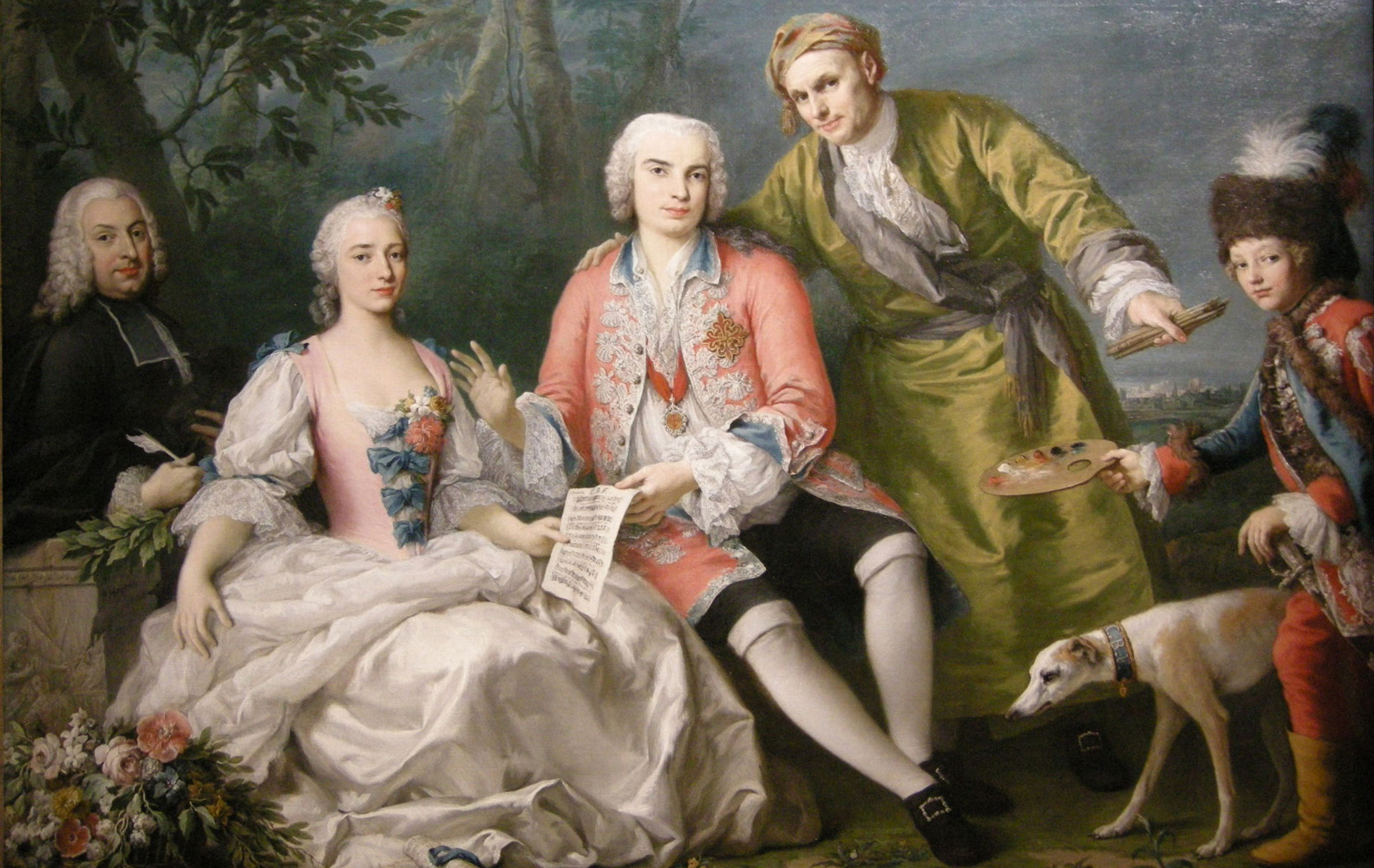