Like Alice in Wonderland, I can’t tell if the Spektral Quartet is getting bigger or smaller.

At the quartet’s Saturday night concert, Snowpocalypse Antidote, I had the opportunity to reflect on “miniaturization” and the pleasure of small forms. Both in the evening’s single-movement “sampler pack” concert format, and more obviously in the quartet’s ringtone project Mobile Miniatures, Spektral is making a career of embracing the small, the brief, and the compact.

Yet they’re “doing small” in a very big way. After all, those ringtones may be miniatures, but there are more than 100 of them. And the concert may have been comprised of single movements, but to me and my companions that evening, it felt like a major program indeed.

One critic friend of mine recently described such concert formats as almost unreviewable, claiming that the potpourri of movements is anathema to a cohesive, comprehensible program. I haven’t attended one of Spektral’s sampler packs for a while, but I’ve had my skeptical thoughts too, especially as the quartet has made the format a touring mainstay and selling point. Yet my doubts dissolved in Saturday’s joyful atmosphere at the simultaneously posh and cozy Logan Center “performance penthouse.” The assembled listeners were like a large dinner party enjoying, one after another, the delightful achievements of seven excellent cooks. It was a tasting menu, to be sure, but the portions were substantial. And most importantly, when the main course arrived–Dave Reminick’s new work The Ancestral Mousetrap–the audience was fresh, energized, and ready to listen carefully to a five-movement world premiere.

The first work performed was American composer Stephen Gorbos’s Passage Through the City, which takes as its inspiration the experience of “walking Chicago’s city streets.” The work was created with project support from local arts incubator High Concept Labs. Gorbos, a Maryland-based composer, has written an approachable piece evoking the grind of Chicago’s streets in every sense: the earnest hard work, the often inhospitable climate, and the constant, admirable hum of human endeavor. The quartet’s palette here was one of luminous, mellow timbres, gorgeously matched.

Although violist Doyle Armbrust announced from the stage that the quartet had neglected–oops–to include much “slow music” in this program, it was the quartet’s refinement and sensitivity that emerged most clearly throughout the evening. The opening of Beethoven’s Op. 132 had a courageous sense of introversion; Chris Fisher-Lochhead’s reimagining of James Blake’s I Never Learnt to Share had gorgeous stillness and lyricism; Haydn’s Op. 33 slow movement featured a poised and tranquil solo from Armbrust. The playing of the quartet’s newest member, violinist Clara Lyon, has a particular brand of elegance which has expanded the quartet’s sound world in a lovely way.

Dave Reminick’s highly anticipated new work for “singing string quartet,” The Ancestral Moustetrap, burst onto this polished and refined stage with an impolite roar. Reminick’s concise, funny, and often dazzling music has found an able playmate in the poetry of Russell Edson–or perhaps it’s the other way around.

Edson, a cult figure commonly referred to as the “godfather of the prose poem,” died in April, while Reminick’s Ancestral Mousetrap was still being composed. As a literary figure, Edson was a firm iconoclast who once claimed to strive for a voice “having no more pretension than a child’s primer. Which may,” he added, “be its own pretension.”

In his 1975 essay entitled “Portrait of the Writer as a Fat Man,” Edson wrote:

How I hate little constipated lines that are afraid to be anything but correct, without an ounce of humor, that gaiety that death teaches! …

How I despise the celebrity poet!

You get the idea. Edson marched to his own drum.

In terms of their form, Edson’s poems are provocative in that some people didn’t think they count as poetry. In terms of their subject matter, they are provocative because they contain what literary critic Sarah Manguso described as “lots of defecation, lots of procreation … lots of animals, particularly monkeys … And let’s not forget: lots of old men and lots of death.”

It’s the death, and particularly the decay of the body, that Reminick’s text selection reveals a keen interest in. Two of the poem/movement’s titles, “Killing the Ape” and “Bringing a Dead Man Back to Life,” speak death for themselves. Two others, “The Old Woman’s Breakfast” and “Oh My God I’ll Never Get Home,” feature the disintegration of the human body. The final, “The Ancestral Mousetrap,” is the most lyrical, describing the trap’s cheese bait:

A mouse would steal this with his death, this still unspent jewel of intent.

Reminick’s score, and its performance Saturday night, was bracing, original, and often jaw-dropping. The first movement, “Killing the Ape,” offers a startling take on the soli/tutti vibe of a concerto grosso, as violinist Austin Wulliman and violist Armbrust each alternate between his usual instrument and a second, gamba-style instrument held between his legs. This movement makes excellent use of the ultra-slow bow speed that creates an unpitched click from individual “grains” of the bow hair. Armbrust, in particular, got his bow to click so loudly that several audience members jumped. All this was delivered beneath Lyon’s ballsy, unaffected delivery of the sung text. In terms of singing in The Ancestral Mousetrap, this is Lyon’s big jazz solo, and her earnest, amateur lounge singer vibe was appealing.

The second movement, “The Old Woman’s Breakfast,” uses all four singing voices for the first time. Here, the quartet alternates admirably between singing in barbershop-style harmony and delivering the composite text a few syllables at a time. Throughout the piece, Wulliman and cellist Russell Rolen both reveal vocal and dramatic skill. It is a delight to hear their musical instincts take new form as they make choices about vocal vibrato, glissandos, and affect.

In the subsequent movements, “Oh my God I’ll Never Get Home” and “Bringing a Dead Man Back Into Life,” the story the players tell becomes more and more gruesome. (In a particularly memorable moment, Armbrust delivers the text “They slap his face. His cheek comes off” with sprechstimme gusto.) The horror of the musical and poetic scenario, with its grotesque insistence that the dead man “respond,” peaks as Wulliman cries: “No use! Under his jacket nothing but maggots and ribs! No use!”

Edson’s favorite grisly topics rarely make it to the concert stage, and for bringing them there in such bold fashion, Reminick is to be heartily congratulated. But there is more to Edson’s poetry–and Reminick’s piece–than the shock value of bodily function and decay. Hidden inside Edson’s horrific images are elegant fragments possessing the balance and mystery of a Zen koan: “the ape climbing out of the ape”; “the porridge into herself, or herself into the porridge”.

In the space between brutality and contemplation, a uniquely tender and comical musical work has been born–one that pays unrepeatable homage to the now-deceased poet. In these poignant renderings of Edson’s death-obsessed texts, we get the message loud and clear: It’s not funny that we’re all going to die, but then again, it is. 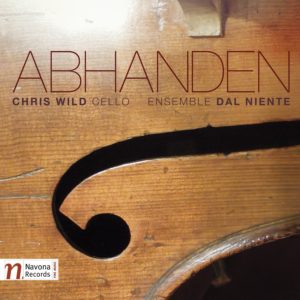 ► ▼One thought on “Chicago: The Spektral Quartet goes to pieces (and rots)”