At around 9:30 at night on January 30, Ezra Sims passed away in his sleep, lovely and soothing (as the Whitman goes), after a heroic struggle against the infirmities that had plagued him for the past few years. His frustration was palpable, his suffering devastating, but still, I couldn’t help but snicker when he would complain to his doctors about his failing mind—which, even at what he felt was diminished capacity, could pull the first sentence verbatim from a book he’d read 15 years earlier. Or remember a theme from a Schumann Symphony or the graceful nuance of a particular turn of line or phrase from, well, just about anything. I always felt like I should have an encyclopedia and a dictionary handy when I talked to Ezra, but it would have taken a staff of ten to keep up with him.

The Sextet (1981) was the first Sims piece I played: a Dinosaur Annex performance in the Spring of 1982, with Janet Packer, Anne Black, Ian Greitzer, Ken Radnofsky, and Tom Haunton. During one of the rehearsals, once I lifted my head up enough to hear what was going on around me, I discovered this was no mere new music piece, as Ezra would say, but a turmoil: churning, vital, sensual, bouyant, joyful, painful—life itself, in sound. This new music seemed to fill its lungs with the same air I did, and changed my circuitry forever.

Only where love and need are one,
and the work is play for mortal stakes,
Is the deed ever really done
For Heaven and the future’s sakes.
—Robert Frost, “Two Tramps in Mud Time”

His home at 1168 Mass Ave was a nexus for all of us, a place so saturated with airborne yeast (empty beer bottles) that Ezra left his dough on the kitchen counter to rise on its own. Those of us touched by the force of his personality and culture rose as well, lovingly—not always very gently—mentored by this fussy, brilliant man. He touched us all and he kept in touch with everyone: piles of letters written in his heavy hand signed with his graceful initials (the same which adorned his gorgeous handwritten scores), admonishing notes, phone calls, dinner parties, excursions to museums, more admonishing notes, long walks, mushroom hunting, New Year’s cards, lunch invitations —none of his communications ever trivial and always, in later recounting to friends, a glue which held us all together. There were some dubious soups, with mushrooms discovered on some rotting log in Cambridge which would spark conversations about John Cage, Tanglewood, Merce Cunningham, the Judson, John Herbert MacDowell, a tsunami of cultural connections—all the while wondering quietly whether or not you would live to see the next sunrise. Are you sure these mushrooms are OK?

After his move to Hurley Street, things were much the same. Ezra was amused by a neighborhood fool dog, the crazy landscape innovations next door, the abundant spring flowers, the fish place, and cockles, and we were satisfied by the musty comfort of the same old books, the art, and Ezra himself at the table In the days to come, perhaps we lost a little in the indirectness of email, the brittle replication of computer scores instead of the nuanced calligraphy of his older ones, but we were older, too, with families and jobs. The world changed: a harsher, glancing light that grates against the Turner-esque glow of Ezra’s harmonies. Not so much dissonant as nostalgic, mourning the loss of a civility that now seems archaic rather than heroic.

Ezra leaves us each with set of quotes. On the occasion of peeling off his sarong at a dinner gathering: “I hope no one minds a naked host.” On the occasion of being served brown rice at a Japanese restaurant: “Had I known it was that sort of place, I shan’t have come.” At a rehearsal of Lee Hyla’s String Trio at his house, popping his head in the door: “That intonation will not leave this house!” While he was reviewing recording takes, the successive phone calls: “How could you?”, “What on earth happened? How could you?”, “What happened?” He worried about us, gossiped about us, complained, criticized, corrected, and over time for me, became a refuge.

All of the characters from one of Ezra’s favorite books, Cold Comfort Farm by Stella Gibbons—Feckless the cow, the spooky aunt, the oversexed farm boy Seth, the crazy preacher father who takes off to spread the word (“you miserable, crawling worms….”)— have counterparts in Ezra’s Birmingham childhood. No, not an exact match to the Sims family, but outrageous overtones which made the description of his Birmingham life more vivid, like the music he would come to write years later. His boyhood cow, an “improving” aunt (in that she was bent on raising the cultural standards of those around her), preacher-grandfather AJ Sims, Sister (always Sister, I don’t think I ever knew her name), and the youthful Ezra—bass player, guzzling milk out of the pail, the passionate discoverer of Stravinsky in the local record shop—all fashioned the deep Southern gentility, culinary habits (salt in the coffee?), food preferences (How much milk does he drink? Salt in the coffee? Really?), embedded into the Ezra we grew to love. Together with his friend Arthur, lapping up the pot liquor, feeding the iron pig, savoring the overcooked greens, and exuding an erudite southern poise which, however scandalous the conversation, was expressed with an eloquence that made our young Yankee sensibilities seem cold, lumpy, and crude. And though they knew the difference between Dutch and Polish rudders, the unexpressed secret was all the funnier.

Ezra’s early musical experiences—playing the bass in the school orchestra (because he was big for his age), singing in the chorus—may have taught him his harmonic subtlety, but I’m inclined to be more mystical. He went from Birmingham, through steel mills, Chinese language school, Yale, Mills, and New York encountering a cast of characters and circumstances powerful enough to derail even the most individual soul. But he ultimately came to a place so uniquely his own that it has no siblings, no cousins, no counterparts. His ear made the demands, and once he found the sound his ears sought, he drew the map for us to retrace his steps back to the music traditions he loved. He was not an iconoclast, but a logical evolutionist, who ironically arrived at his destination by a leap of faith.

He did not compromise, and went for years without a performance. It was not easy to find performers willing to undertake the work, but by some miraculous alchemy, Rodney Lister, Scott Wheeler, Toby Armour, Richard Pittman, Boston Music Viva, Ian Greitzer, Janet Packer, Kathy Matasy, Ann Black Diane Heffner—and the loyal cohorts they spawned—brought Ezra’s music to life. And not just the notes, but the music underneath, with its radiance and warmth. Despite his crankiness, and the harshly direct statements he could make, we celebrated his steadfast individuality and his courage. And if we couldn’t quite create our own universe like he did, he inspired us to try. He is a center, a focus, a force of gravity, and will always be so.

But we will miss him. 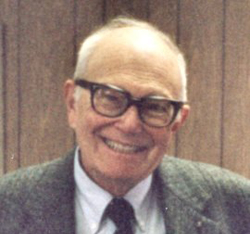 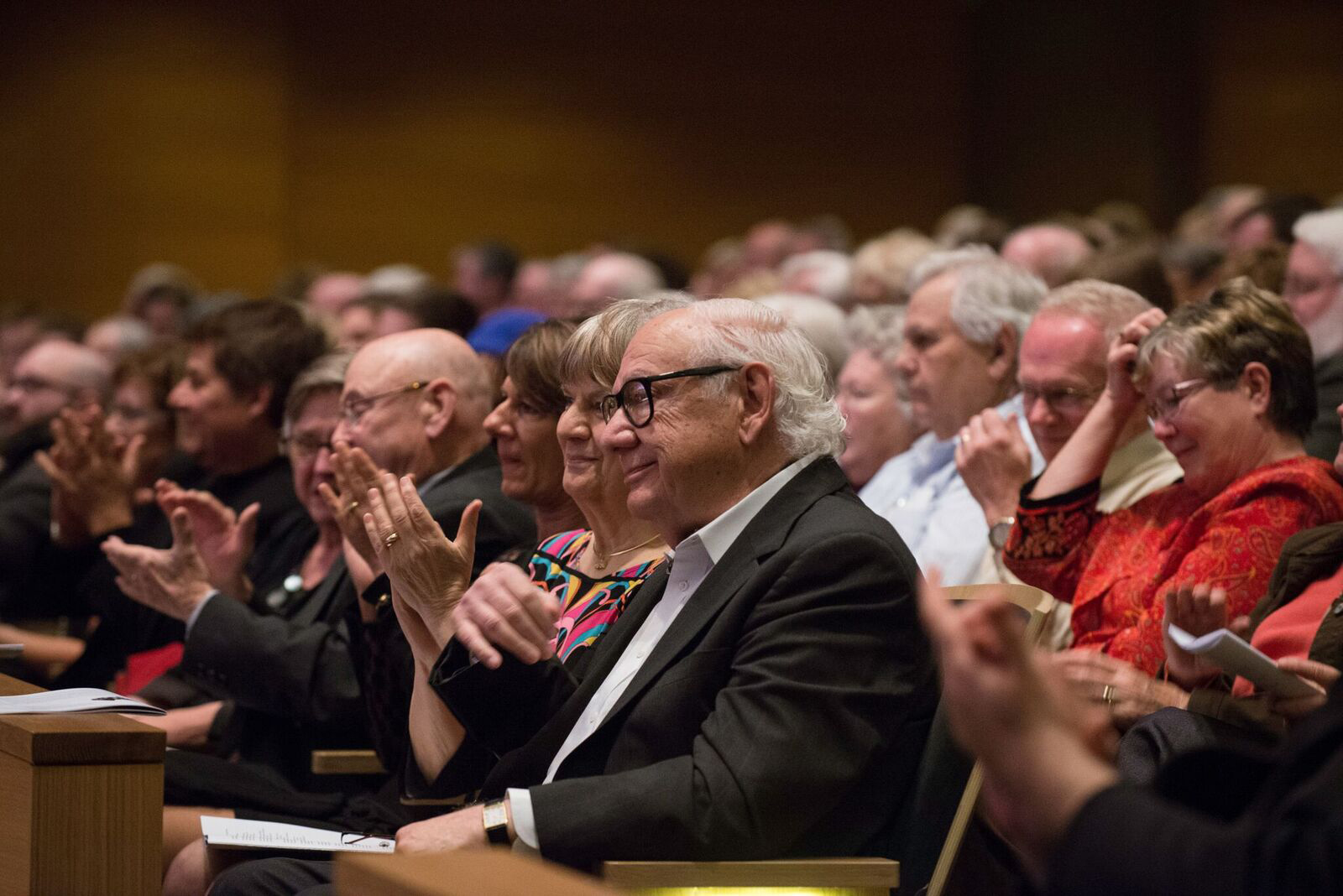