A fragment from Der Andreas Garten, poems by Dwight Mamlok (Ursula’s husband) and text of the composition with the same name.

Ursula Mamlok, an outstanding composer and my beloved teacher and friend, passed away in Berlin on May 4, 2016. She had moved back to Berlin in 2006.

Ursula Mamlok’s music was transparent but expressive, complex but emotional.

Mamlok was distinguished by her elegant chamber music, and her extensive catalogue of music that includes percussion. She also wrote several works for orchestra. Many of these works have been recorded by Bridge Records, including

In the early ’90s, while I was completing my doctoral degree at Temple University, my teacher Matthew Greenbaum suggested that I study with Mamlok for two semesters. I feel deeply grateful for that suggestion. I came to know both Mamlok and her husband, Dwight, who wrote poetry and short stories. That was the beginning of a long friendship. Dwight wrote the poems for Der Andreas Garten (1987), one of her finest compositions.

Mamlok was born in Berlin in 1923 and left in early 1939, a few months after Kristallnacht. Her destination, and that of her mother and adoptive father (her father died when she was a baby) was Guayaquil, Ecuador. Her grandparents stayed in Germany and died in the Holocaust, as did her teacher, Gustav Ernest (Gustav Seeligsohn), with whom she had studied piano, theory, and composition in Berlin during the 1930s.

Guayaquil may have been a haven, but it was hardly a center of musical life. Mamlok (then Ursula Lewy) was able to come to the United States in order to continue her music education at the Mannes School of Music. There she studied with composer/conductor George Szell from 1940 to 1943. She later studied with Vittorio Giannini at the Manhattan School of Music from 1956 to 1958. In the early 1960s, Mamlok studied with Stefan Wolpe (1960-61) and Ralph Shapey (1962-64), who helped her to develop her mature style and technique.

In the beginning, I didn’t know many details about her or her husband’s life. They had married in 1947. Dwight (Dieter) was born in Hamburg, and had escaped to Sweden around the same time Ursula left Berlin. He came to the United States after World War II, and by serendipity they found each other in California. Visiting them through the years, I would, sometimes, find her distressed about passages in a composition she was working on, and I couldn’t avoid noticing how protective Dwight was of her profession and her music.

Coming from Colombia, where I had only heard about one other woman composer of classical music before me, I didn’t realize—in all its dimensions—what it would mean for me to study with her. It took me a long time to realize the levels of her strength.

I met her when she was in her early 70s, and initially I didn’t know how to define her. Who was she? Coming from Colombia, where I had only heard about one other woman composer of classical music before me, I didn’t realize—in all its dimensions—what it would mean for me to study with her. It took me a long time to realize the levels of her strength.

She was soft-spoken, tender, and showed a little bit of the fragility that passing time leaves in our older selves. She had survived cancer in the 1980s, when she was in her 60s. I realized that we shared a similarity—the fact that we arrived relatively late in the United States. I came when I was 29, and she came when she was 17. When she went back to get her master’s degree at the Manhattan School of Music, she felt a little awkward, being much older than the other students, and reduced her age by five years. She admitted this jokingly later on in her life, in that chirpy and humorous way that both she and Dwight had.

We shared the fact of having a duality in our identities that would accompany our lives forever, and maybe that drew me closer to her. She went back to Germany in 2006 when she was 83, one year after the death of her husband. Was that what made her go back to Berlin after having such painful memories there? For me, that was a proof of her strength even if she complained about loneliness when I called her in Berlin. She was emotionally a very strong person and an exceptional composer. She missed her friends back in New York, but her mood would change as soon as she began talking about the composition she was working on. She became a vital and happy soul when she talked about the concerts of her music that she had attended recently or the ones that were coming. During her last years, her compositional language became much simpler, but remained expressive and playful.

In a 1998 interview with Neil Levin, Mamlok gave important information about the evolution of her language. Talking about her early compositions, she said, “I was a composer of tonal music with extended harmonies. But later on, not much later than that, I got interested in twelve-tone music. I felt that you have to do these things. . . . I came to know music of a different style. But it is probably the same music I wrote before, only with a different technique and I still do that. . . . My music is basically lyrical, but also maybe dramatic.”

Later in the interview, she clarified, “In my music there are tonal centers, but it depends how you use the technique. I still like very much the background of the tonal music. . . . My atonal music and twelve-tone music is not that of Schoenberg or other composers who are very dissonant.”

During the first or second class I took with her, she showed me a sheet of graph paper on which she had written out the magic square for one of her compositions. She explained to me how she structured her pieces before she began to write them. She also told me that she was not very strict in her approach.

When I saw the magic square, I felt I was in trouble. In the first composition class I took as an undergraduate student of music theory, I had to compose short compositions or phrases experimenting with different techniques and scales: whole-tone, diatonic, modal, and twelve-tone. Yet despite all my love for the transparency, artistry, and beauty of Anton Webern’s music, I didn’t feel comfortable writing music using predetermined series of pitch classes.

As I froze, not saying anything, Mamlok, in her cautious, elegant, and cheerful manner, said that she wanted to share her score, but that her students could compose in a manner in which they felt comfortable. I took a breath and relaxed. I appreciated her openness.

The lessons continued, always having a positive tone. At the end, there was always time to eat together, sitting at the table: Ursula, Dwight, and his little parakeet, sitting on his head or on the table; Dwight always fed sponge cake to the parakeet. Dwight loved birds, and birds gravitated toward him, according to a story he had told me. When I took the train back to Philadelphia, I always had a smile on my face. Their humorous stories were on my mind, the sounds of their words and their accents in my ears. I was not the only one with a heavy accent. Maybe secretly I felt good about it.

Both of them captivated me.

One comment I heard continuously from her was the fact that she had learned, and kept learning, by attending concerts. A critical ear was something I had from an early age, a quality that was enriched especially by an important clarinet teacher when I was in Colombia. Now she was emphasizing how important it was to simply listen to music. She attended many concerts, and Dwight was always with her. The adorable couple.

Whenever she was interviewed before a concert, she would be playful but strong. What I realized throughout the years is that she defended her place as a composer with conviction. The little fragility I occasionally perceived at their apartment would vanish, and she was there protecting her music in front of the public, with strength that was often combined with doses of cheerfulness.

During her final years in Berlin, she sometimes felt lonely. I would call her every other week and I could hear in her voice that she was excited to hear from me. She enjoyed immensely the occasional visits of old friends from New York or her new friends from Germany. At the Tertianum Residenz, an assisted living facility where she lived, there were many people of her generation but she still felt a sense of not belonging.

Until the very end of her life she was always involved in small music projects and I could hear in her voice a youthful happiness and sparkling energy when she described them. Music was her lasting companion.

When I visited the Mamlok’s New York apartment, I spoke occasionally with Barry Wiener, the musicologist who dedicated much of his time to studying Mamlok’s music in the years immediately preceding her departure from New York. He looked at her older pieces, and helped her to complete the massive process of revising and/or editing more than two dozen forgotten scores that became an important part of her catalogue. When she moved back to Berlin, Bettina Brand, her manager and friend, successfully promoted many of these works in Germany, and she became a celebrated figure in the musical world. In New York, Joel Sachs and Cheryl Seltzer repeatedly championed her music.

Mamlok created a unique, sophisticated voice while absorbing many influences. She used twelve-tone rows together with Wolpe’s methods of pitch organization. She included thirds and triads, and disguised consonant intervals preceding or following dissonances. She played with the rows as if she were playing chess, anticipating the move of the players–her notes full of elegance and expressivity. 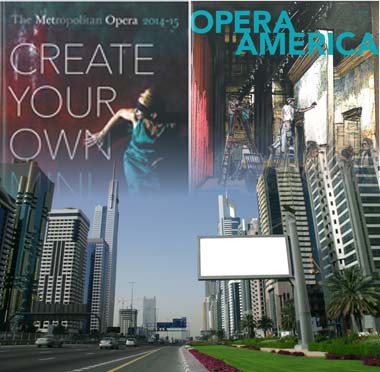 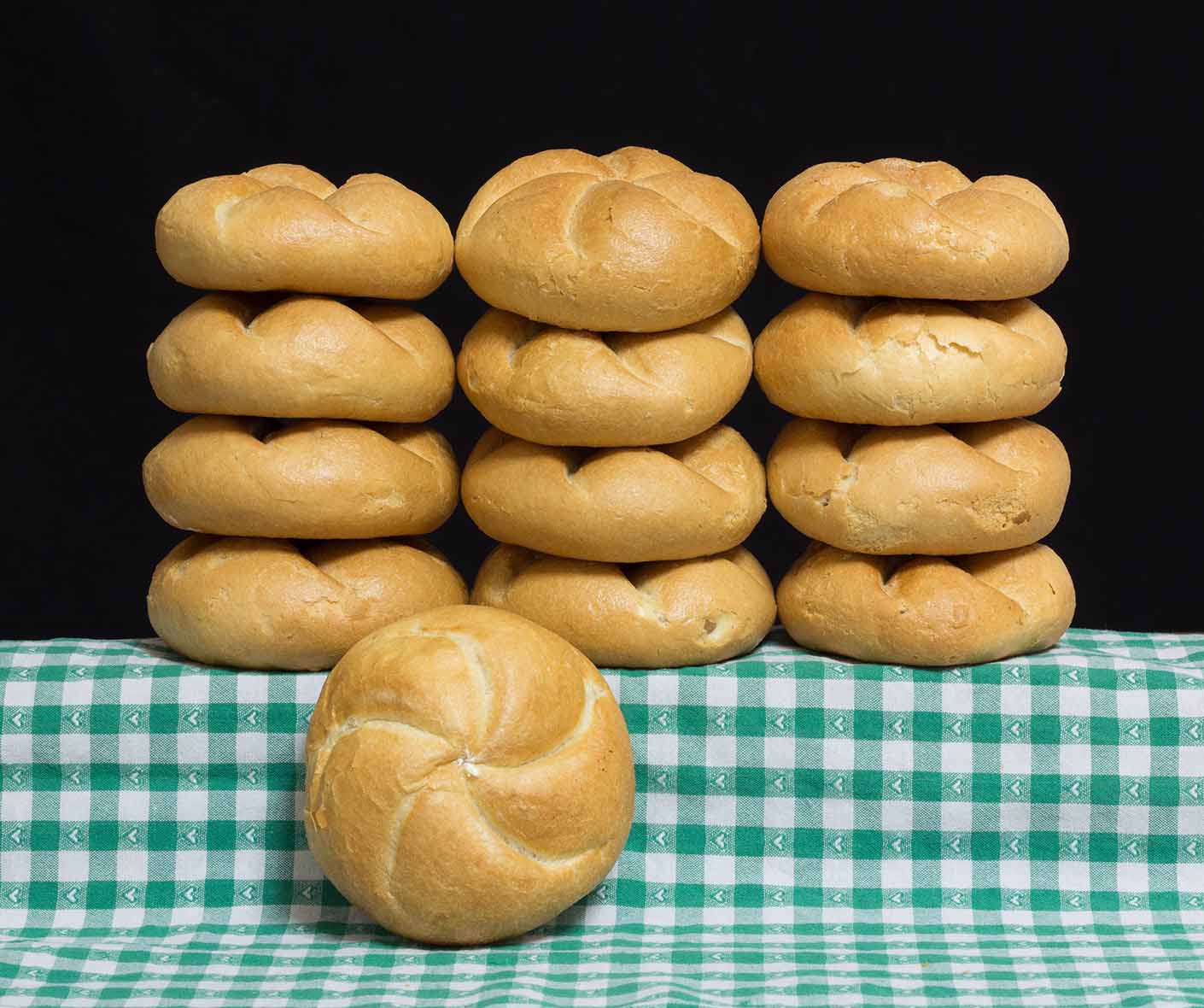