Ah, summer; the time when composers emerge from studios around the country—pasty and back-bent, one hand up to block the sun—and get their annual vitamin D supplement at a variety of summer festivals, conferences, residencies, and retreats. Intensive discussions of the nature of their art are followed by the occasional Frisbee toss or trail stroll, but beyond the potential for a thrown-out back while spreading a sheet out on the ground pre-concert, the potential for physical exertion is modest at best. And frankly, donning a T-shirt, sandals, and a fanny pack does not an outdoorsman make. Just ask Stephen Lias.

Lias has a touch of wanderlust. A professor of composition and director of graduate studies at Stephen F. Austin State University in Nacogdoches, Texas, he spends the bulk of his year shepherding students through the wilds of academia. But when summer rolls around, he makes his way out of the halls and into the world. Over the last few years, he’s spent his summers in residence at a number of national parks—including Rocky Mountain, Denali, Glacier Bay, and Gates of the Arctic—composing works that have been premiered at major international conferences and festivals in Colorado, Texas, Sydney, and Taiwan. He was featured in National Parks magazine in the fall of 2011 for his efforts and is presently working with the East Texas Symphony and the Boulder Symphony to premiere upcoming pieces about national parks. Taking a page from the “Do what you love and you’ll never work a day in your life” book, Lias has figured out a way to combine his love of composition and pedagogy with his love of trail-blazing and bear-dodging with his Composing in the Wilderness project.

Davyd Betchkal talks about sound with the composers

In the summer of 2012, Lias found a way to involve other composers in his nature explorations, organizing a field seminar in Alaska’s Denali National Park and at the University of Alaska at Fairbanks, which culminated in performances at the Fairbanks Summer Arts Festival. Nine composers who came from as far as Australia were transported from a dorm at the university to the Teklanika Field Camp deep within the park. This camp served as a hub for a number of excursions during which the composers not only passively soaked up the surroundings but learned a great deal about the geography, wildlife, and sounds of the area. They were joined by park guide Margi Dashevsky (described by composer Stephen Wood as “our adventurer/environmentalist/protector/mother”) and Denali soundscape scientist and researcher Davyd Betchkal. Betchkal’s activities in Denali were of particular interest to the participants. His position involves the study of the acoustics of the environment via direct observation as well as through the use of recording stations placed around the park in mountains, glaciers, valleys, bogs…everywhere. He takes the data and uses it to draw conclusions about the experience that people will have in the park, as well as how the sounds made by those visitors impact the park itself.

As Wood later explained, “He took us into the field and talked to us about how to analyze the sound…how to draw from the collage of sound and isolate individual regions in terms of specific characteristics and how to develop an understanding of how they work in terms of ADSR [1]. It had a huge impact and made me more aware of what was going instead of simply being overwhelmed by the volume of sound. I’m now actively going into nature and drawing inspiration from it.”

Stephen Wood checks out the soundscape

While not required to write “about” their surroundings, the composers took inspiration from these treks and many wrote music which spoke to their experiences. Each day in the field included approximately one hour of composing time followed by a return to the campsite. Simple but functional tent-cabins with wood floors, knee walls, and canvas tops welcomed the composers after a long day of hiking. A large yurt housed the dining facility, and an outhouse latrine was “more than adequate.”

As with other summer festivals, rehearsals and performances of the works are part of the deal, but in this case the pieces which were performed were those written during the relatively brief time out in the wild. The compositions were then premiered by members of the Fairbanks Summer Arts Festival Orchestra at the Davis Concert Hall in Fairbanks. Each composer was pre-assigned a chamber ensemble, ensuring that the festival’s resources were evenly distributed among the composers. Once the group returned to Fairbanks, they had less than 24 hours to prepare their scores and parts for their respective ensembles, and each ensemble only had a handful of rehearsals totaling a few hours to prepare the works for performance. Said Wood, “I had two 30-minute rehearsals for my piece, but you’d never know it. The musicians were amazing. Many of them played on more than one piece (not to mention their other festival responsibilities) but the level was very high.” Among the participating artists was the ensemble-in-residence Red Shift, which includes Fairbanks native Andie Springer.

The field seminar will be offered again this summer through Alaska Geographic. Following four days in Denali, the composers will then spend another four days in the Yukon-Charley Rivers National Preserve ruminating on their Denali experiences and composing works to be rehearsed and performed on the final day of the festival. Though only in its second year, Lias is optimistic about the future. “This convergence of creative artists who are outdoors-minded has the potential to bring together two very different types of people, but also to generate new streams of musical thought.  As a result of last year’s Composing in the Wilderness, we saw a new contemporary jazz group called Chlorophyll created in the Atlanta area, and more national parks are opening their residency programs to composers and finding ways of featuring these new compositions through their interpretive programs.” Along those lines, Wood has taken his experiences in Alaska to heart. Since last summer, he has spent time focused on the flora surrounding the Atlanta area, and will be presenting a concert with his recent oboe quartet diammorpha smallii, based on the plant of the same name, as the central piece. He is also returning to Alaska this year for another round.

1. ADSR is short for “Attack, Decay, Sustain, Release,” which are the four elements of a waveform. 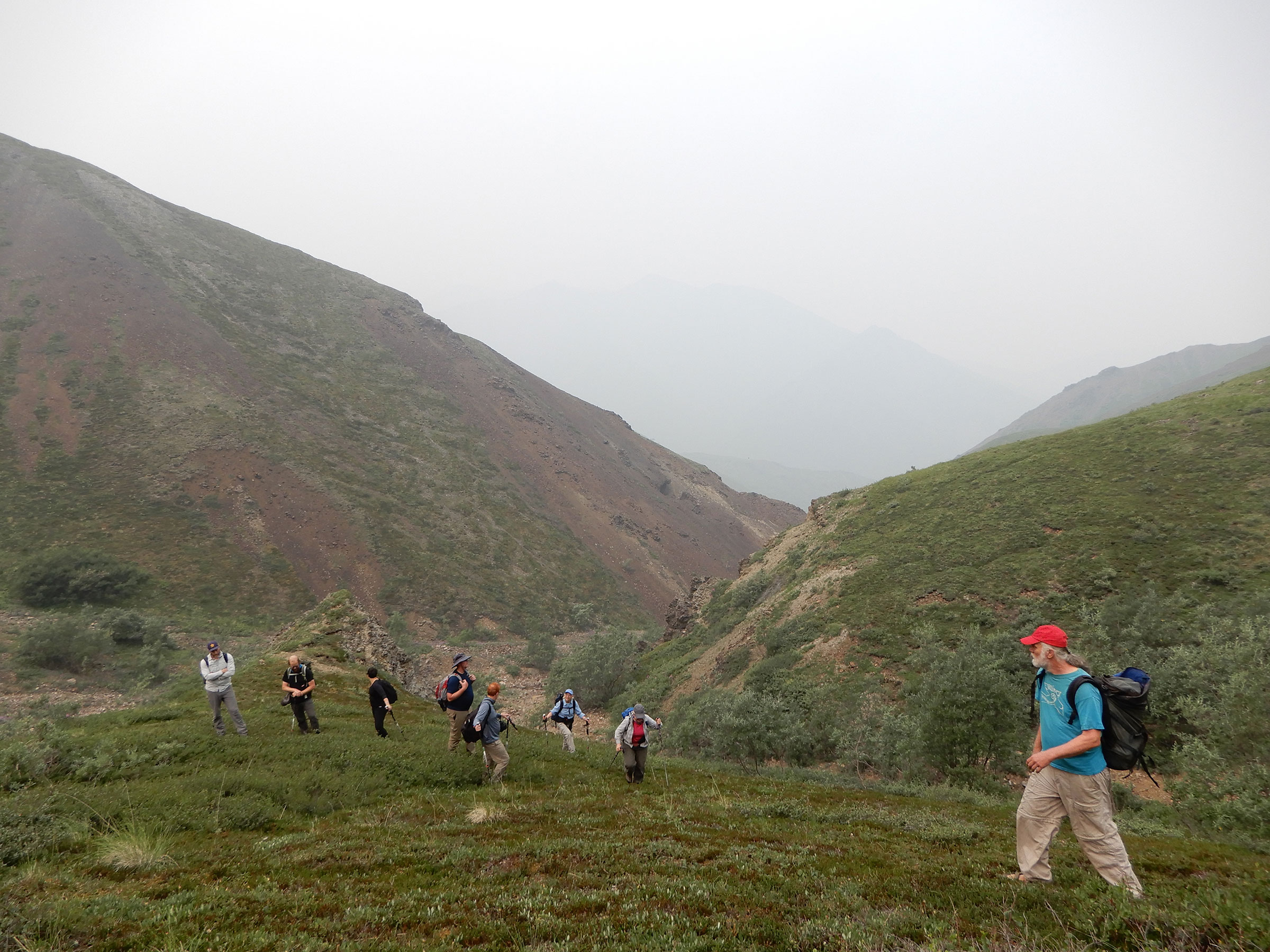 ► ▼One thought on “Composing in the Wilderness”