It was through reading a comment from two weeks ago that I learned that the voice I had heard over the car radio singing “Sidewalk Talk” back in 1984 didn’t belong to the song’s composer, Madonna. Rather, it was Catharine Buchanan, an excellent vocalist who didn’t realize commercial success beyond that song (released under the name of its producer, Jellybean, a.k.a. John Benitez) reaching #1 on the U. S. Billboard Hot Dance Club Play chart in 1985. (The song ranked in the U. K. as well.) The heartfelt comment described Buchanan’s excitement over showing off her New York City apartment music studio “to a composer,” how the experience inspired the commenter to use sarongs to protect his electronic equipment from dust, and how nearly completely she slipped into obscurity until her untimely death in 2001. The comment’s author thought that there was only one other extant commercially released recording of Buchanan, a European techno-dance piece, “Love Is,” which was recorded in 1988.

I spent fruitless hours searching for more audio clips of Ms. Buchanan’s work—or even biographical information about her—but finally decided to put the project on the back burner for the time being. So I was thrilled to read in the comments from last week’s post that two more examples of her work with bassist-composer Steven Severin can be heard on SoundCloud. Both tracks were recorded in 1990 and released in England; their “small studio” sound and non-mainstream American textures (which can be over-saturated with low-frequency information) juxtapose with Buchanan’s decidedly non-British voice.

While this juxtaposition might appeal to an armchair musicologist like me, it might have also hurt the chances of the collaborative effort’s reaching a wider audience. This is because a musical reflexivity exists between genre and locale, a fact supported by concepts like: “Chicago” versus [Mississippi] “Delta” blues or “West Coast” versus “East Coast” jazz. In this paradigm, musicians can act as a nexus of many stylistic affectations that might be realized in a unique artistic voice that the listener might find exotic. British Invaders of the 1960s, like Van Morrison and John Lennon began their careers playing in British skiffle bands, which were part of a revival of certain pre-swing American musical idioms, like jug-band and blues shouting, that had become, or were becoming, obsolete. The African-American exoticness of these idioms certainly appealed to British musicians and their audiences and the non-American sound of the British Invasion singers certainly lent an exoticness that audiences in the States could embrace. While it makes sense to think that Europe could be a fertile ground for Catharine Buchanan to transplant her career, perceptive ears might notice that her voice sounds like the one singing “Sidewalk Talk” (since it was the voice singing “Sidewalk Talk”) and be fooled into thinking of her as a Madonna impersonator. And, while the arrangements could be remixed for distribution in America, her non-British diction would not be exotic to U.S. listeners. Ironically, the success of Buchanan’s contribution to American pop culture doomed her to obscurity.

The reflexivity of genre and locale is important to the concept of a sonic “lineage” spanning the history of a given discipline. In the field of jazz trumpet playing, one such timeline suggests that New Orleans-based Louis Armstrong was followed by Roy Eldridge, Dizzy Gillespie, Miles Davis, Clifford Brown, Chet Baker, Maynard Ferguson, and, finally, Freddie Hubbard. But this narrative is far from definitive. Most serious histories include the name Buddy Bolden as the first jazz trumpeter (and even the first jazz musician) and follow a more focused genealogy that would disinclude Ferguson (and probably Baker) while including Lee Morgan, Thad Jones, Woody Shaw, and culminate with Wynton Marsalis or Terrance Blanchard. My own list would place Ferguson in a line with Raphael Mendez, Harry James, Doc Severinson, and Arturo Sandoval, include anomalies like Jabbo Smith, Don Cherry, Wadada Leo Smith, Jon Hassell, and Herb Robertson. Modern mainstreamers, neo-jazzists, and hyper-modernists like Kenny Wheeler, Jon Faddis, Warren Vache, Tom Harrell, Dave Douglas, Roy Hargrove, Steve Bernstein, Dave Ballou, James Zollar, Randy Brecker, Ralph Alessi, Lex Samu, Wynton Marsalis, and Jack Walrath would also loom large in my ever-sprawling and amoeba-like conglomeration of cornetists and trumpeters.

It’s hardly a surprise that the short list of trumpet players previously mentioned ends with Freddie Hubbard. His sound was unmistakable and widely imitated as was his technical facility. He mastered several techniques that became his trademarks: a yodeling effect of shifting across adjacent harmonics, rapid-fire false fingerings on a single tone, and a percussive style of scalar playing. As a young man he practiced diligently and studied at the Jordan Conservatory of Music in Indianapolis with the principle trumpet for that city’s symphony, Max Woodbury. Hubbard believed that developing one’s technical abilities to their fullest was paramount to creating music:

Some musicians don’t seem to care about technique, but to me, there’s more in playing trumpet than just working to your own capacity. I want to keep developing, and I want to be able to play the whole range of the horn any time I feel like it. When a certain idea occurs to me, I want to be able to execute it. That’s what I’ve been working on ever since I started playing. It’s no use having a whole bunch of ideas floating around in your mind and then not being able to execute them. – Hubbard as quoted in Leonard Feather’s liner notes for Breaking Point (Blue Note BN 4172, 1964)

Freddie Hubbard in 1976. Photo by Tom Marcello, from the Wikimedia Commons

Hubbard moved to New York City in 1958 and began working with many of that city’s elite jazz musicians. In December of that year he recorded two songs at a recording session with saxophonist John Coltrane that were included on the albums The Believer and Stardust. In 1960 Hubbard began recording for Blue Note Records, an association that would last for seven years and produce 39 albums (eight under his own name). It was also in that year that, along with trumpeter Don Cherry, bass clarinetist Eric Dolphy, bassists Scott La Faro and Charlie Haden, and drummers Ed Blackwell and Billy Higgins, Hubbard played on saxophonist Ornette Coleman’s controversial landmark record, Free Jazz. Although there is no definitive discography dedicated to Freddie Hubbard, the Tom Lord Jazz Discography lists over 115 separate titles under Hubbard’s name. The problem with this number is that it might include reissues and doesn’t include sessions, like Free Jazz, that he did as a sideman. (If one takes his work for Blue Note as a reference, there’s a likelihood that Hubbard appeared on almost 600 record dates.)

In 1961 Hubbard took over the highly coveted trumpet chair in Art Blakey’s Jazz Messengers, a post previously held by Lee Morgan. His writing was eclectic and he penned several tunes. “Up Jumped Spring,” “Bird-like,” and “The Intrepid Fox” became jazz standards. “Red Clay,” and “Sky Dive,” and First Light” became classics of what is now called “smooth” jazz. Hubbard was a stellar trumpeter who could command top dollar at the height of his career. But the music of his crossover success was a far cry from his early years playing with Eric Dolphy and his involvement on Ascension, the landmark experimental album by John Coltrane, or some of the more avant garde projects he participated in, like this collaboration with Turkish-American composer (and Atlantic Records producer) İlhan Mimaroğlu. Ironically, Hubbard’s success offered him lifestyle options that proved to be counterproductive to making good music. Instead of keeping up a regimen of practice and study that would sustain the virtuosic technique he had developed, he chose to partake in chemical substances that would enable him to push through fatigue and pain. Sadly, his career outlived his lip, and in his last years he wasn’t able to deliver the stunning performances that were the foundation of his stardom. Still, Hubbard’s contribution to American music is undeniable and years after his death his trumpet playing still stands as a benchmark for jazz trumpet players to aim for.

In keeping with the theme of genre-location reflexivity, Hubbard’s hometown, Indianapolis, Indiana, has provided plenty of names to the canon of jazz history. Trombonist-composer J. J. Johnson, guitarist extraordinaire Wes Montgomery (as well as his brothers, pianist-vibraphonist Buddy and bassist Monk), and trombonist-composer Slide Hampton are just a few of the Indianapolis artists that are or were at one time household names among the jazz community. A few of the lesser known Indianapolis musicians who, because of their contributions as performers and educators, are also vital to the development and propagation of jazz include: Leroy Vinnegar and Larry Ridley (bass), Melvin Rhine (organ), John Bunch and Al Planck (piano), Jimmy Coe (saxophone-arranger), and Steve Allee (piano-composer). And there also exists an elite core of trumpeters from Indianapolis whose contributions to jazz are, while not as obvious as Hubbard’s, profound and well worth a cursory examination. Next week we’ll take a look at another. 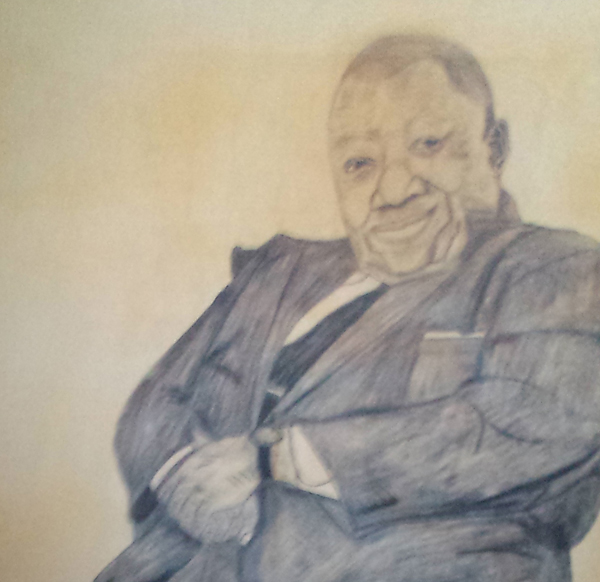