Last week, I canceled a trip to a premiere because I’d been grappling for a few weeks with the kind of anxiety that makes just leaving the house a challenge. The premiere was a multi-movement work where each composer had written a different movement; my movement was four minutes long. I figured the ensemble wouldn’t miss one composer out of many.

Still, I agonized over that decision. My flight and hotel were booked and had been booked for months. How unprofessional does it look to back out of attending your own premiere? I used to long for the day I’d be traveling around the country often, with my flight and hotel paid for by whomever was commissioning me. It was built into my definition of success: being paid to create the kind of work I wanted to create, and traveling often to go hear it. And here I was, about to cancel exactly the kind of trip I’ve worked so hard to make a part of my life.

If you’ve reached a breaking point but still feel as if you can’t prioritize your health over your work, imagine the path that a family emergency or a physical ailment would create for you.

When I’ve reached a mental or physical breaking point but no emergency is carving out a clear path for me, I remind myself that an ambulance makes its own path. If you’ve reached a breaking point but still feel as if you can’t prioritize your health over your work, imagine the path that a family emergency or a physical ailment would create for you. In any of those scenarios, you’d be forced to readjust your schedule.

On a trip to New York several weeks ago for a different premiere, I found myself in Grand Central Station on the verge of a panic attack, feeling unable to breathe and like I had little idea where I was. The year so far had felt like nothing but travel: to Boston, to Kansas City, to Minneapolis, all in the span of a month. To Portland and New York City back-to-back. And then, last week, another flight ahead of me, the fourth weekend in a row where I’d be out of town.

This year has been abundantly full of wonderful things. I’m getting married in two months. I’m releasing a book I’ve been writing for more than a year. I’ve had career-defining performances with some of the ensembles I admire most. And yet it’s this same season that has been slowly building up to where I found myself last week: with an amount of anxiety that I described, in the email I sent decisively canceling my trip, as debilitating. That’s what it had become.

In a few weeks, I’m publishing a book about anxiety in the creative process, with lessons learned from composing. It’s called Staying Composed: Overcoming Anxiety and Self-Doubt Within a Creative Life. I’m releasing a book about anxiety, and yet, ironically, this was the most anxious I’d felt in ten years: vice-grip chest pain matched by racing, runaway thoughts I suddenly found myself unable to control.

In the book, I’d outlined coping strategies for nearly every mental hurdle you face in a creative career, and yet I didn’t have one for this feeling: wanting to step outside of your life, just for a moment, to breathe.

I’m not talking here about an occasional day or even week where you put in long, sleepless hours or order take-out for several meals in a row in order to meet a deadline. I’m talking about how you build mental and physical well-being into your day-to-day creative life. Your mental health, your sanity, and your life are worth more than any performance, any piece, or any networking opportunity.

When I first moved to Los Angeles, I had a panic attack driving down the freeway. It was practically a cliché: heading down the 110 in traffic, merging over four lanes, I felt my chest constrict painfully, had trouble breathing, and went straight to the health center thinking I was having heart problems. I was sent home with a prescription for Ativan. I’d slice up the pills into tiny pieces, because taking a whole one made me too sleepy to do much of anything. Eventually, I abandoned them and aggressively pursued other tactics instead: yoga, walking, meditation, and a resignation to the fact that I was an anxious person; I would always be a bit anxious.

Having experienced both the frantic, sleepless, anxious variety of composing and the kind where I prioritize my health above all else, I can report: the second way of living is vastly preferable in every way. I am happier with the work I make. I am not happy all the time, but I take so much more pleasure in the life I’m living.

In the decade since, I’ve designed my life to look, for the most part, the way I want it to look. I am phasing out teaching piano; I am composing full-time, which has been my career goal since I was seventeen. I take on the kind of work that lights me up, that prompts a swift and gut-reaction yes. I’ve worked various part-time jobs (arranger, editor, nanny, teacher); now I’m here. I can meet friends for mid-morning coffees and work long into the evening. I can fly across the country to an artist residency for a month without worrying that I’m missing my job; my job comes with me. I can schedule premieres and school visits and a life spent driving to and from the airport. I thought I wanted that life. When I first started to get it, I thought I wanted even more of it: this life, but bigger premieres and even more travel. This is a tremendous privilege, I know, to complain about too much travel.

I don’t know about you, but on days where my anxiety is at its peak, the act of sitting down to work feels impossible and insurmountable. My daily routine priori­tizes my mental health, because without it, I put myself and my art at risk.

This year, I could feel anxiety slowly compounding into something beyond my rational control. I was using every tool I had in my arsenal to counteract it, but I was also crying on the kitchen floor in front of my baffled partner. For the first time, exercise wasn’t helping; neither were yoga or meditation or any of the other usually helpful reframing techniques I use so often. I knew everything was ultimately going to be okay—These were all good things! I was so lucky to have this career! This was all what I wanted!—and that still wasn’t enough.

If you need help for anxiety or depression, seek it out. If you need to ask a friend for advice or a collaborator for an extension on your deadline, ask them. Your collaborators—fellow humans—will understand, and if they don’t, they haven’t yet realized the simple truth that it’s hard to make art at all when your health desperately needs your attention.

This idea is sprinkled throughout Staying Composed: if you need help beyond these coping strategies, seek it out. At my most anxious, it was thinking about this chapter I’d already written, the one that’s quoted in italics above, that made me finally book an appointment with my doctor. If I was going to tell other people to imagine the path an ambulance would carve through their life when they most needed a break, I’d better imagine that ambulance’s path through my own suddenly unmanageable life.

Now, I’m finally trying medication for anxiety. Three weeks out before the launch of a book that—in its very subtitle—promises to offer tips on overcoming anxiety, I am trying an SSRI for the first time. I call my mother to catch up over the weekend, tell her that I’m trying anxiety medication, and she says that the book will need an extra chapter, implying that it would be something like: Ignore All This Advice and Just Take Drugs. “But it’s not like that—” I start to protest, and she says, gently, that she was joking. Still, I feel like a bit of a hypocrite. A dear friend reminded me recently that the book is about “overcoming anxiety,” not “not having anxiety in the first place,” and I think of this often.

Your present situation might not feel like a true emergency, but you can still carve out time to prioritize your well-being. You can always cancel an event. You can always ask for an extended deadline; you might not be granted one, but you can ask. No artistic project is worth sacrificing your mental and physical health.

Several days into the new medication and finally having sought help outside of myself, the ping-ponging between things to worry about (deadline, other deadline, other deadline, wedding, house is a mess, forgot to mail out scores, forgot to book a flight, forgot to plan crucial element of wedding, when am I going to write music?!…) is already less of a spin cycle on endless repeat. Now, it’s more like a list of worries that float to the surface but can once again be rationally dismissed or silenced until a later date. I still have all of the anxious thoughts, and I’m still using the coping strategies I talk about in the book, but right now, my anxieties aren’t growing roots and taking hold in an unmanageable way.

Taking that medication isn’t a failure to “stay composed”; it’s a direct result of listening to my body and doing what was best for my mind. Canceling that trip to a premiere was crucial to regaining control over my mental health. It was the result of asking what an ambulance clearing a path through my life would look like and carving out that time as soon as I realized I needed help.

So what does it mean to stay composed within a creative life? I’ve done my best to articulate every answer I have, and I’m still discovering new answers. But above all, I am positive that sometimes staying composed means making the difficult decision to put yourself before your career—to put life before creative as you live your creative life.

Staying Composed, new book by Dale Trumbore about overcoming anxiety and self-doubt within a creative life, will be available digitally and in print on June 4, 2019. Pre-order and sign up to receive additional updates here.

Dale Trumbore is a Los Angeles-based composer and writer whose compositions have been performed by ensembles including the American Contemporary Music Ensemble (ACME), Los Angeles Master Chorale, Los Angeles Children’s Chorus, Modesto Symphony, and Pasadena Symphony. She has written extensively about working through creative blocks and establishing a career in music in essays for 21CM, Cantate Magazine, and NewMusicBox, as well as in her book Staying Composed: Overcoming Anxiety and Self-Doubt Within a Creative Life. 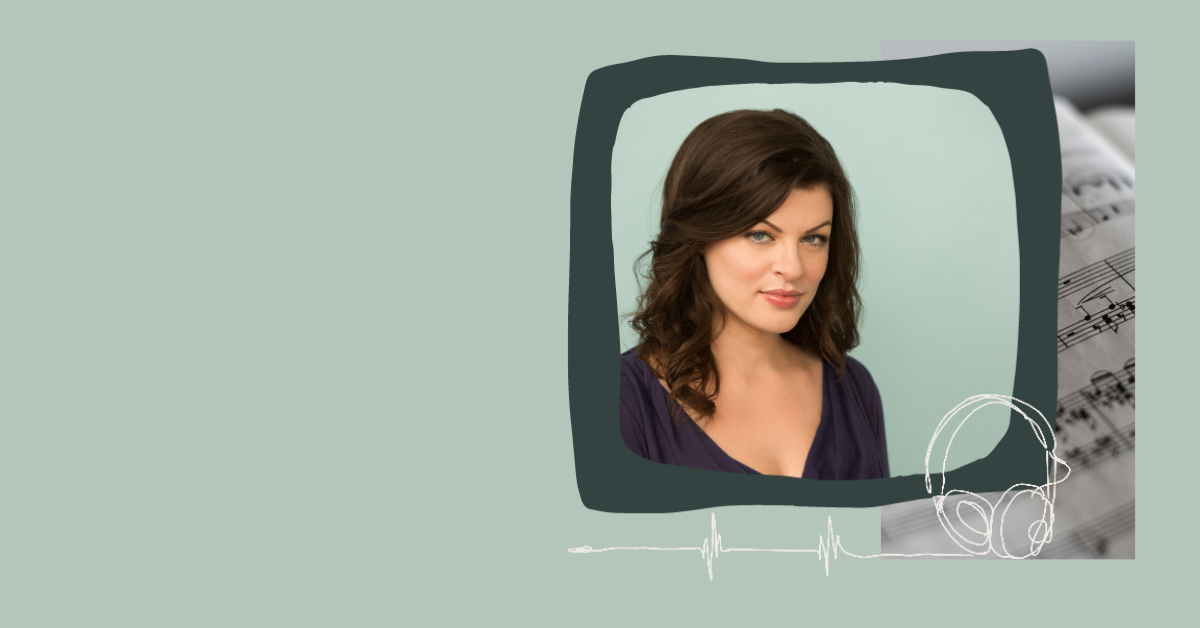 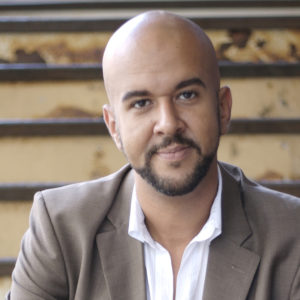