I am what is known in certain Asian circles as a banana: yellow on the outside, white on the inside. Yellow as a product of Chinese parents; white as a result of my being born in Canada to parents who immigrated to Canada before I was born. And as it is for many second-generation Asians, the question of my identity includes a complex web of issues that have no easy resolution.

My parents tried their best to introduce me to the subtleties of being Chinese in an overwhelmingly Caucasian city. When I was eight, they enrolled me in Sunday Chinese language courses run by the local church. Since no other kids that I knew of at the time had to do that, I quit after three lessons. It did not help that my first Chinese character was 貓 (“mao” or cat), quite complicated for anyone, but especially for a reluctant eight-year old. Growing up, my favorite composers were mostly Western, including Stravinsky and Beethoven. My knowledge of Chinese music was limited to the songs my mother sang to me and the few recordings that could be found in a city that, back then, had no Chinatown.

Being a composer has helped me accept the fact that I do not have to feel like I belong to any single cultural circle, but it was not always that way. In college, I was indoctrinated with Western musical concepts: counterpoint, four-part harmony, analysis of the Western canon, and similar courses that all (Western) composers normally take. I concentrated on perfecting the craft of Western composition, being a good student, and producing works that reflected my studies. It did not dawn on me even to think for a moment that there might be another dimension possible in my work—one that could make use of my “banana-ness”—at least not until I reached grad school.

What really shook things up for me was a fateful meeting with a composer from China whose work has centered on cross-cultural heritages. This composer invited me to his home, and after going through a few pleasantries, he spent the next three hours providing me with all the should-haves and could-haves of my skewed musical education. The school I chose was wrong for an Asian composer, he said. What is absolutely necessary for an Asian composer, especially a Chinese composer, is knowledge of your own heritage in addition to the Western heritage. I had to start over, he declared. Chinese court music, qin playing, is essential, he insisted. So is calligraphy—and for me, that was hard since I had given up after failing even to learn to write “mao.” Did I know anything about Chinese history? No. Confucian doctrine? Umm, no. The list grew longer as the evening went by. I left his house with my head spinning and my tail between my legs.

So I decided to start over, like he said. I was enrolled already in Mandarin Chinese courses at Columbia University, and had finally mastered the character mao and even writing my name in Chinese characters! I also checked out a stack of Chinese history, poetry, and art of calligraphy books and gave myself the semester to understand it all. Much to my dismay, Chinese history extends back several millennia—providing much more material than could be absorbed in a semester, or even a dozen semesters. By the third week, I felt that I was facing defeat. The volumes of information standing before me were overwhelming, and that knowledge was just not natural to me at all.

At the same time that I was trying to make up for an education largely devoid of Chinese study, I started listening to recordings of disparate genres of world music and quickly became entranced by Javanese and Balinese gamelan music. I loved the rhythmic propulsion of the music. I even joined the Javanese gamelan at the Indonesian Consulate for a couple of years, and am now a member of the Balinese gamelan group in NYC. I did not really understand it, but I was drawn to it. In 2004, I accepted a fellowship sponsored by the UCLA Center for Intercultural Performance to travel to Bali and collaborate with American and Asian artists of all different backgrounds, including puppeteers, musicians, dancers, and actors. Of the musicians that participated, none used any music notation. That in itself was an eye-opening and ear-opening experience. I learned so much about what I did not know about music, and it was wonderful, like discovering a parallel universe filled with potential. I also learned somewhere along the way that becoming a scholar in Chinese traditional music, calligraphy, history, and poetry was not necessarily my only path.

Traveling has also provided great inspiration for me, challenging me to consider and embrace possibilities outside my normal milieu. I have grown especially fond of Southeast Asia: Vietnam and Indonesia so far, and hopefully southern China, Laos, Thailand, and Cambodia in the near future. Perhaps my penchant for the music of this region has to do with the fact that both my parents spent their childhood in Vietnam, in the Chinese neighborhood of Saigon known as Cholon. My parents have slowly revealed my family history, the good parts and, more cautiously, the tragic parts. Their story is unfortunately not so unusual in immigrant families, but it really has touched a nerve and drawn me in.

I learn best when I am really passionate about the material or the subject matter. That was the case, for example, while I was composing my Yunnan Folk Songs (premiered this past March by Fulcrum Point New Music Project at Harris Theater in Chicago), which are based on source recordings of several minority nationalities of Yunnan province in southwestern China. I connected with the raw and uninhibited qualities of the singing on the recordings, often contrapuntally complex with as many as eight different parts in a song. Perhaps subconsciously, I also related to the fact that these minorities were just that: until recently, they were cultural footnotes in the gigantic Han Chinese world of the People’s Republic. I discovered that I could identify with their isolation and apartness, as well as the earthy way they expressed emotions in song.

If I have learned anything in my continuing journey towards knowing myself and developing my voice, it is that one’s identity cannot, and should not, be categorized into nice, neat boxes. Being Chinese is full of complexities, not the least of which is that, coming from a country that is over one billion strong, the collective Chinese experience cannot be boiled down to any simple list of must dos and don’ts. Being a Chinese-Canadian has even greater complications. I often see myself as a voyeur, seeing and listening to different cultures without being a full-fledged participant in any of them. But this outsider’s perspective has advantages from a creative standpoint. I have discovered that I can do my best as an artist by digging into the artistic traditions of many cultures while at the same time—as paradoxical as it may seem—distancing myself from them. My creative process opens up from there, seeking to find the elusive quality of art known as one’s own voice.

Born in Edmonton, Canada, and now based in New York City, composer Vivian Fung has increasingly embraced non-classical influences, including jazz and non-Western sources such as Indonesian gamelan and folk songs from the minority regions of China. Recent premieres include: Yunnan Folk Songs by Fulcrum Point New Music Project in Chicago; new choral works by the acclaimed Suwon Civic Chorale in South Korea; Chant by pianist Margaret Leng Tan at the Museum of Modern Art in New York; the piano concerto Dreamscapes by pianist Jenny Lin with Metropolis Ensemble in New York City; and String Quartet No. 2 commissioned by the Shanghai Quartet for its 25th anniversary season. Upcoming events include a composer spotlight at Americas Society in NYC featuring her works performed by the rising stars of Canadian music; a new violin concerto for violinist Kristin Lee and the Grammy-nominated Metropolis Ensemble in New York City; the world premiere of a new work for full orchestra led by Gerard Schwarz to celebrate the Eastern Music Festival’s 50th anniversary; and her Pizzicato for String Quartet for the Chamber Music Society of Lincoln Center’s Opening Night program in September 2011. Her music has been commercially released on the Telarc, Çedille, and Signpost labels. 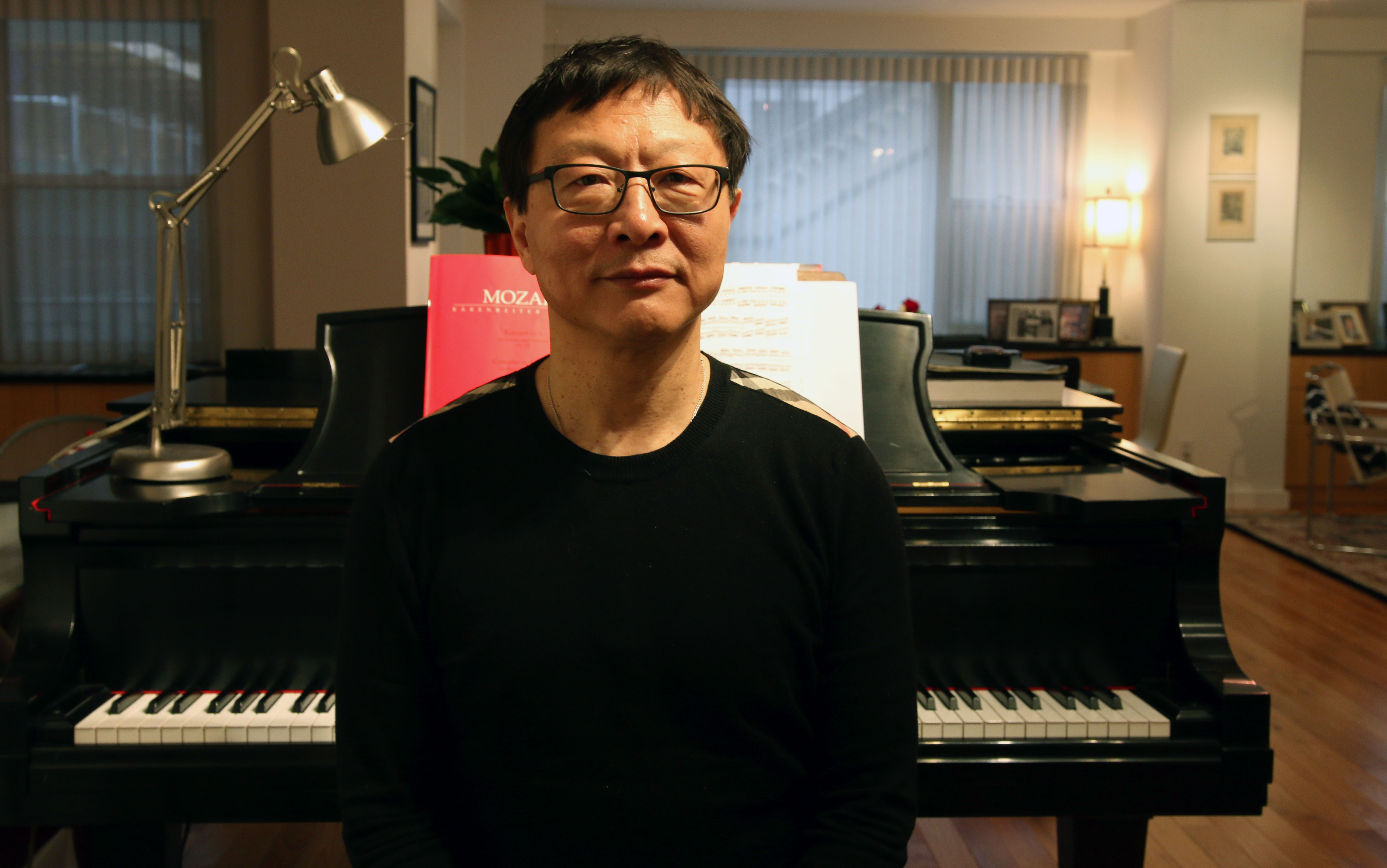 ► ▼2 thoughts on “Embracing My Banana-ness: One Composer’s Journey Towards Finding Her Identity”