[Ed. Note: There have been numerous tributes to composer John Eaton in the weeks since his sudden death following a fall on December 2, 2015. Whether through his seminal explorations of microtonality, his pioneering use of early keyboard synthesizers, or his later development of pocket operas, Eaton touched the lives of many musicians and listeners. Melinda Wagner’s account of him, which goes back to when he was a high school student and an aspiring jazz pianist, offers yet another perspective on this fascinating American maverick.-FJO]

Along with countless others, I was deeply saddened to learn of the death of John Eaton, earlier this month. Widely admired as an innovative, singular and uncompromising artist, Johnʼs contribution to the world of music, in particular to that of the opera repertoire, is beyond compare. While I never got the chance to know John well, I nonetheless knew him to be a much beloved, dear man. Indeed, John was an abiding presence in my familyʼs lore for as long as I can remember, a source of great pride and warm memories.

When my mother was just a few years out of college, she took a position teaching music at East Stroudsburg High School in Pennsylvania. John Eaton, then 16 or so, was one of her first students. My mother was already a gifted musician and teacher. A fine pianist, she had appeared on her own radio show at the age of 11, playing the piano (and tap dancing!) for the Williamsport radio audience. Growing up, she was a bit of an anomaly in her tiny hometown, Liberty, Pennsylvania (pop. 200), a small farming community nestled in the Allegheny Mountains. In spite of her own gifts, and a fine music education (Mansfield Teacherʼs College), nothing–absolutely nothing–prepared her for John Eaton! Prodigiously talented, an accomplished pianist, John was also, in her telling, bursting with ideas. He was fun, enthusiastic, shy, quirky–and brilliant.

John was one of those kids who likes to hang out in the music room. He often brought his projects to show my mother, including original compositions and jazz arrangements. She remembered “lots and lots” of notes. As for Johnʼs original, “serious” works, well, she had never seen such complicated ideas coming from anyone. Even his arrangement of her favorite standard tune, “Embraceable You,” while beautiful, was florid and densely contrapuntal, perhaps a bit intimidating. John was already onto something.

Johnʼs parents welcomed my mother into their home. She was very young, single, and living (I believe) in a boarding house. It goes without saying that she was grateful for company and home-cooked meals. Johnʼs father, Harold Eaton, was an esteemed Methodist pastor in East Stroudsburg at the time. (He retired in 1975.) She was enormously fond of him and his wife, and they all stayed in touch for many years.

When John was accepted to Princeton University, my mother was so impressed and proud! No one from Liberty, Pennsylvania, had ever met an Ivy-bound person! She kept a clipping from the local newspaper article announcing his scholarship; I remember seeing it pasted into our family album until, eventually, it yellowed and crumbled into dust.

While still an undergraduate at Princeton, John and his jazz quartet (piano, flute, vibraphone, bass and drums) made an acetate disc that somehow reached the desk of a CBS executive. The disc was later forwarded to Columbia Records, and against all odds, Johnny Eaton and his Princetonians appeared on a major label, although no one had yet heard of any of them. Twenty years later, I took my motherʼs copy with me to college. There, Johnʼs whimsical, impressionistic arrangement of “My Funny Valentine” became one of my favorites. I found his original tunes to be full of personality, technical rigor, and humor. Of his own “Flute Cake,” John wrote, “It has a bit of the rococo spirit–when war was an upper-class sport, when Rousseau enticed countesses to milk cows (with gloves on), and when Figaro and Suzanne poked fun at a decadent (but since much missed) aristocracy. All of which shows that no verbal absolutes are valid in any music–jazz can be flighty as well as earthy.” As a novice student of Music Theory, I was most intrigued by “Babbittry,” Johnʼs tribute to his teacher, Milton Babbitt. Apparently, inspiration for this piece came to him through the strains of Schoenbergʼs Fourth String Quartet.

In spite of his history with my mother, I did not actually meet John Eaton until 1993. I had just seen a performance of his charming chamber opera, Peer Gynt in Manhattan. And there he was, afterwards, accepting handshakes and congratulations–pleased, delighted, eyes twinkling. When I finally reached him through the crowd and mentioned my motherʼs name, I received the most wonderful bear hug. And how pleased he was to learn that I had become a composer!

I regret very deeply that I missed the chance to study with him (John replaced Ralph Shapey at the University of Chicago soon after I left), and I wish we had had the chance to “talk shop.” I am immeasurably grateful, though, not only for John Eatonʼs music, but also for the enduring, cherished friendship this beloved, dear man shared with my mom. 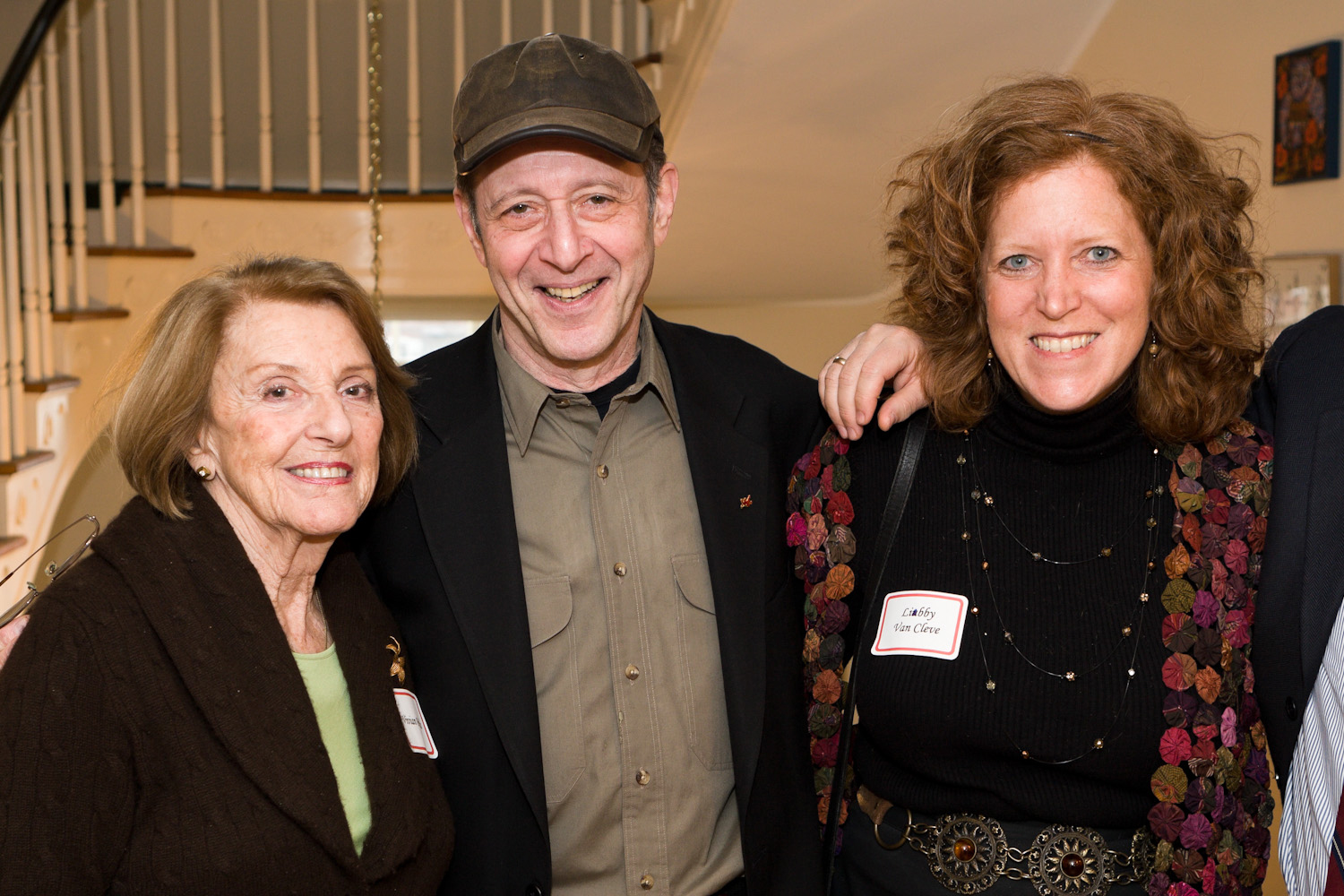