In the music world, being a fan isn’t a bad gig. Unlike musicians, you can book yourself, so to speak, at any venue you want. You don’t have to go on the road unless you want to. You can avoid promoting yourself, finding a record label, and coming up with music to play. Of course you’ll never be applauded by an audience, yet you’ll almost always be thanked for “coming out tonight” by the musicians you go to see.

You’ll never be applauded, yet you’ll almost always be thanked for “coming out.”

I’ve been enjoying these benefits of fandom for more than 50 years now. So why would I want to take on the more arduous role of writing about hard-to-describe new music, especially since I’m enjoying retirement from a career writing about other topics? It has to do with the great variety of music I’ve discovered as a fan and a basic desire to spread the word.

It was my good fortune to start listening to music seriously during the sixties, when rock and roll was developing by leaps and bounds. The shapeshifting Beatles alone showed me the surprising possibilities beyond pop, as their intentions went from holding our hands, to taking us down, to taking us away, to turning us on—all set to such precipitously changing music that in “Revolution #9” they urged us to “hold that line.”  Much has been written about expanding minds in the sixties, but the Beatles were surely expanding our ears long before the term “big ears” came to signify openness to new kinds of music.

Closer to home, in the late ‘70s my neighbor in Evanston, Illinois, was the multi-instrumentalist and composer Howard Levy. Howard is a virtuoso harmonica player and one of the original members of Bela Fleck and the Flecktones, as well as a student and performer of music from other cultures. With some neighbors, you have to ask them to turn down their music; with Howard, you asked about what he was playing and got an enlightening tutorial.

Inside my own home, my son Sam started playing viola and composing music at age six, and later went on to get a master’s degree in electronic music composition. Sam not only introduced me to new music composers such as Steve Reich and Harry Partch, but he was my partner at adventurous performances where friends feared to tread.

If fans can be evaluated quantitatively by measures like how many performances they attend and how far they travel to do so, then, like every child in Lake Wobegon, I’m above average.  But I’ve also worked on the quality of how I listen to music. I’ve aspired to what Ben Ratliff has called listening “with purpose.” In his book Every Song Ever, Ratliff describes this as paying “just enough attention to it (music) so that it could change our lives,” and posits that “listening is a creative act, and at a certain point it, too, can be virtuosic—if you develop a heightened sensitivity to current and past standards of excellence.”

As a professional writer, I’ve always tried to learn from other writers whose work I’ve admired. In music, I have looked to Ratliff and The New Yorker music critic Alex Ross to school me. You could say I’m a fan of both men. But in addition to their writing chops, I’ve also envied how much more these two pros get out of the music than I do. Could trying to articulate just what excited me about a piece help make me a better listener?

Most of my friends are music fans but have never even heard of the new music composers I’ve raved about.

What’s more, I’m motivated to write about music for a more generous reason. Most of my friends are music fans but have never even heard of the new music composers I’ve raved about, like Phil Kline, Adams (both John and John Luther), and Terry Riley. I started to resent all the media attention that just a small percentage of music makers have garnered, and wanted to correct this imbalance.

Then there’s the undeniable fact that new music is much more interesting to me than the products like mattress pads, clothing, and nametags that I had to write about as a catalog and internet copywriter. Earlier this year, my transition to music writer got a big boost from a coincidence that John Cage, the great consulter of the I-Ching, would have appreciated. For the first time, Bang on a Can—the original and most thrilling new music organization I’d discovered—was offering a media workshop for writers during their annual summer festival at MASS MoCA in North Adams, Massachusetts. In past years, I had made the trek from my home in Wisconsin to the MASS MoCA event several times. Now I would spend a week hanging out with the composers who founded Bang on a Can, the six-member Bang on a Can All-Stars who played such great music, and dozens of young music and composition “Fellows” from around the world learning and performing every day. It was a fan’s dream come true!

Yet the pinch-me quality of my time with Bang on a Can was tempered by the real demands of the workshop. Since there were only four of us Media Fellows, our writing received close attention from our instructors—John Schaefer, the host and producer of WNYC’s radio popular series New Sounds, and William Robin, a musicologist who teaches at the University of Maryland and is a contributor to The New York Times and The New Yorker.

John Schaefer objected to the use of “gorgeous” to describe a piece of music.

John and Will critiqued our daily pieces about music performed at the festival and made suggestions for revisions con brio.  John in particular objected to the use of “gorgeous” to describe a piece of music, saying it’s overused and too vague. (I’ll never be able to see this word in print without thinking of his disdain for it.) Both instructors stressed that even the short articles (400-600 words) we were writing should tell an involving story. One memorable example was their reaction to a profile I wrote about one of the composition fellows in which I noted the fellow’s earlier volunteer work translating for victims of torture just in passing. Even though this experience didn’t involve music, fleshing it out would have revealed more about his personality and could be interesting to the reader. At the same time, “Tighten up the structure of the piece” was a refrain I heard throughout the week. New music composers experimented with all manner of nonlinear forms, but their music was best described by well-organized prose.

Although my fellow Fellows in the media seminar were considerably younger, I came to accept that I could learn from their writing. After all, seasoned composers don’t turn a deaf ear to a Mozart masterpiece just because he wrote it at an age when they were in grad school. On example was this clear, informative excerpt from piece by Maggie Molloy, editor at Second Inversion radio station in Seattle, on composer Eve Beglarian’s Play Like A Girl: “The unusual collection of timbres made for a modern take on the distinctively close harmonies of Bulgarian folk music, with a restless stream of piano and glockenspiel melodies circling above a growling synth drone. While the driving rhythms propelled the piece closer to the world of minimalism, the more subtle modal ornaments embodied the emotive folk traditions of Eastern Europe.”

All writers could benefit from spending time in a musician’s rehearsal room.

I also learned that all writers could benefit from spending time in a musician’s rehearsal room like the one where I revised my articles at MASS MoCA. “OK, let’s try it again,” an ensemble leader said for the fifth time in about as many minutes.  Then once more I heard the frantic jangle of strings, a piano, other percussion instruments, and a soprano singing staccato syllables. I realized that writers aren’t the only ones who have to do their work over and over to get it just right, and was very impressed by how quickly musicians do their kind of revising.

So now when I begin writing a third or fourth draft of an article on new music, I’ll say to myself, “OK, let’s take it from the top—just like the musicians who are even cooler than music writers.”

Stan Tymorek is a freelance writer specializing in the arts. He is the editor of two collections of poetry and art, Home and Clotheslines, and was a Media Fellow at the 2018 Bang on a Can Summer Music Festival. 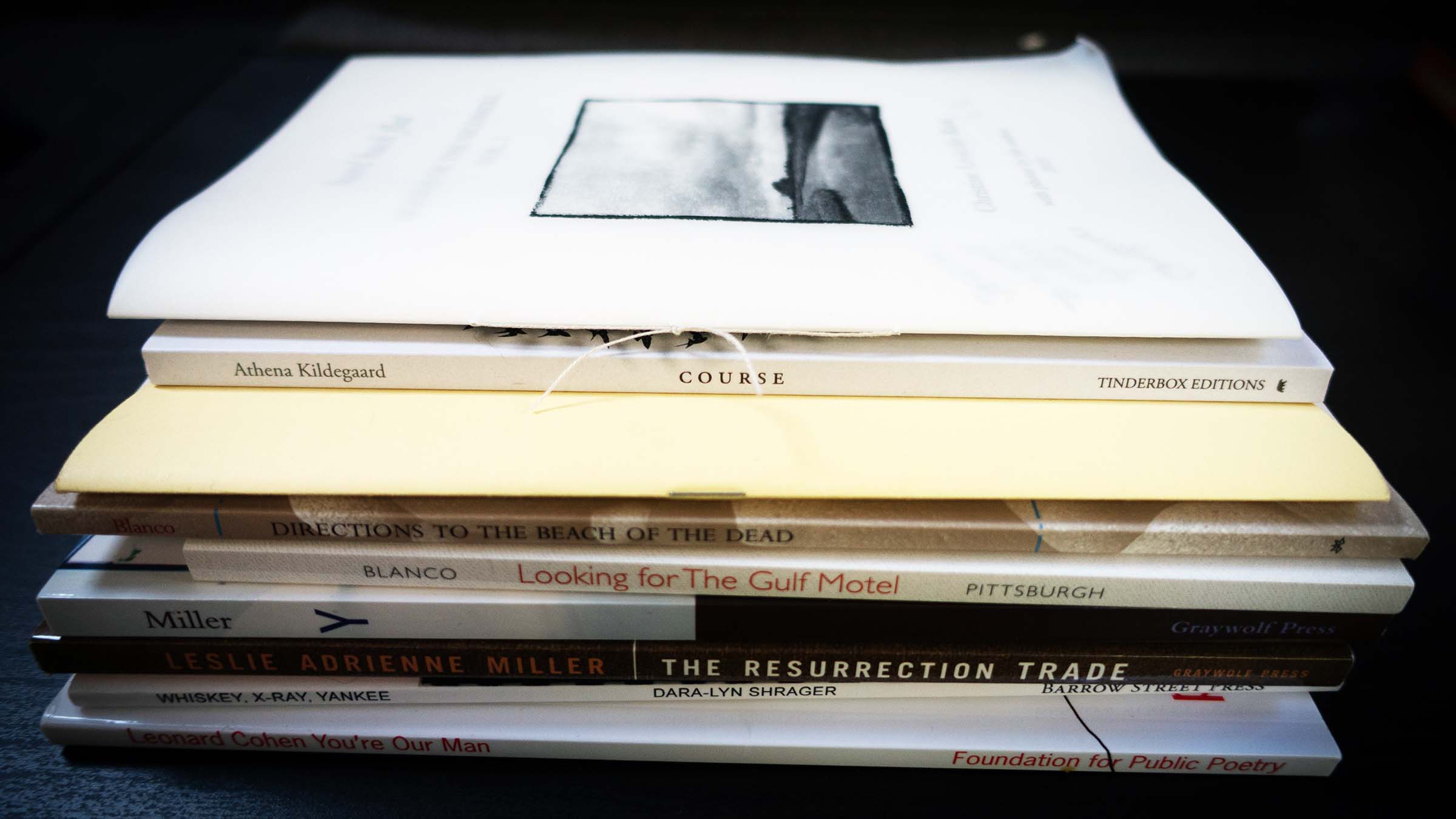