A couple of weeks ago, the #musochat hashtag popped up on Twitter and began to gather new music makers around sets of creative and career questions. This Sunday the virtual salon will hold its third open door event, and we realized that we had a few questions of our own regarding how this all got started in the first place (though we went old school and sent the founding group an email). Here’s what we now know:

What spark of inspiration kicked off the weekly (Sundays at 9 p.m. ET) #musochat Twitter chats? Is someone spearheading this or was it a spontaneous creation of the internet?

I’d been chatting with new music friends on a regular basis as part of a research project for NewMusicBox, and when the series came to an end, I found I really missed our conversations! I sent out a plea, they jumped in the ring, and Gahlord pulled #musochat out of a hat.

There have been many industry-specific #chats over the years. I don’t know if they’re all still there or not but, for example, #journchat and #edchat—just Twitterheads from those industries getting together and doing the Q&A thing. When we were hanging out the other day, using up all those characters trying to keep everyone included, it struck me that we needed to do a #chat so we could have a few characters left to actually communicate. I chose #musochat instead of #musichat so it would be differentiated should someone from the larger music community start a #chat and/or in case someone invented a hat/radio combo. It also helps identify the real humans from the bots and botlike Twitter accounts.

For the media producers among us (I write for my site, Shaya writes, Megan Ihnen writes, most of us are media producers these days, I suppose) the #chats also provide some useful content ideas for further documentation. That’s an area of weakness for the format. #chat streams become lost and inaccessible over time, and sometimes the ideas shared are worth returning to later.

What are the advantages of Twitter as a platform for such dialog? Can you really get a decent amount of information across in 140 characters?

Twitter’s demands of brevity really make me focus on getting to the point quickly. That, combined with the rapid pace of the discussion, forces me to prioritize which questions I want to explore further. As a result, there’s not as much of the beating-around-the-bush that you normally get in other forums, which I appreciate.

We’ve all been to a conference where someone starts asking a “question” that turns into a long-winded speech that is actually a product pitch or completely off-topic. Twitter makes it difficult for that sort of thing to happen. With everything kept relatively short and fast-paced, people say what they need to and get on with it. When others say something intriguing, then more discussion and interaction follow. It’s terribly natural.

There’s a lot to be said about Twitter’s leveling of the playing field, in terms of geography—I wouldn’t have been able to interact with the calibre of composers that I can today. What I appreciate the most is that the conversations happen in almost realtime. It gives a sense of vibrancy that other written formats don’t have.

One of the reasons I fell head-over-heels for Twitter as a social media platform was that it helped me connect with my new music tribe all over the globe. I didn’t have to know them in person, yet, to start participating in conversations about music both artistically and business-wise. I completely agree with Jason that this type of platform releases me from some of the limitations of geography. #musochat is like the masterclass or forum I wish I had as an undergrad in South Dakota.

Are there rules of order that a newbie might not be aware of? Can anyone with a Twitter handle and 30 seconds dive into this virtual salon with a question?

Yes anyone can dip in or even be late (I was an hour late last time and just dumped my responses in). It’s a bit crazy at first, but you get the hang of it if you go slow enough. It really is completely manageable by anyone who has been to a 7-year old’s birthday party. Mostly I’d say, don’t just lurk. Throw your answers in the pile. This isn’t an “experts only” thing or whatever. There are no real experts. The raw pile of ideas and experiences is what makes the experiment worthwhile.

I should note, usually it is one person, the host, that is asking the questions. The reason is that all the questions get numbers and the answers get corresponding numbers. If everyone asks questions then the numbers get out of order and the chaos gets a little unmanageable. If you really want to know the answer to something there are two great ways to do it: 1) Volunteer to be the host for the next session and then you can ask all kinds of questions. 2) Ask the host to ask your question to the group—keeping in mind that the hosts are insanely busy during the #chat, so don’t get worked up if they don’t get around to your question.

Also, if you’re new to Twitter, a #chat would be a difficult environment to learn how to use the tool. They tend to be fast-paced and confusing. If you don’t already use Twitter, sign up and mess around with it a few days in advance so you learn how to post, how to include a hashtag, how to use the search feature, etc. Then you’ll be less stressed out during the #chat. Also, remember that you can take your time and go very, very slow. You don’t have to read and respond to everything, just answer the questions and keep moving along at your own speed.

A tip for newcomers: It is nearly impossible to keep up with the entire chat as tweets fly by. I’ve found it helpful to use a third-party tool like Tweetdeck or Hootsuite and set up filters for the individual questions. In Tweetdeck, I dedicate a separate column for each question, by searching for “A1 #musochat”, “A2 #musochat” etc. Here’s what it looks like on my screen:

We’re also trying to collect the responses on Storify. Here’s a transcript of our first chat.

Remember, it’s a multi-person conversation. So, just like any large conversation, it’s as important to listen to (or, in this case, read) what other people are contributing as it is to contribute yourself.

I was a half-hour late to the second chat, so I decided to create a schedule for myself—10 minutes to quickly answer the first 5 questions, then 5 minutes of responding/favoriting/retweeting, and repeat with the remaining questions. I haven’t used any special tools to organize it for myself yet, but I’ve found that even just on the mobile app, I can keep up with things.

What have been some of the most remarkable/illuminating revelations (and/or good jokes, best use of emoji) the conversations have generated so far?

For me it’s been enlightening to see what kinds of challenges people are facing in producing more music and what the general bent is in terms of how to do more of it. There are moments of insight and idea generation. But looking for “key takeaways” or other stuff like that is probably not the best way to approach it. Better to just go in, answer the questions, and read others’ answers. Make connections with other people, try what they’re trying, etc.

In our “entrepreneurial” #musochat I realized that some people confuse “entrepreneurial” with “wearing lots of hats” and that there might be some opportunity to help in that regard. As a result, I’m going to do a free webinar going over Business Model Generation/Business Model Canvas—something I do in my work life on a regular basis.

I also suspect several of the composers who have attended will begin work with some of the performers who attend. I got added to a local-to-me composer group by way of one of the attendees, for example… sort of a friend of a friend thing. I’ll probably end up performing something they write in the fall.

It is these outgrowth projects that are the result of people just hanging out and answering some questions etc. That is probably the more tangible outcome, more networking that leads to production.

It works this way in other industry #chats all the time, so I’m certain it will work that way here as well.

What struck me the most with the “entrepreneurship” #musochat was just how willing people were to contribute. I was not expecting such a sizeable turnout (and we can’t even account for the folks who followed along without answering any questions!).

Favorite tweet, from David Rakowski: “I’m not an entrepreneur. But I am entrepreneurial. It’s not something with binary properties.”

So many people have had interesting, compelling responses (in part due to that Twitter brand of brevity!). I’ve also loved getting to connect with people I don’t know and may not otherwise meet, but who engage with me on the significant issues of our field.

I cannot say that #musochat will be extremely relevant in the future, but it is such a powerful use of our current resources. As new music people, we are inherently interested in the new, the untested, the frontier—this is a genuine way to explore socially what that means. How we make music isn’t only dependent upon what you hear in the performance space—it’s wrapped up in conversations like #musochat, and I want to be a part of that.

I don’t think I can top any of the above references. All I’ll say is how impressed I’ve been by the tenor of the #musochats: most everyone who is participating wants a sincere exchange of ideas, which is difficult to achieve in any context in which a bunch of composers/new music folks are having a conversation. I think this attitude speaks to (what I perceive as) Shaya’s original impulse to pursue what has become the #musochats—recapturing the congenial, open discourse of the New Music Gathering last January in San Francisco. I think this out of bias, mostly—many of the participants in the #musochats (Shaya, Megan, Hillary, for example) are people I met for the first time at NMG, and one of that event’s defining qualities was the approachability and openness of its discourse. Conversations happened between strangers that were more forthright than what I’ve observed among cohorts of students/professors who have known each other for years. At NMG, I think this dynamic came from the recognition that everyone at the conference, regardless of what they might have accomplished elsewhere, had the same stakes, the same investment, because they had taken the time, trouble, and expense to be at the New Music Gathering. Participating in #musochat is, obviously, far less burdensome, but I think some of the same spirit of what I saw at NMG has infiltrated these Twitter-based conversations.

As someone who has used Twitter for a long time, the functionality of the #musochat discussions is very impressive, because Twitter is not, in my opinion, well-suited for conversation. Possibly because #musochat is a specifically designated time and space, the folks who have participated in these chats have, for the most part, bought in to the idea that #musochat is a time for exchange and connection, not broadcasting. 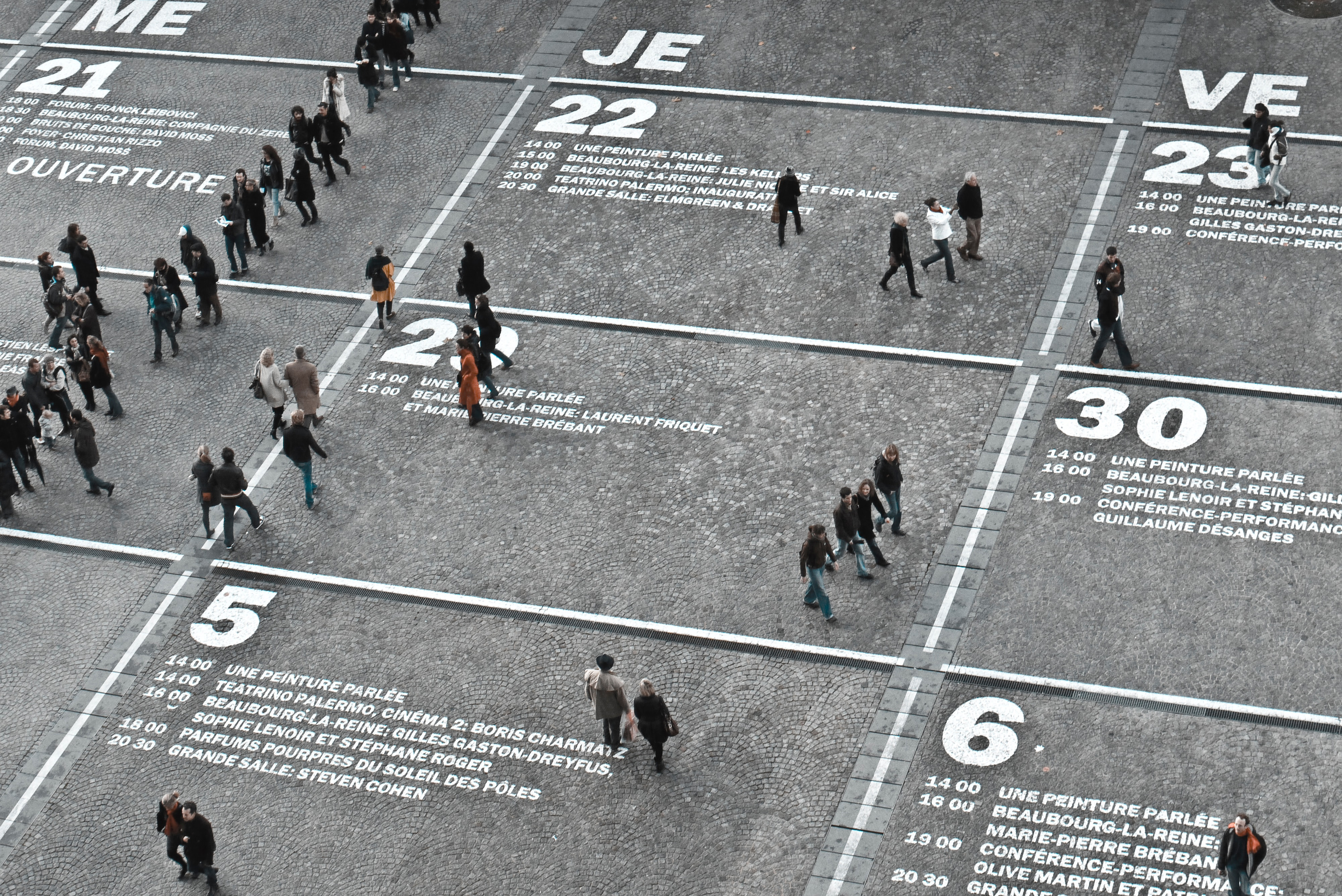 ► ▼One thought on “Got a Question? Get Answers on Twitter #MUSOCHAT”