Last week my remarks on these pages were inspired by a somewhat schizophrenic experience. I spent most of the day at an eight-hour marathon devoted to living composers at Symphony Space. But I ran off in the middle of the proceedings to attend the Met Opera’s press conference at which it was announced that only one work by a living composer would be performed during their 2010-11 season.

Interestingly, the day before those events, I received a very articulate letter imploring me to join a boycott of the New York Philharmonic for their lack of performances of works by American composers. But my own initial impression of the Phil’s 2010-2011 was not so grim—although hardly enough to my taste, there were at least several prominent premieres scheduled throughout the season, including opening night, so it did not seem nearly as barren as what I’ve sadly grown accustomed to from most so-called blue-chip classical music institutions. So I wasn’t nearly as upset about it as the person who wrote to me, or for that matter, Anthony Tommasini of The New York Times, who wrote very persuasively about the need for the Philharmonic to better advocate for American composers in an article published yesterday.

Of course the lack of emphasis on homegrown repertoire is a nationwide phenomenon when it comes to orchestras and opera houses. And despite Tommasini lauding the contemporary music initiatives by San Francisco Symphony, Los Angeles Philharmonic, and the Chicago Symphony, contemporary American music is still not the main attraction at those three orchestras, or at a full-season enterprise anywhere else in this country for that matter. New York City has the American Composers Orchestra, which also now boasts a season in Philadelphia, and Boston is home to the Boston Modern Orchestra Project, an institution whose exciting performances got me to trek up there and back just to catch the show. But neither ACO or BMOP has the resources, nor questionably (we’ll return to this word choice soon) an audience that would support a full year-round season devoted to nothing but new orchestral music.

As part of my remarks last week I included a survey asking readers what percentage of American music should be programmed by American-based music institutions. The results to date have been an instructive reality check. So although drawing firm conclusions from most collected data is a problematic endeavor, I will attempt to do just that now. Only 11% of the people who read this site (a site devoted exclusively to contemporary music by American composers) believed that major institutions should devote more than three-quarters of their programming agenda to works written by American composers. While an additional third believed more than half of the programming should be of U.S.-origin, the plurality (46%) believed that the most appropriate percentage fell somewhere between 25 and 50 percent.

As I suggested above, data is inevitably imperfect. Perhaps I should have made the choices more incremental than the six possibilities above—after all, there is a great deal of difference between slightly more than a quarter and a full half—but that seemed too cumbersome. For the sake of argument, let’s accept the information as is. So, if the plurality of folks who are presumably most invested in the music of American composers (all of you) feel that 26-50% is enough, what about the greater community out there? That community includes not only the standard classical music attendee to whom a recent work, American or otherwise, is somewhat tangential to the main bill of fare (the famous masterpieces of Europe’s past), but the majority of the general public who never attends classical music concerts, whether they contain American music or not. And as Clarke Bustard posted in an insightful comment to my original essay, there is quite a bit of American music happening in America all the time, it’s just not what we have been defining as “classical music,” which is a term none of us seem to like anyway.

Sorry if this all sounds a tad less than my usual enthusiastic cheerleading and a little too accepting of the status quo; I don’t intend for it to be. A great many of the American composers I most admire largely write music for smaller forces that gets presented without the endorsement of the big institutions. Admittedly many of these performances happen for smaller audiences and it is a fringe activity that survives and sometimes thrives more out of sheer force of will than anything else—like significant funding, resources, etc. We keep hearing that many big institutions are hemorrhaging, so ultimately Beethoven, Brahms, and Wagner (Ring cycles are very expensive) might one day be more marginalized than composers in the new music community. After all, those guys are not around to fight for the survival of their own music! But, please, argue with me. Nearly three years ago, Glenn Branca outlined a whole season of programs for an imaginary entity called the 21st Century Philharmonic. It didn’t seem like an impossible proposition, but as far as I know no one has yet taken his idea and run with it. Maybe we can and should build brand new larger paradigms and infrastructures for our music all over the country that could be self-sustaining and present a full season of programs. But if this is to happen, we will have to do it ourselves. So consider this yet another starting point. 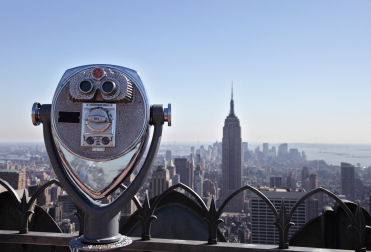