Why did you start writing music? Now, what do you hope to accomplish? This year? This decade? By the end of your life?

In response to these questions, you might envision your music’s success according to a variety of measures:

Given your creativity, I’m sure you can come up with dozens of other metrics (and I’d be curious to hear them).

But it should be obvious that rarely, if ever, does a piece of music succeed across all these dimensions. Whenever we create music—whatever kind of music we write—we create something that is, at least in a few dimensions, unremarkable. Because individuals and groups value these various dimensions differently, no piece of music can be universal in its appeal or usefulness. Even Bach can be considered an also-ran by many people in many contexts. Thus, it is not intellectually or socially honest to ask, “Is Piece A better than Piece B?” without being able to identify the terms of comparison and explain why those terms matter.

Whenever we create music—whatever kind of music we write—we create something that is, at least in a few dimensions, unremarkable.

It may seem sacrilegious to suggest that our prized repertoire is not inherently more worthy than other music. It may further seem counterintuitive to consider that the uninteresting and mediocre, or even the lackluster and substandard, may help us achieve our goals better than our lodestars—not just as cautionary tales but as exemplars themselves.

What does unremarkable music have to teach us about achieving our goals?

On a social level, we all share a fundamental need for validation and belonging. Though some composers may be content to write for themselves, most of us write music because we want to connect with those around us. Regardless of whether we get paid, a large part of what we do constitutes a gift to our collaborators and communities. We hope our music may inspire, challenge, stimulate, touch, or delight those who hear it. When that gift is poorly received or rejected, it stings.

Most of us write music because we want to connect with those around us.

This sting can be all the worse because many of us hold ideals of meritocracy and social justice. We believe that the good and the marginalized should have at least an equal seat at the table as the powerful and the privileged. Further, we want to believe that our music has merit. When that merit is ignored—particularly because of structural discrimination—we feel a righteous sense of injustice.

Often, our success as composers is only loosely based on how good our music is. And as inarguable as the benefits of power and privilege may be, they hardly constitute the only way to create and sustain communities. Further, the powerful and the praised are not the only communities worth serving or creating. (On these points, see also Elliot Cole’s article “Questions I Ask Myself.”)

This, then, is what unremarkable music can teach us socially: our success as composers, however you want to measure it, reflects most strongly the quality of the relationships that our music fosters. As humanity’s most ephemeral artifact, music may catalyze these relationships, but it cannot constitute their substance. Inasmuch as your music enables you to make others feel seen, treasured, cared for, and empowered, it can be said to be doing its job.

We are not fundamentally composers: we are human beings who use music to love others.

Likewise, other people are not fundamentally our audience: they are human beings with a rich capacity to receive and reciprocate that love.

Whenever we connect with other people through our music, it constitutes only a part of the whole relationship. Even our ties to the so-called “great composers” have just as much, if not more, to do with the myths and institutions built around them as they do with their music. Why, then, do we insist that our professional status must stand or fall primarily on our scores and recordings? You would never communicate with your mother only via sheet music. So, too, we can only fully cultivate our professional impact through the stories we tell, the meals we share, the conversations we have, the memories we make, and so on.

You would never communicate with your mother only via sheet music.

It should be obvious that you don’t have to be stereotypically successful to do this. Anyone—the 17-year-old YouTuber, the part-time production music composer, the obscure grad student, the band teacher from Montana—can make an impact through these means.

Still, when that impact goes viral, it can leave some observers bemused, jealous, or defensive—an honest reaction, inasmuch as its roots go deeper than common pettiness. These roots tap into the implicit messages behind certain measures of success, messages about which relationships matter more than others. For many of us, it requires a great struggle to uproot our uncritical embrace of these values. Does the New York Philharmonic and its milieu truly matter more than the seventh graders of the Springfield Middle School Band and their families? Is the only route to financial security truly through becoming an A-list Hollywood composer?

Yes, attaining such stereotypical success through “remarkable” music will constitute impact and bring influence, and these are not unworthy goals. Yet unremarkable music can be subversive and transformative in ways that music of “merit” cannot achieve. Think of punk rock. Think, too, of educational and film music. Despite all the flack that these genres receive in some quarters, many of us became composers because we loved John Williams’s Star Wars scores or Eric Whitacre’s choral works. That these examples are wildly successful in some spheres but disparaged in others serves only to underscore my point: whose opinion matters?

This disconnect between impact and merit brings to mind the common aphorism, “One person’s trash is another’s treasure.” It, in turn, resonates with a “philosophical conundrum” in ethics that Agnes Callard explains in a recent essay:

Morality requires we maintain a safety net at the bottom that catches everyone—the alternative is simply inhumane—but we also need an aspirational target at the top, so as to inspire us to excellence, creativity, and accomplishment. In other words, we need worth to come for free, and we also need it to be acquirable. And no philosopher—not Kant, not Aristotle, not Nietzsche, not I—has yet figured out how to construct a moral theory that allows us to say both of those things.

To this conundrum in music, I propose an answer akin to Captain Kirk’s solution to the Kobayashi Maru: Sidestep the issue. Rig the test. Embrace what is unremarkable about your music. Cherish it. Prize it. Stop trying to be all things to all people. Stop trying to convince the haters.

Embrace what is unremarkable about your music.

This isn’t to say we should stop fighting for a more perfect world (never!). Still, in this present, imperfect world on a Tuesday afternoon, to quote Obi-Wan Kenobi, “there are alternatives to fighting.”

Part 2 of this article will show how some of those alternatives emerge from identifying why unremarkable music bothers us personally.

Joseph Sowa grew up playing violin and listening to orchestral broadcasts on NPR. Surrounded by these sounds, he wanted to make more of them. Often taking its inspiration from nature imagery, his concert works have been played by Ensemble Dal Niente, the PRISM Quartet, Collage New Music, the Lydian String Quartet, the Ludovico Ensemble, the Awea Duo, the Tower Duo, Jaren Hinckley, and Daniel Stepner, among others.  He has been commissioned by performers including Hub New Music, the Genesis Chamber Singers, the Farallon Quintet, Carolyn Hove, and Neil Thornock as well as foundations... Read more » 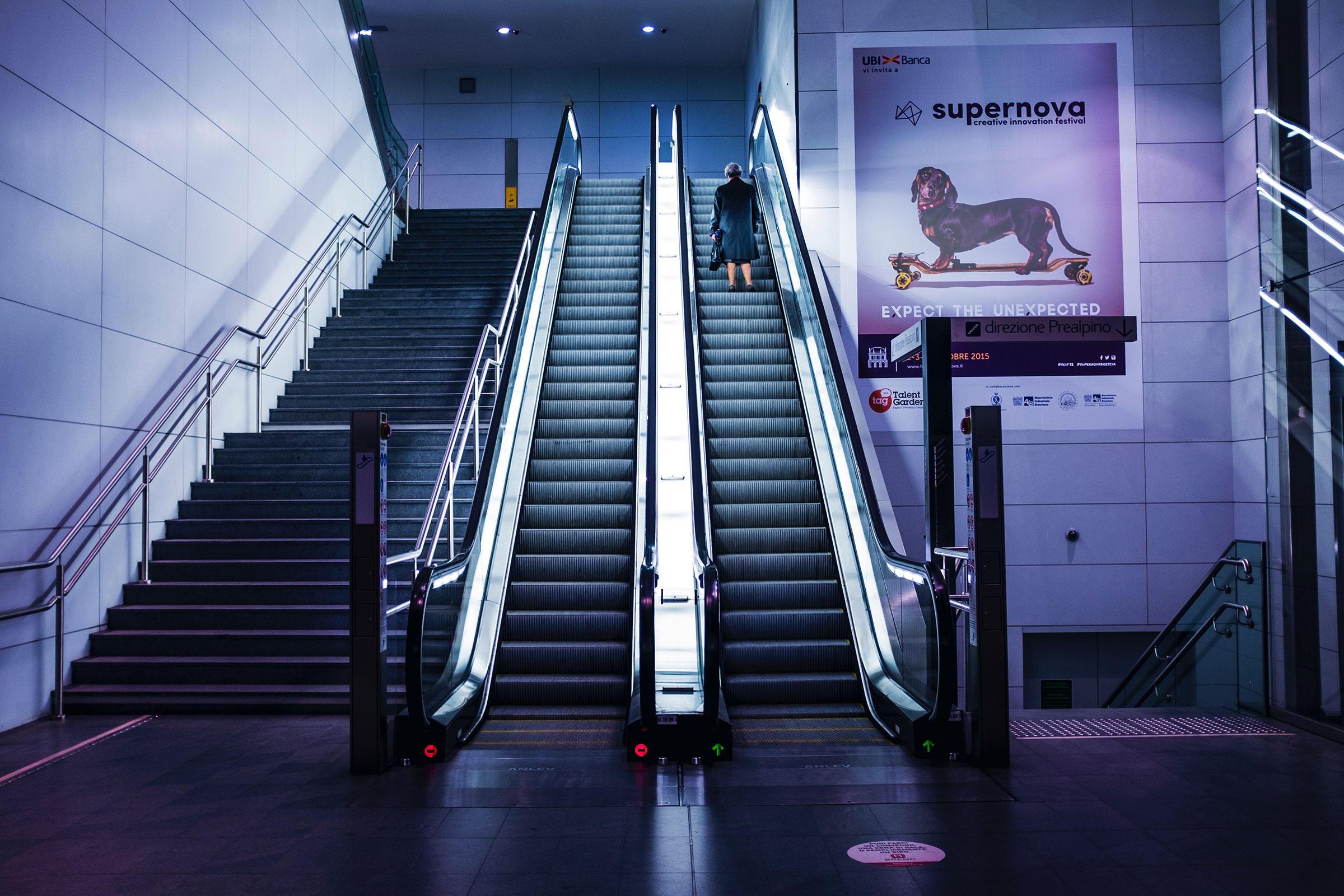 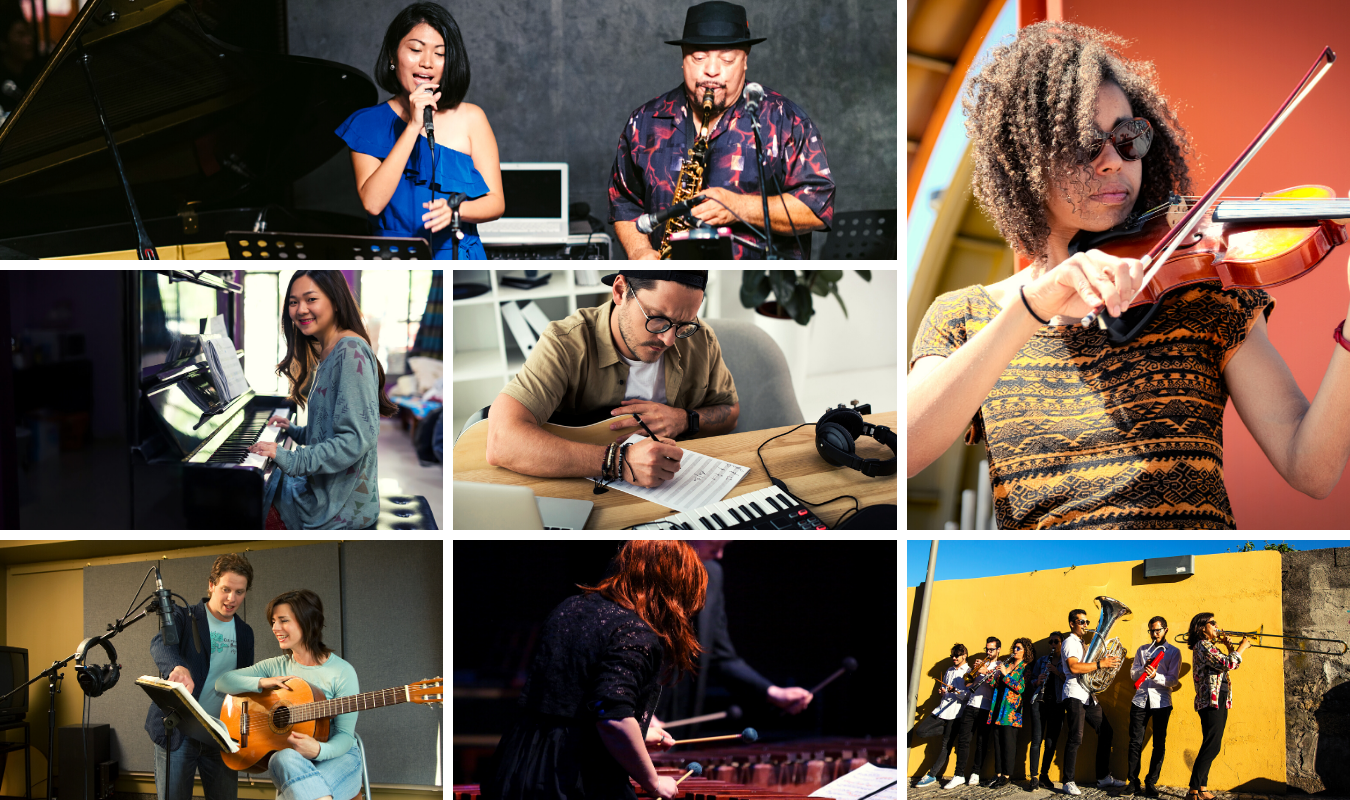 ► ▼3 thoughts on “In Praise of Unremarkable Music: Part 1”