Before getting into the details of how we discover and apply to artist residency opportunities, we wanted to share our thoughts on some of the benefits to performers and composers of continual travel for music. The main takeaway is that every artist residency is different in its financial burden, its scope, and its circumstance; we’d like to encourage people to take on engagements of every kind, not just those which offer stipends and plentiful resources. 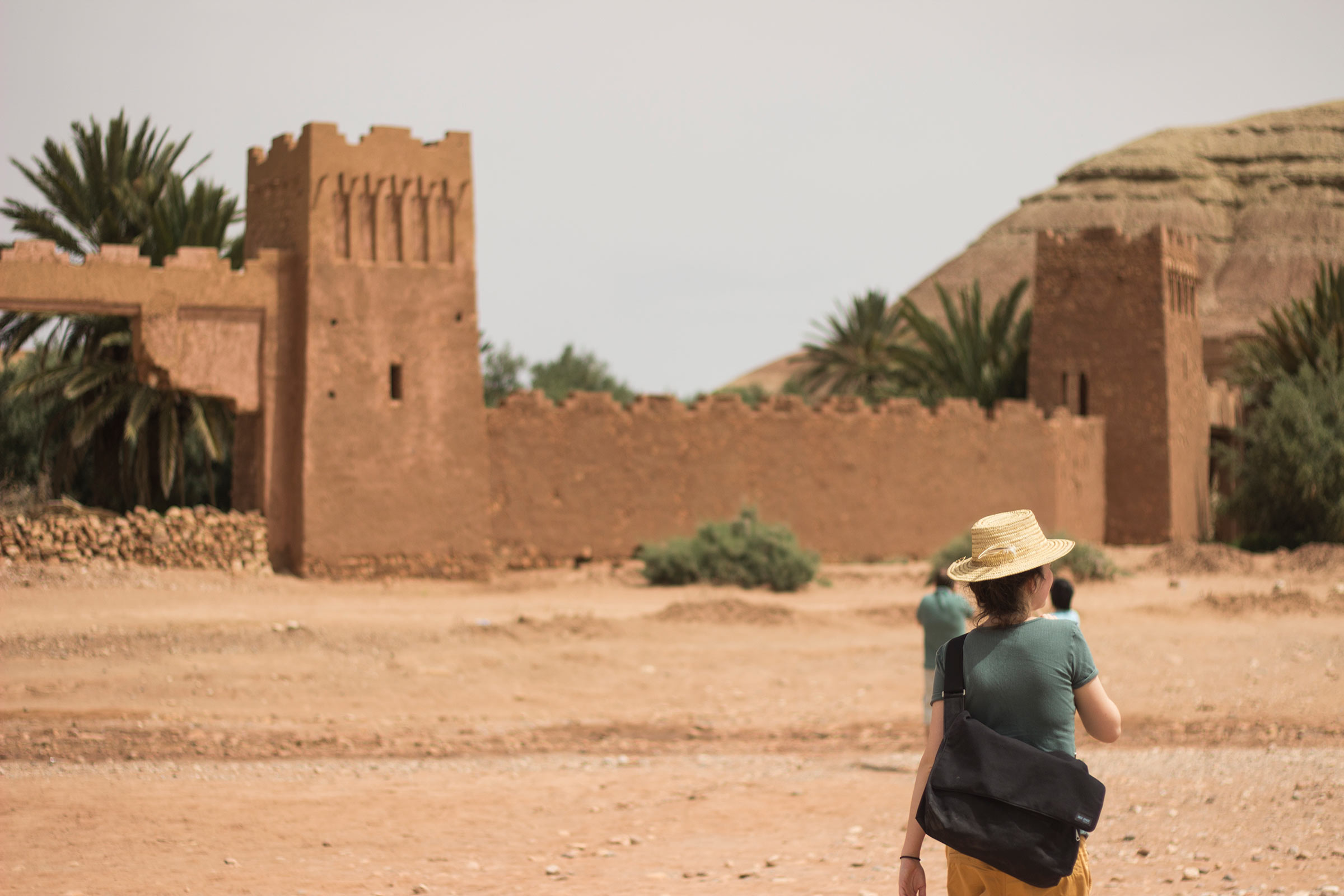 In April 2017, we were in residence at Dar Slimane, in a remote location outside of Marrakech, Morocco. Part of the institution’s mission is to revitalize desertified land altered by years of unsustainable agriculture, while also supporting artists in an interesting cultural environment. There are residencies of all sizes out there, and Dar Slimane represents those of the smallest size, where just a local couple is essentially hosting artists in their home. It has a completely different dynamic from those like Avaloch Farm or Banff that musicians often turn to, but one we’ve come to cherish in its own right. Small residencies are normally run by artists themselves, and they can connect you with the local community and environment in ways that huge institutions cannot. The key lesson we learned through our experience, and the one that made participating in this residency possible, was to be flexible artistically.

For the first time, we had a circumstance that necessitated leaving our instrument comfort-zone. We knew there wouldn’t be a piano on the premises, and that we would only be in residence for two weeks. Our solution was to learn and record a piece by Christopher Adler that is scored only for instruments that could all easily fit in a carry-on suitcase. The piece was great for this situation but, better yet, it was a choice that set us on a path to seek out increasingly more portable solutions. Here’s our current traveling instrumentation, as it existed in Åland a couple months ago: 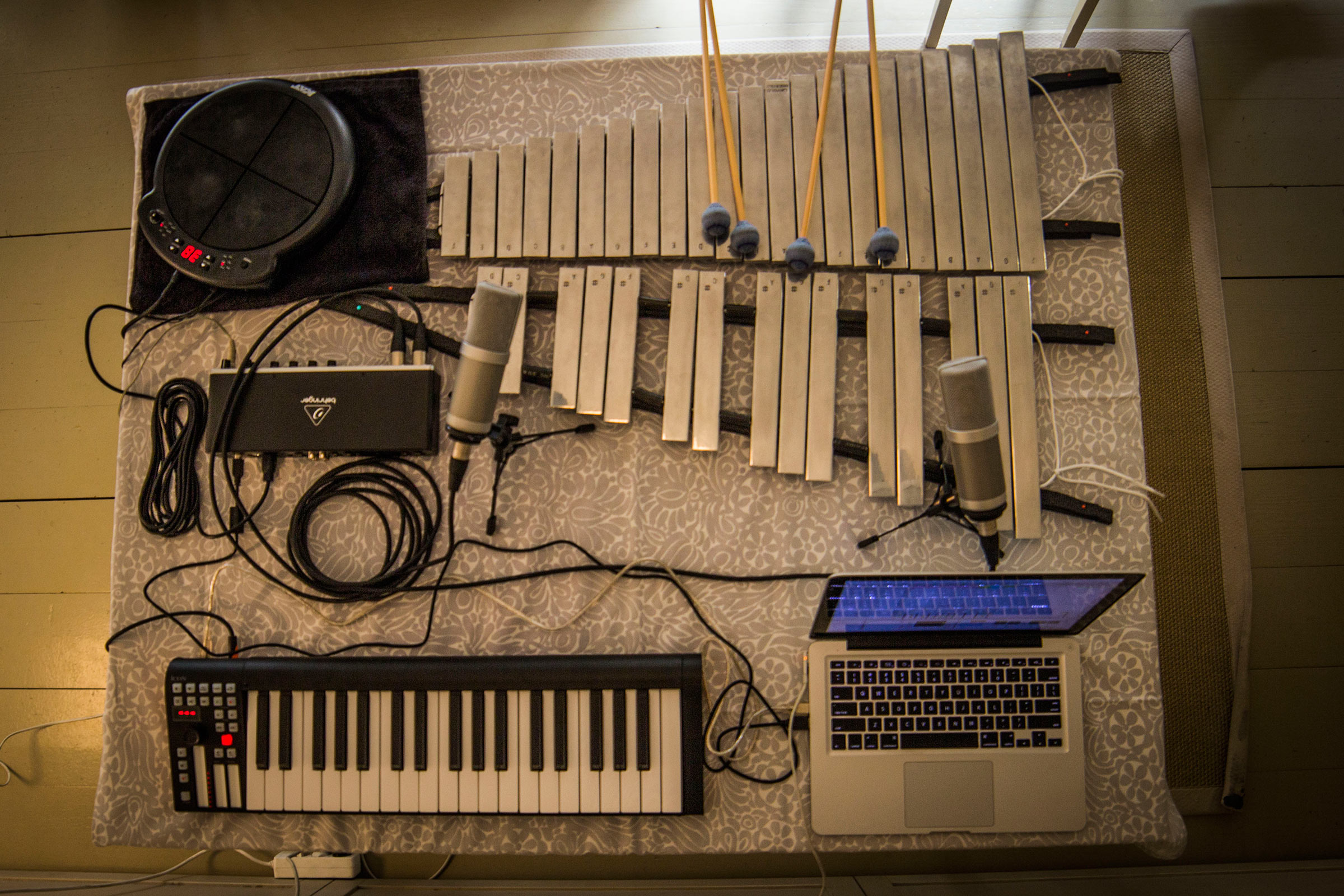 Our stay in Morocco represented the first time we wondered, “Should pianists only apply to residencies that provide a grand piano? Do we need to find a five-octave marimba?” Prefaced by saying that we believe there are an incredible set of residencies all offering beautiful pianos, of course our answer to these questions is no. A recurring theme in the classical music world is to “bring classical music outside of the concert hall,” but that’s not a proposition we can pursue without changing our perception of what is needed for a performance.

Our desire to continue working within situations as culturally vibrant and influential as ours in Morocco has played an important role in how we’re approaching music now. We had a bug—not having a proper instrumentation—that has now been transformed into a feature of our ensemble: being able to travel and perform anywhere. We’d encourage anyone to extend the perimeter of their comfort zone when it comes to artist residencies. Whether it’s about being away from home, having limited resources, or stretching what is financially possible, usually the good will outweigh the bad in the end and you’ll come out with inspiring experiences that would’ve otherwise never happened.

Iceland // Think big (and then make it work)

We were in northern Iceland for a residency at Listhús art space that coincided with their Skammdegi Festival. During our nine-week stay we: recorded an EP, filmed three music videos, played on the Dark Music Days Festival, were on the Radio and TV in Icelandic, had a small house concert tour, and met a dozen other inspiring artists (from the town and abroad). We were even extras on a Netflix show. By our standards, that’s a lot for nine weeks in a completely new location. It wasn’t like we were stretched to our limits either; in the dark and cold North, we had the time to be introspective, to catch up on typical admin work, and still had plenty of energy for fun and discovery within this unique place in the world.

It did come at a price, though. Not all residencies are free, and this was the most expensive one we’ve participated in. The fee and expenses of living in Iceland can sound a bit difficult to swing for most people, but an eagerness to take on this opportunity helped us to find a way to make it work.

One of the hidden benefits of distant travel as an artist is the ability to accrue funding from grants not only from your home city/country, but also abroad. Our residency proposition in Iceland opened us up to many different funding bodies in the Nordic countries that helped us to build a project across many locations and disciplines. We were able to couple the opportunity with an advantageous festival appearance that also helped offset the cost.

Grants and funding aside, we think that giving a fee per month to an arts organization that needs it, is so much more satisfying than giving that money to a landlord. Our project in the Nordic countries quickly expanded to include festival appearances, composer commissions, and residencies in Finland, Norway, Sweden, the Faroe Islands, and Denmark. Although it took a leap of faith and a small initial investment, this larger project that accumulated support on the way would have never happened without the Listhús residency as a catalyst. 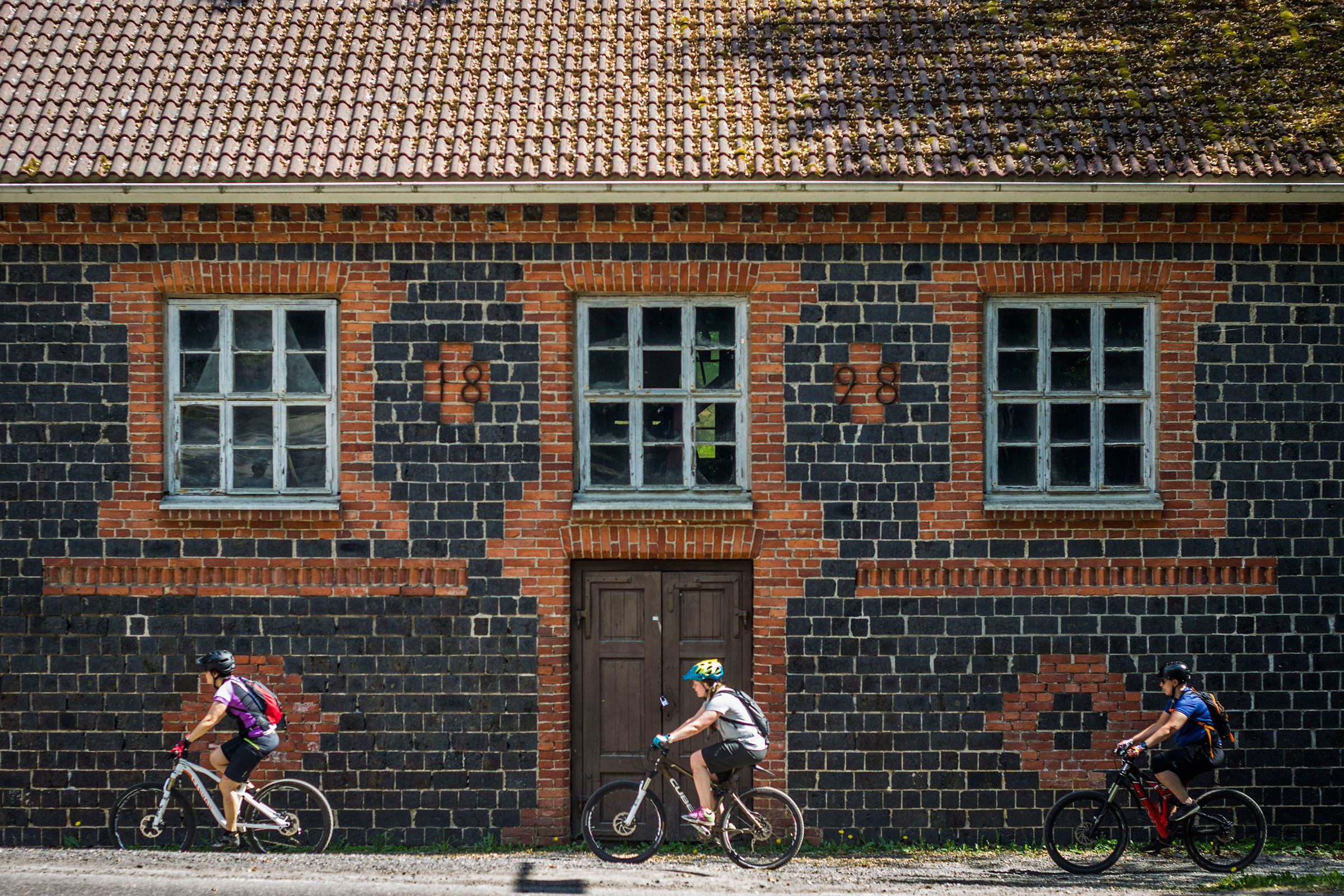 Fiskars, a small town outside Helsinki that is owned by the Fiskars company, is a true “artists’ village.” Funds from the company helped facilitate an influx of Helsinki-based artists to live and work in the vacant factory buildings. Though a town of just 600 or so permanent inhabitants, it is somehow an epicenter of arts and culture. Couple that with Finland’s incredible public education and social programs, and it’s hard to imagine a place with a higher quality of life for musicians.

It’s easy to think that media center cities like Los Angeles and Paris are the only places it’s possible to be a contemporary musician in touch with the vanguard, but traveling has shown us something different. Going to an artist residency somewhere halfway across the world will give you an outsider’s perspective on your own life and the current circumstances in which you live. It will also give you a window into another kind of lifestyle you may not have yet encountered.

The lesson we’ve learned this time is that the best place for you to choose to settle down may not be the city you grew up near and it doesn’t have to be automatically the city you went to school in; it’s possibly even somewhere you haven’t heard of yet.

We stayed in the small town of Treis Elies, Cyprus this past July as part of the Kammari Residency. Kammari was very recently started by a small group of Finnish/Cypriot artists and philosophers. With just 20 permanent residents, the town of Treis Elies represents a shift in Europe where small rural villages are losing residents and becoming uninhabited. With several young couples moving to Treis Elies from abroad, the village’s make-up is now a mix of an older Cypriot generation and a new very international one, not without clashes of lifestyles. The introduction of the artist residency has created a foundation for these two different cultures to interact on and this has drastically changed the sense of community within the village. In Treis Elies, meals and drinks are shared on a daily basis regardless of age, language, or background. In a place with a history such as Cyprus’s we felt this message was very powerful: that artist residencies propose the ability to change a cultural landscape.

La Casa del Herrero in Torralba de Ribota, Spain (population 188) is doing the very same thing: it represents one of three artist residencies in the same small village, and it contributes to building a vibrant and inclusive community there. Our experiences at these residencies were not only defined by the art we encountered, but also defined by memories of conversations shared over lunchtime backgammon and late-night barbecues in many languages. We learn about different cultures and communities in this way and often can draw parallels between them.

The people we know, and have met on the way, are what have made our experiences meaningful, more than the places we’ve been. It’s both for us and for these communities we encounter that we hope to start new discussions about art and create shared memories during our travels.

Morocco, Iceland, Finland, and Cyprus: it was a general openness toward going anywhere and an eagerness to share our music with anyone who will listen that brought us to these places. We’ve learned a lot along the way, and hope that by seeing these four examples you’re encouraged to travel somewhere not only because you want to go there, but also because you think it might expand your world, practice, or ideology in some way. Traveling somewhere new provides us with a thought-provoking invitation, applicable in both life and in new music: to change and be changed.

Ever since they began collaborating in 2015, the musicians of Passepartout Duo have been known for their tireless advocacy of new music, ideas that cross aesthetic boundaries, and the compelling films they create. Driven by their shared values of music, people, and travel, Nicoletta Favari & Christopher Salvito‘s simple and elegant approach has already earned them a reputation as a thoughtful and promising emerging group within the contemporary music field The work of the duo has been described as, “globalized and far-reaching and provocative and, yes, even beautiful” by the... Read more »