New Music USA has announced its fifth round of project grants awards, totaling $276,770 in funding to support artistic work involving a wide range of new American music. The 53 awarded projects include concerts and recordings, as well as dance, theater, opera, and more—all involving contemporary music as an essential element. Awarded projects from all five rounds can be discovered, explored, and followed by the public via media-rich project pages.

New Music USA President and CEO Ed Harsh commented, “We continue to be amazed and humbled by the incredible array of great projects brought to us by artists around the USA. We’re committed to doing everything we can to increase the amount of money we’re able to distribute in support of this groundswell of meaningful work.”

To date, an additional $33,000 over our program’s original budget was made available through the actions of New Music Connect: The Network for Friends of New Music. This additional investment adds support to projects qualified for funding as part of our grant program’s panel process. New Music Connect is designed to connect and engage individuals from across the United States to advocate for and empower the new music field.

In response to feedback from artists who were surveyed following the two inaugural rounds of the program, the fifth round continued to include a special focus on requests of $3,000 and below. Approximately 47% of grants awarded were in this category. The next round of project grants will open for requests in March 2016, and decisions will be announced before July 2016. Including the awards announced today, New Music USA’s project grants program, launched in October 2013, has now distributed $1,482,340 in support of 283 projects.

(–from the press release) 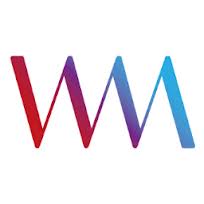