Before we sing another chorus of “Auld Lang Syne” and bring the curtain down on 2018, we have an annual tradition among the staff here at New Music USA of revisiting some of the tracks that caught our ears and hung on for any number of good reasons. Don’t see a 2018 favorite of yours? We hope you’ll tell us more about it below in the comments so we can all give it a listen.

PLUS: New this year, you can stream the entire mix using our playlist feature. This listening option will allow you to easily save tracks to your own playlist as well. 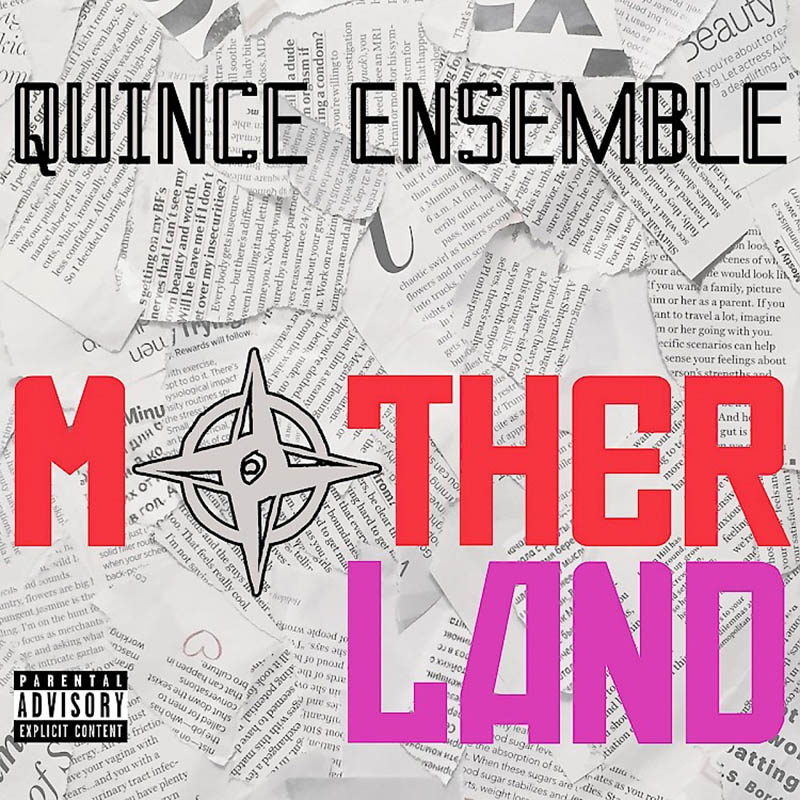 Purchase via Amazon / iTunes / Bandcamp
The score on ISSUU

I know that Quince’s second album made our list last year, but to me their latest (Motherland) is, to recontextualize Mao Tse Tung, a “great leap forward.” The centerpiece of this third Quince disc (featuring four recent compositions by four different women for unaccompanied female vocal quartet) is Jennifer Jolley’s Prisoner of Conscience, a substantive musical response to the 2012 trial and imprisonment of three members of the Putin-defying Russian punk band Pussy Riot. Though it was composed back in 2015, Jolley’s not-fit-for-radio-airplay, eight-movement cantata with spoken-word interludes is the ideal soundtrack and perhaps balm for our current “toxic” (to replay the Oxford Dictionary’s word of the year) times. 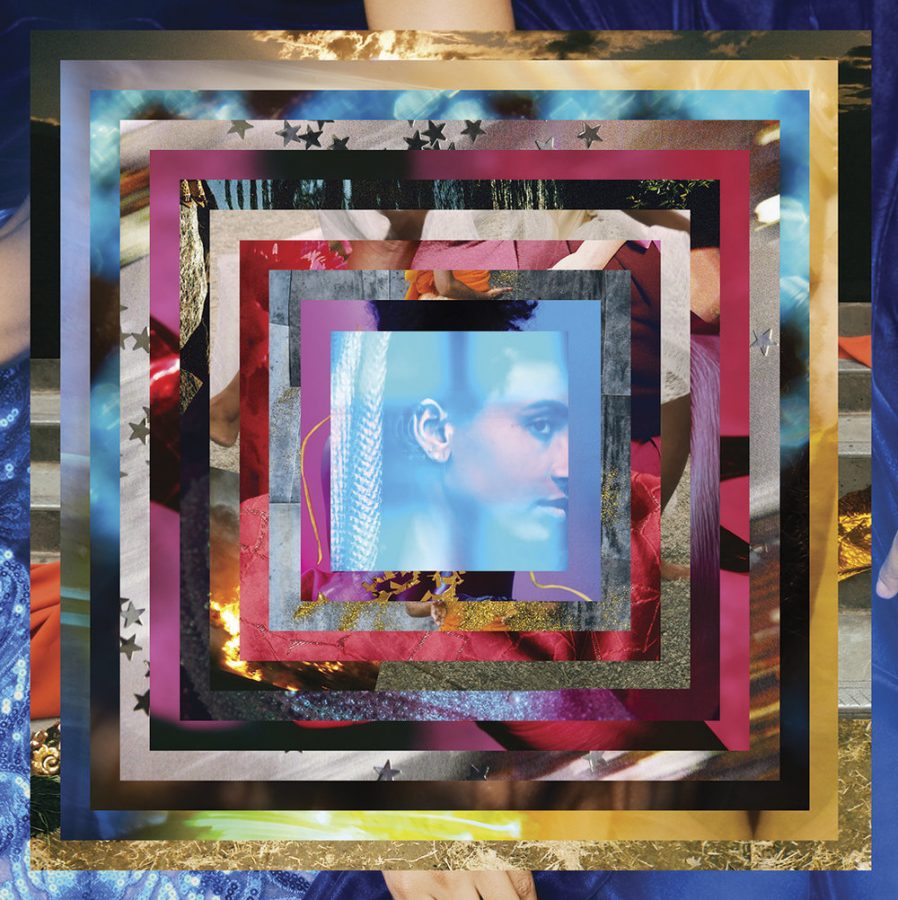 “Grounded sensation of perpetual connection with the immensity of the external world,” reads the photo accompanying the release of “12 Little Spells,” an overture dedicated to the thoracic spine. With it, Esperanza Spalding conjures the grounding, expansive, connecting force of the twelve vertebrae between the pelvis and the base of the skull that anchor the ribcage and protect the spinal cord. This spell/song has cinematic swells that feel like breathing, like unfurling, like taking a giant full-body morning stretch while returning to your corporeality after a deep sleep. Spalding’s voice, supported by strings and guitar and bass and brass, stretches and expands alongside her lyrics.

On her website, Spalding writes that the concept behind her newest album, 12 Little Spells, came to her as an embodied tingling healing sensation. She touches upon her initiation into reiki and writes that she wanted to “harness these 12 little sensation-revelations into sounds, words, imagery, and performance that activates this healing, tingling effect in others.” For me, this collection of spells feels more like a grimoire than an album in the best possible way. If you are a body in need of some magical grooves, I would highly recommend treating yourself to a meditative hour of musical healing, courtesy of Esperanza Spalding’s 12 Little Spells. 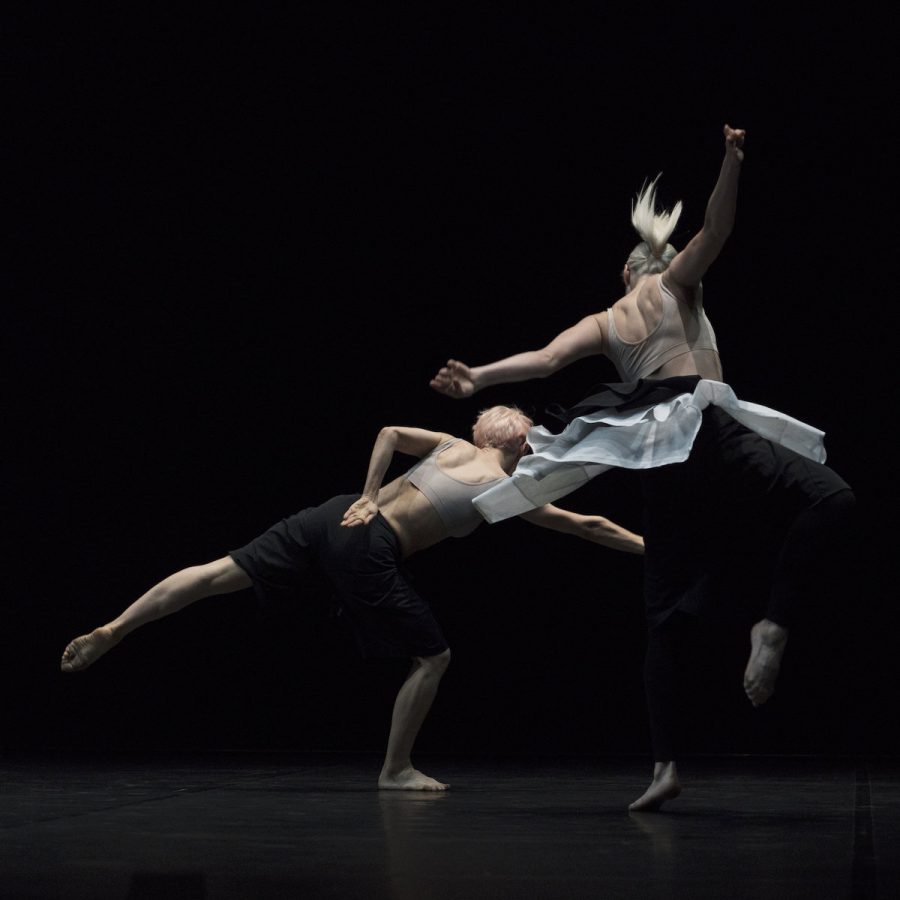 Admit it, we’ve all been there. That’s what makes this short, intense track so compelling. Suggested listening mode is loud and with good headphones for the most dramatic impact.

After working in steel factory in Gary, Indiana, Jlin has taken the electronic music world by storm. An indefatigable touring performer, she’s been on the road almost constantly since May 2017. Despite that, she still found time for collaborating with choreographer Wayne McGregor on a major new work, Autobiography, from which this track and album resulted. 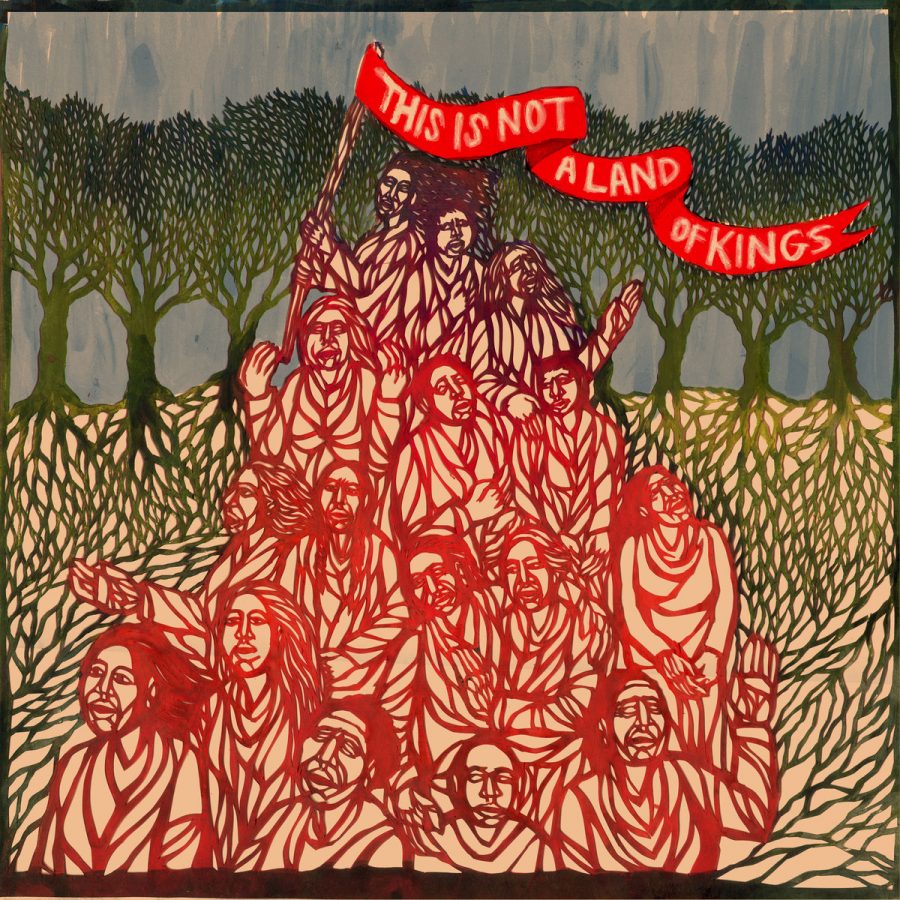 Gelsey Bell: This is Not a Land of Kings
Gelsey Bell, Amber Gray, Grace McLean (vocals)

Album: This is Not a Land of Kings
Gold Bolus Recordings

Admittedly, I’m a sucker for the center of the Venn diagram of folk, a capella, experimental, female vocals. On this track and across the entire short EP, Gelsey, Amber, and Grace demonstrate the full expressive power of the human voice. Extended techniques mingle effortlessly with deeply satisfying consonant and dissonant harmonies. This track helps me suspend time for a moment before I get back to “rolling up [my] sleeves.” 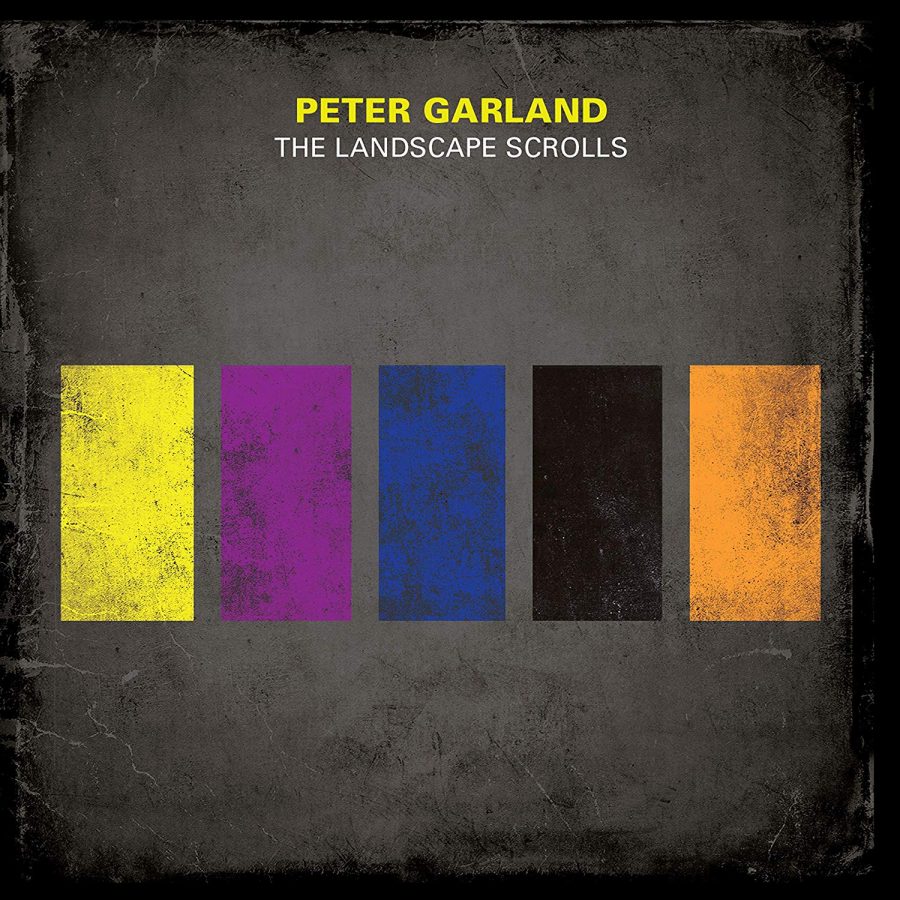 In the chaos of modern life which often sets my mind skipping, I found Peter Garland’s The Landscape Scrolls to be a recording which instantly focused my ear and attention. Spare lines of distinctly diverse timbres fuel the five-movement, 50-minute-long piece, expertly delivered by percussionist John Lane. In this setting, Garland’s musical imagination cuts an aural path that is striking for its clarity of expression and inspired in its cumulative effect. I have yet to find the lucidity many have achieved through the practices of yoga or meditation, but the resonances in The Landscape Scrolls shush the contemporary noise machine and offer up a centering sonic touchstone. 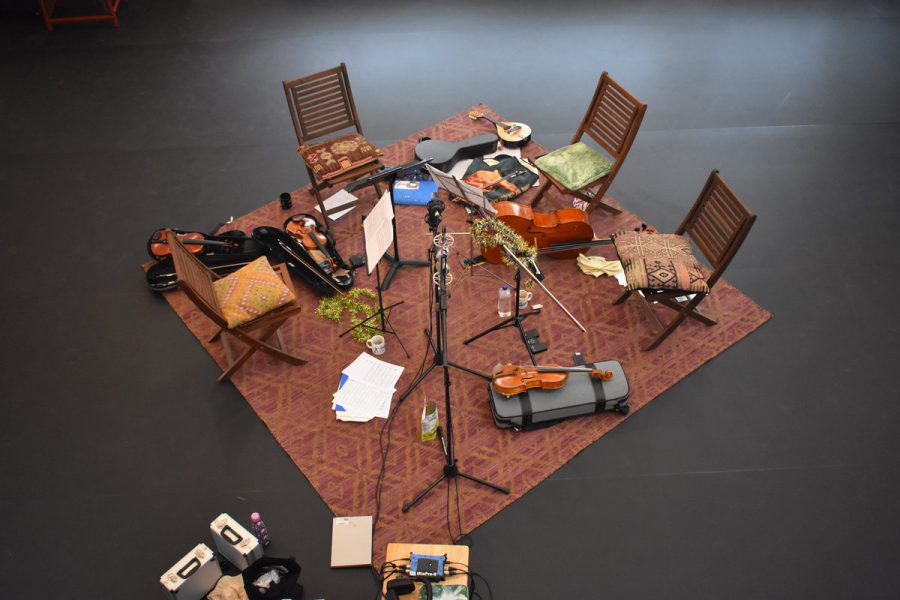 The Rhythm Method are, individually and collectively, fierce, fearless, and virtuosic performers. They’re also a group of players who are unapologetically stylistically omnivorous and versatile, and have a definite sense of humor – which shows in their choice to release that rare animal, a new music Christmas album. (The last one I remember is Jerseyband’s Christmasband… in 2001? Which is also awesome but on a completely different level, volume-wise, to this one.) The quartet describe this album as “a cheeky but earnest tribute to the ethereal, soul-flossing music of the Wandelweiser composers’ collective” drawing on “those composers’ deep engagement with silence and slowness, with gentleness and the sort of beauty you have to lean in to hear.” If you like your holly jolly on the quieter, experimental, ASMR side, this is for you. 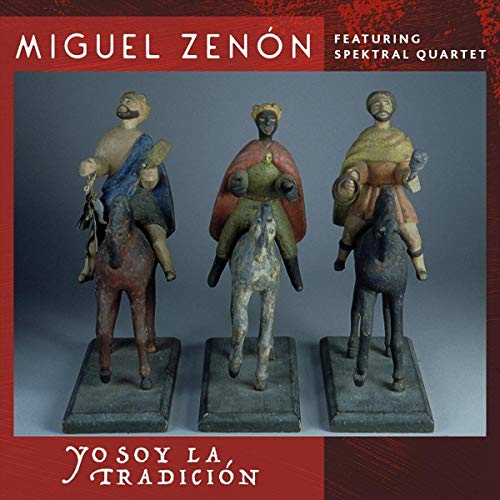 Miguel Zenon has for many years used his enormous artistic vision to draw attention to the music from his own cultural heritage. This collaboration with the Spektral Quartet is a striking addition to his body of work. This entire album is worthy of some deep listening, and it was recorded just at the time Hurricane Maria hit Puerto Rico, making the project all the more compelling. I chose this particular track because it demonstrates a more introspective side of the music, which often goes unnoticed. 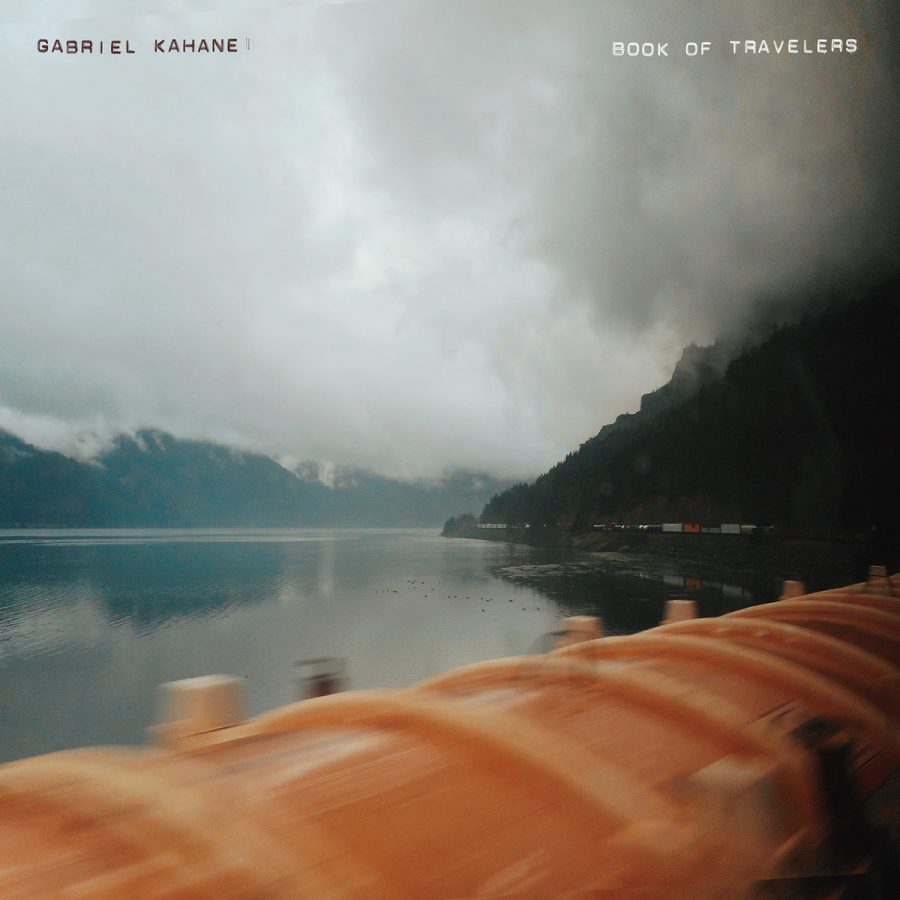 Gabriel Kahane is such a phenomenal storyteller. On the album Book of Travelers, he captures many personalities and snapshots of lives within the romanticism of long-distance train journeys throughout America. In “Model Trains,” he relates the story of a train-loving husband and father who goes slowly mad after hitting his head. The harmonic palette one might liken to romantic art song, which is probably what carried the story so poignantly for me upon first hearing it. 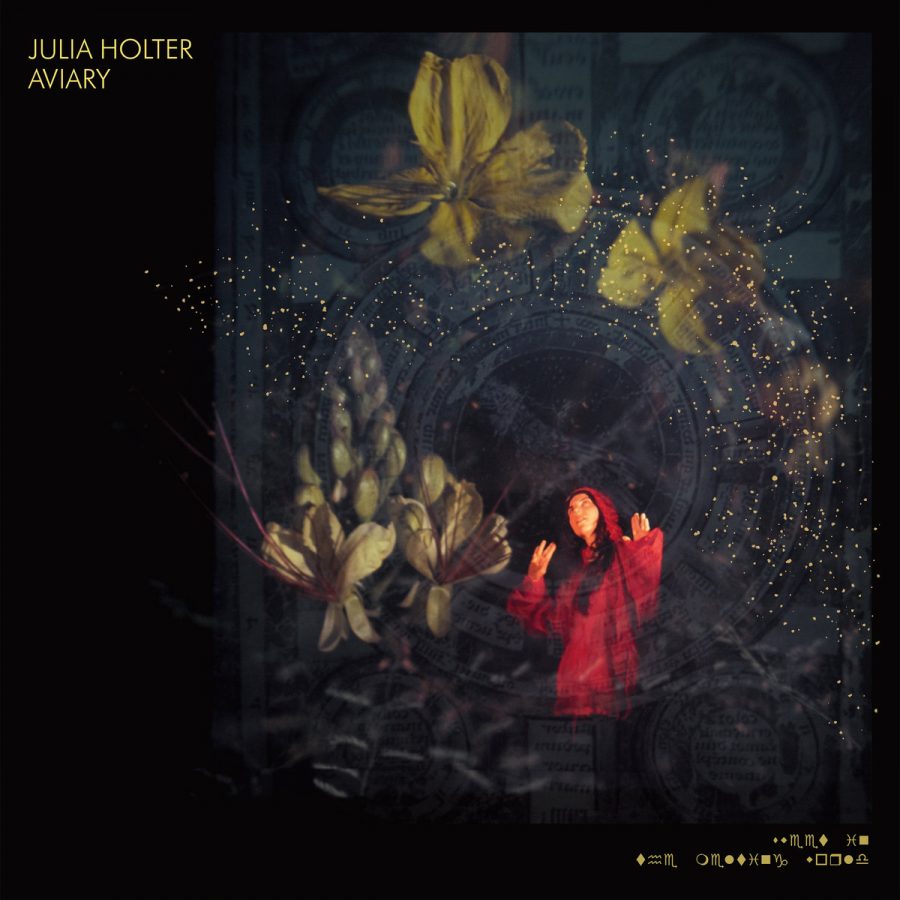 I’ve always really enjoyed Julia Holter’s work, and her new album, Aviary, is stunning. Each track offers its own beautiful, terrifying, and joyous world, worth multiple listens. I was initially taken by “Everyday is an Emergency,” which is full of bagpipe, brute-i-full amazingness. However the energy and chaotic-ness of “Chiatius” grabbed my attention. It delivers something of a more classical vibe mashup. It’s as if there are multiple pieces overlapping, ebbing and flowing over the top of each other.