In the bright and halcyon days of early 2020, my team at Fifth Wall Performing Arts planned something we thought would be fun: a spring concert of Fluxus-inspired works performed simultaneously by our friends in New York City and Ann Arbor. Each location would be livestreamed to the other, where we’d hoped the broadcasts would create a new sense of what Fluxus artist Dick Higgins called an “intermedia” space. These, of course, were the days before Zoom became a household name, before livestreamed concerts became the unfortunate norm. We’d had the venues booked, the artists lined up, and even an endorsement from Meredith Monk—but it was not to be. Like every concert in the spring, summer, and beyond, our Fluxus Fest was cancelled.

Like every concert in the spring, summer, and beyond, our concert of Fluxus-inspired works performed simultaneously in New York City and Ann Arbor was cancelled.

So, I took the opportunity to learn more. Though I first became seriously interested in Fluxus back in 2016 through the wild and wonderful world that is Dick Higgins’s “Danger Music” series, the COVID-19 pandemic forced upon me the time and space to begin correspondence with the LA Phil’s 2018/19 Fluxus Festival Curator, Christopher Rountree, as well as Fluxus scholar Natilee Harren. Their feedback, in addition to my own research, led to the remounting of our Fluxus Fest 2020 as a five-week virtual festival—one which finds Fluxus surprisingly suited to confronting the challenges of our time.

So, some questions: What is Fluxus? And, why Fluxus? Why now?

Fluxus was an art collective and movement in the ’60s and ’70s whose artists took up the direct legacy of John Cage, Marcel Duchamp, and the Dadaists. In fact, some of the origins of Fluxus can be directly traced to John Cage’s 1958 Composition class at the New School in New York City—on the first day, Cage defined music simply as “events in sound-space”. Among the students in the classroom that day were Dick Higgins, Jackson Mac Low, George Brecht, Larry Poons, Allan Kaprow, and Al Hansen. Soon thereafter, Brecht began making what he called “Event Scores”, which, instead of musical notes, simply contained a list of printed instructions to realize a piece.

Some of the origins of Fluxus can be directly traced to John Cage’s 1958 Composition class at the New School in New York City.

By 1962, the students from Cage’s class were joined by George Maciunas (a Lithuanian-American who coined the term “Fluxus”), and variously included Nam June Paik, Alison Knowles, Yoko Ono, Wolf Vostell, Emmett Williams, Ben Patterson, Takako Saito, Henry Flynt, La Monte Young, Meiko Shiomi, and more—though “membership” in Fluxus was often contentious. Some claimed that Maciunas at one time or another kicked out all but two or three of them, while others say that he had no right to kick out anyone and never did.

The group was active in the USA, as well as Germany, Denmark, France, and Japan, and were an incredibly diverse collective for the time: Dr. Natilee Harren writes that “Participants included artists who were women, who were queer, who were African American, who were from East Asia, and yet these identities were treated with an uncommon fluidity and criticality for the time. An a-national, polyglot community, Fluxus artists were citizens of the world; they traversed a self-defined international network, and the spirit of generosity and exchange in their work countered Cold War paranoia and the retrenchment of national boundaries.”

Fluxus artists pushed the boundary of what art could be and who it was for.

Simultaneously irreverent and spiritual, Fluxus artists pushed the boundary of what art could be and who it was for. The format of the Event Score in particular is interesting because of the way it delegates collective authorship to the performers of a work—a concept familiar to classical musicians, but one uncommon in the visual or written art world, where most Fluxus artists originated. By using text instructions, however, Fluxus artists broadened the scope of the score beyond music to include actions, concrete or abstract, that could be performed in contexts far beyond the concert hall. Though some view Fluxus as an Anti-Art movement (and it certainly contained Anti-Art elements), for the most part Fluxus was about decentralizing and revolutionizing the way we think about art. Again, Natilee Harren: “Fluxus artists looked for value in the commonplace, believing that art can be anywhere and belong to anyone. Rather than eliminating art, they sought to dissolve its boundaries in order to infuse everyday life with heightened aesthetic awareness and appreciation.”

This brings us back to 2020. Spring rolls around, the world shelters-in-place, and life as we know it is over. How can Fluxus address this?

One of the most famous Fluxus pieces is Alison Knowles’ 1962 Proposition #2: “Make a Salad”. And that’s all there is to it. You just make a salad. I live in a 2-bedroom apartment with my brother, and though we don’t like much of the same foods, we both love salad. I spent a lot of time with him these last 7 months during the pandemic, and salad-making has become kind of a ritual that we perform several times per week. Proposition #2 begs the question: once you know that it exists, are you performing it every single time you make a salad? Thanks to Alison Knowles, I noticed this ritual with my brother, was able to pinpoint it as such, and now my salad-making has a certain kind of mindfulness that it wouldn’t have had otherwise.

Ben Patterson’s 1964 Instruction #2 reads: “Please Wash Your Face”. Fluxus asks, how different are these instructions from signs in public places asking you to “Wash Your Hands”, or to “Please Wear a Mask”?

Furthermore, to survive in the Time of Corona, many of us adopted new rituals and had to follow new instructions. Ben Patterson’s 1964 Instruction #2 reads: “Please Wash Your Face”. Fluxus asks, how different are these instructions from signs in public places asking you to “Wash Your Hands”, or to “Please Wear a Mask”? Are hand-washing diagrams not a kind of choreography, not a kind of graphic score? Fluxus reminds us that the daily events we do without thinking are performances, that any time we follow instructions, we are performing a score. Or, as said by Alison Knowles in a 2012 panel discussion: “My belief is that every person who gets up and goes into their day and does their work is coming from some unrecognized belief system that maybe they’ve picked up as a five-year-old, or they don’t look at it anymore. But to address that and work with it is powerful.”

In many ways, Fluxus is protest music, where the dissonance is always cognitive. Ben Vautier, for example, is known for his artistic practice of signing anything he could get his hands on, a statement on the hegemony of authorship in art not dissimilar to the practice of tagging by graffiti artists. Fluxus works have additionally retained their power today as political statements: for example, in the wake of the 2016 presidential election, a group of 10 women performed a variation of Yoko Ono’s “Cut Piece” in pantsuits in Madison Square Park while the Electoral College cast their votes. Natilee Harren writes: “Indeed, the best Fluxus and Fluxus-related work exposes how our lives are scored, orchestrated, or performatively designed for better or for worse, in both utopian and dystopian fashions.”

Fluxus is protest music, where the dissonance is always cognitive.

We put together a five-weekend series, featuring over 30 artists from around the country.

Finally, Fluxus’ power is in its ability to build community. The barrier to entry to perform a Fluxus piece is low (and the streaming technology widespread enough) that my team could reach out to my friends and colleagues across the country to perform Fluxus and Fluxus-inspired pieces from home, embracing the locations we are all in. We put together a five-weekend series, featuring over 30 artists from around the country, and I can’t be more thankful. I wrote my own Fluxus piece, Phone Call#2: “Catch up with a friend”, that I performed on October 10th as a statement of the power of this community and the power of Fluxus to create simultaneous mindfulness and disruption. In fact, Fluxus was an inspiration for the core mission of our company, Fifth Wall Performing Arts: to not just break the “fourth wall” by acknowledging the audience or the stage, but to break a newly-made-up “fifth wall” as well: acknowledging the artists themselves as human beings and not just characters or performers. When we perform Fluxus, we are performing as ourselves, bringing attention to our actions and their consequences. This opens up the traditional boundaries of performance as an artistic ritual, linking audiences with artists as people, vulnerable and in need of connection as we all are.

The week 4 video featured here begins with a clip from Hannah McLaughlin and Raquel Klein’s performance of Gift of Tongues by Emmett Williams (1962): “Sing meaningfully in a language made up on the spot”, performed simultaneously with Danielle Mumpower’s interpretation of Disappearing Music for Face by Mieko Shiomi (1966): “Change gradually from a smile to no-smile.” The clip then cuts to a portion of James Vitz-Wong’s original “I swear this is research” Piece: “Perform a recital while in virtual reality.” This was presented alongside Carlos Durán, Karl Ronneburg, and Grey Grant’s performance of Orchestra by Ken Friedman (1967): “Everyone plays different recordings of a well-known classical masterpiece. [We chose Richard Strauss’ Ein Heldenleben.] Each member of the orchestra starts and stops playing different sections of the recording at will.”–performed simultaneously with one repetition of Corey Smith’s performance of Bean Snow by Anne Tardos (1994): “Read the text slowly and deliberately, using a normal tone of voice. Bean snow. Bean snow beans. Bean snow beans about themselves. Bean snow themselves. Bean snow beans about themselves. Bean snow.”

I’ll leave you with a 1960’s vision of community and social distancing: Dick Higgins’s Danger Music Number Three: “Divide a large pack of incense among those present in a moderately large room. Ask each person to burn his or her [or their] incense, without flame, all together. Darkness throughout.” 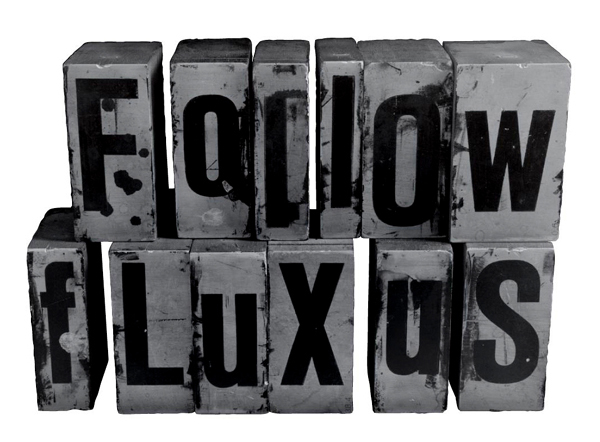 Karl Ronneburg is a composer, percussionist, and multimedia/performance artist based in New York City. Winner of the University of Michigan’s Brehm Prize for Composition and the Mannes College of Music’s Dean’s Award, Karl has worked with artists and companies including Radiolab, Meredith Monk, Sō Percussion, and New Music Detroit. He is a co-founder of Fifth Wall Performing arts and a teaching artist with the nonprofit Musicambia and Seattle’s Vivace! Chamber Players. He additionally works in Carnegie Hall’s Education Wing, facilitating events and performing with their LinkUp Orchestra. His work has... Read more »