Upon first listen to composer Oscar Bettison‘s music, most striking are the strangely disconcerting yet beguiling sound worlds that are created with relatively standard instrumental forces. For instance, in his seven-movement work O Death, composed for Ensemble Klang, scraped piano strings pair with soulful trombone melodies that eventually give way to violently pounding metallic percussion. Its concoction of musical references sound vaguely familiar, yet at the same time draw the ear into uncharted territory. It’s a sort of Alice in Wonderland listening experience—being caught off guard and suddenly wondering how and when one was transported down the rabbit hole.

A sonic adventurer, Bettison incorporates invented instruments into his music—he likes to call them “Cinderella instruments”—such as the “wrenchophone” or assemblages of found junk percussion. He also likes to experiment with combinations of unusual instruments like jaw harp, banjo, and recorder placed in ensembles alongside electric guitars, violins, and saxophones, not to mention conventional instruments that have been altered, retuned, or otherwise manipulated to extend their sound possibilities. In addition, one hears explicit references to musical genres beyond Western classical, such as the hints of Appalachian folk song and blues in the expansive evening-length work O Death, or the funk rhythms in B&E (With Aggravated Assault), recently released by Newspeak on their CD sweet light crude. The result of this multitude of influences is a diverse catalog of compositions evoking a wide-reaching musical world, from the filmy and delicate to the boisterous and aggressive.

This sort of multiplicity makes sense for someone who has moved around a lot. Born in Jersey, UK, to a Spanish mother and English father, Bettison began studying violin in London at age ten, and he says that composition took over his attention fairly quickly. After completing a master’s degree in music composition he spent three years in The Netherlands studying with Martijn Padding and Louis Andriessen, and then finished a PhD at Princeton. He has remained in the U.S., and currently serves on the composition faculty at the Peabody Institute of The Johns Hopkins University.

Bettison cites his years in Amsterdam as a pivotal time during which he began to discover his unique musical voice. “[Martijn] said, ‘You should always write the piece that you have absolutely no solution for at the beginning…. You need to make mistakes, and if you’re going to make mistakes you need to go down in flames. Don’t just screw up a little bit—really make it terrible. Have the guts to write a really bad piece!’ That piece of advice stuck with me…and it really freed me up to try out all these different things.”

In fact, searching for new sounds and the new expressive capabilities inherent within traditional instruments has become a primary force in Bettison’s work. He has a particular penchant for metallic sonorities, and a fascination with machines (especially in bringing out their potential humanistic qualities), which explains the often propulsive rhythmic force of the music. Actively collaborating with ensembles that he is writing for is also a mainstay of his compositional process. “There’s something so nice about working in close collaboration with musicians and getting their input, and sometimes they make some fantastic suggestions. These collaborations…really hopefully result in better music than would have been written otherwise.”

This experiential working style is another example of the hands-on approach Bettison brings to the process of composing. A learn-by-doing attitude combined with wide-open ears and solid compositional technique keeps the music coming, and the ideas fresh. Ultimately the occasional cognitive dissonance created by the rub of sound on sound and style on style is serving a purpose, rather than standing as an end in and of itself. Themes including death and transcendence, survival of the fittest, and the mental disturbances intrinsic to city living are a few of the narratives that inspire his inventive musical logic. It is music that not only peels away the layers surrounding the topics and gets to the core of the matter, but that can also reframe your view of multiple aural landscapes if you let it. 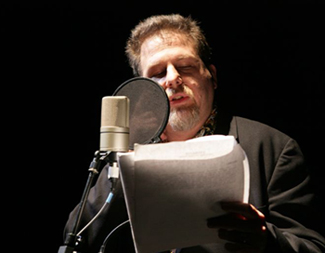