SEMMELWEIS, a music-theater work I created with my writer collaborator Matthew Doherty, premiered in a fully-staged production in Budapest in 2018. The work centers upon the story of Ignaz Semmelweis, the 19th-century Hungarian physician being talked about a lot these days as the pioneer of hand washing and antiseptic procedures in preventing the spread of deadly infection. Until May 31, 2020, the complete work is streaming for free online.

Until twelve years ago, I had never heard of Ignaz Semmelweis.  One day, I read a passing mention of him in a book about innovators, with a very brief summary of his significance: Working on the front lines of a devastating epidemic, and watching midwives’ practices closely, he came to believe that the deadly disease was being spread to healthy mothers on the unclean hands of their doctors. Having tried as hard as might to tell the world, he was ignored, even scorned, and died alone in an asylum, ironically of the very condition he’d found the simple solution for. Though medical personnel learn the basics of his legacy in their training, Ignaz Semmelweis remained an obscure figure to most, until around March 2020.

Today, in the throes of the COVID-19 pandemic, we can scarcely imagine how clean hands could not even merit consideration as a potential solution.

Today, in the throes of the COVID-19 pandemic, we can scarcely imagine how, back in the midst of a horrendous and baffling 19th-century pandemic of childbed fever, which killed as many as one in three new mothers, something so simple—clean hands—could be have been so foreign as to not even merit consideration as a potential solution. It was not even worth trying, as far as the medical establishment of the 1840s seemed to be concerned. Remember that these were dedicated and brilliant people who seemed ready to try anything in their desperate hunt for the cure, people who had worked their utmost all their lives to be able to save lives. But the hypothesis of this one Hungarian doctor working then at Vienna’s top hospital, that there was something deadly on the doctors’ own hands, was too far-fetched for them?!  How could this be?

What struck me about the story is its demonstration of our incredible human capacity for denial. Doctors were being introduced to a truth that could simply not be tolerated: that their patients, new mothers and their babies, had all along been dying because of something transmitted via their own “healer’s” hands, that the harder they had worked to try to solve the problem—cycling between performing autopsies in the morgue and examining mothers in the obstetrics ward—the more death they were causing. The longer it took doctors to accept the truth, the more deaths they caused.

One can surely empathize with the intensity of their mind’s desire to have this not be true. For many physicians, when they ultimately could no longer deny this sickening truth, the psychological impact was devastating; suicides occurred. Sheer self-preservation in the short term was a powerful force in holding open this gaping blind spot, until it could finally be denied no longer. But this took decades, the changing of a generation, and mountains of more evidence, including the landmark germ theory of disease finally put forth in the 1880s.  Emotion held sway over logic for decades, even with the world’s top medical minds, with countless deaths resulting.

Our human history is filled with such examples of stubborn blind spots.  In our own time we have seen issues like the climate crisis, racial and socioeconomic injustices, and LGBT rights take decades and generational turnover to uncover our eyes. As hard as it is to even accept the unpleasant reality that the environment we will leave our children is badly deteriorated and getting worse, that their lives will be less abundant, safe, healthy, and peaceful than ours have been, harder still is it to face up to the likelihood of our own collective and individual culpability, to recognize how indulgent we’ve been, how much we will have to relinquish of our treasured status quo, in order to stand even a chance of reversing it.

Facing such massive anxiety-inducing possibilities, the mind desperately looks for any glimmer of hope that this may not be true. And one self-soothing response is to act as though it weren’t true, continuing our status-quo behaviors, even leaning into them, for the short-term psychological self-preservation that a fantasy-reality might provide. Sadly, of course, this worsens the problem, just as it did for the doctors of Semmelweis’s time. The attitude of the time was that a good doctor’s smock should be so filthy it can stand on its own when removed, as a sign of how much he (doctors were all male at that time) worked.  Soiled and foul-smelling hands were a point of pride, a mark of toughness and selfless dedication. These norms were very hard to break, just as we continue to be terrible as a society at recycling, avoiding disposables, and energy conservation; just as even the most progressive among us unwittingly harbor unfair biases.

The Semmelweis story also speaks to our response to others’ denial. We can choose empathy, for we are all equally capable of living in denial. Semmelweis, in his desperation, could not muster much empathy, and instead denounced non-believers harshly. He was shunned as a raving lunatic. Denial had something to sustain itself, an imperfect prophet of the truth, and a foreigner no less. Thankfully dismissible! Could diplomacy and patience have changed minds sooner and saved lives?

We are surely all living in denial, right this very moment, of some new dreadful blind spot that will appall future generations.

We are surely all living in denial, right this very moment, of some new dreadful blind spot that will appall future generations. We are the next generation’s clueless, biased dinosaurs. By its very nature, a blind spot is something that goes unnoticed. But someone will notice it, at some point. How will we treat them? Who will be the first to believe them? Who won’t accept it, and why not? How will we deal with them? And if that someone is our own self, is there any hope for us, or will we go down in history as villainous, the problem rather than the solution?

As artists, we consciously and unconsciously process the often intangible or hard-to-articulate emotional lines of the things we experience and learn about, and it’s this that’s so important about art, because human beings and our society are complicated. Emotions matter in all human affairs, usually a lot more than we’d like to think, and can be the hardest part of all for us to understand. Fear, hubris, misunderstandings, mistrust, inertia, guilt, chauvinism, political loyalties, memory, and fear are all working on us all the time, threatening to get the better of our relationships and efforts. Art explores the intangible realms of emotion, and in shining light there, perhaps helps us recognize them and their effects on our thoughts and actions.

Art explores the intangible realms of emotion, and in shining light there, perhaps helps us recognize them and their effects on our thoughts and actions.

One thing this pandemic is making so clear to us is how deeply our fates are intertwined. Our front-line health workers, the sick, our economy, and society, are all facing huge uncertainty every day. The answer may be out there in someone’s head, and it may not be the person we imagine. Will we listen to them? 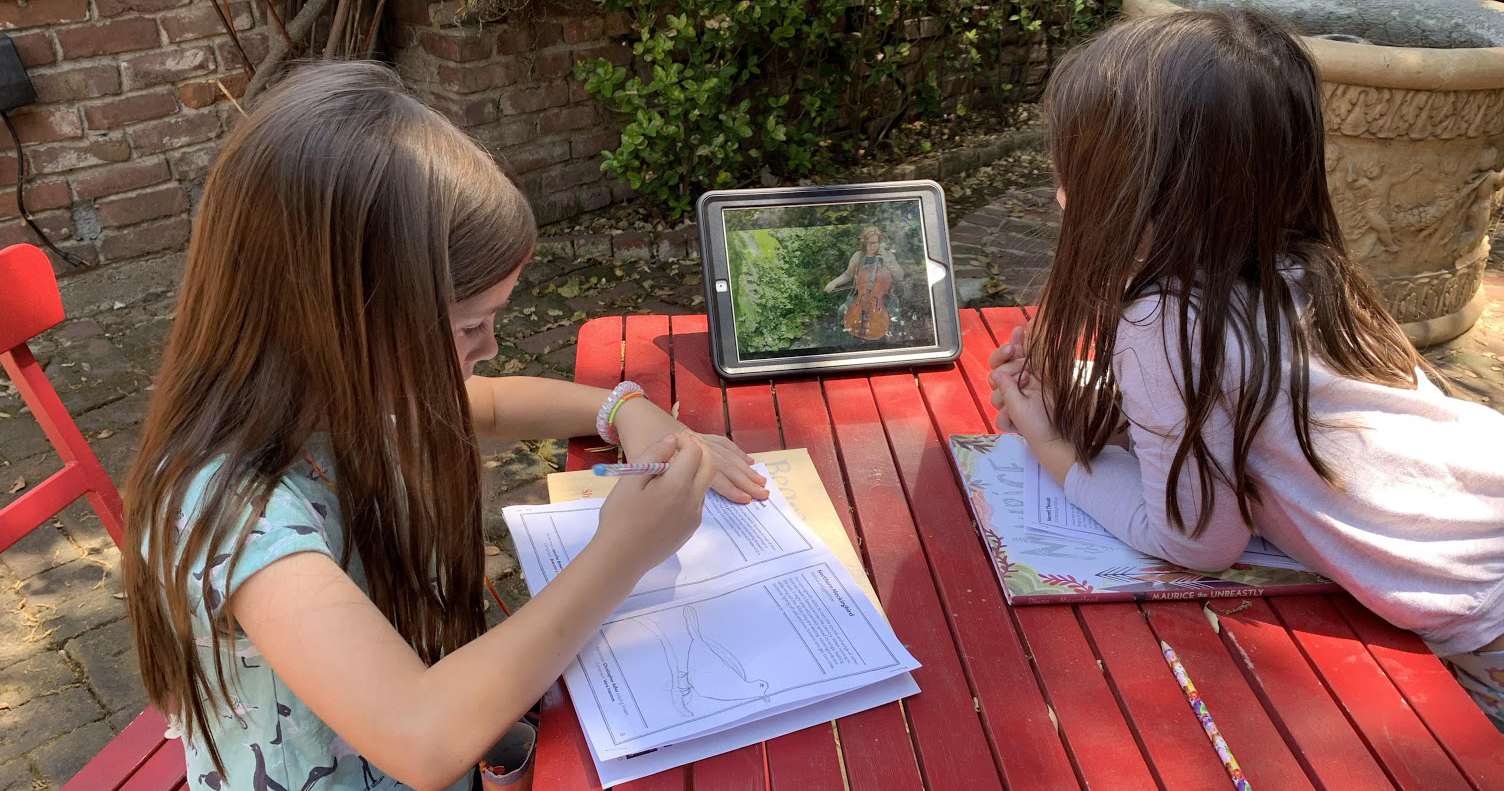 by Jennifer Bewerse and Cassia Streb 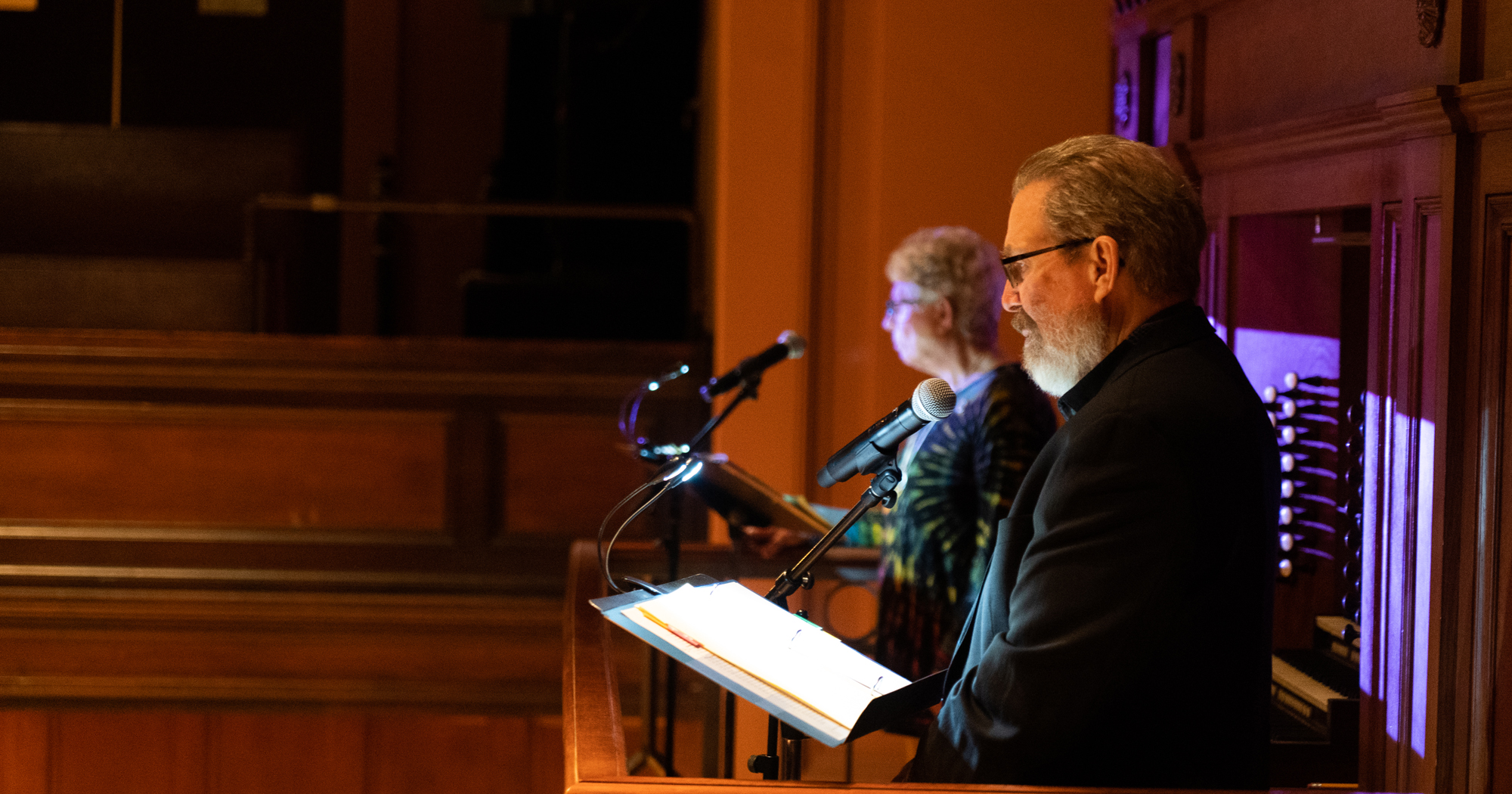