Imagine you have a master’s degree in music performance from a long time ago and, alongside many exciting musical adventures since, you’ve taught at the college level for eight years (adjunct with full-time hours—you know the drill, you absolutely adore teaching and the students but the money is miserable). Looking at this situation, you … decide to quit teaching and go back to school across the country for a master’s degree in music composition!

It’s hard to imagine, right? You’d have to be completely bonkers to make that kind of a decision.

“I could never go back to school after teaching,” said many wonderful professors who used to be my colleagues. 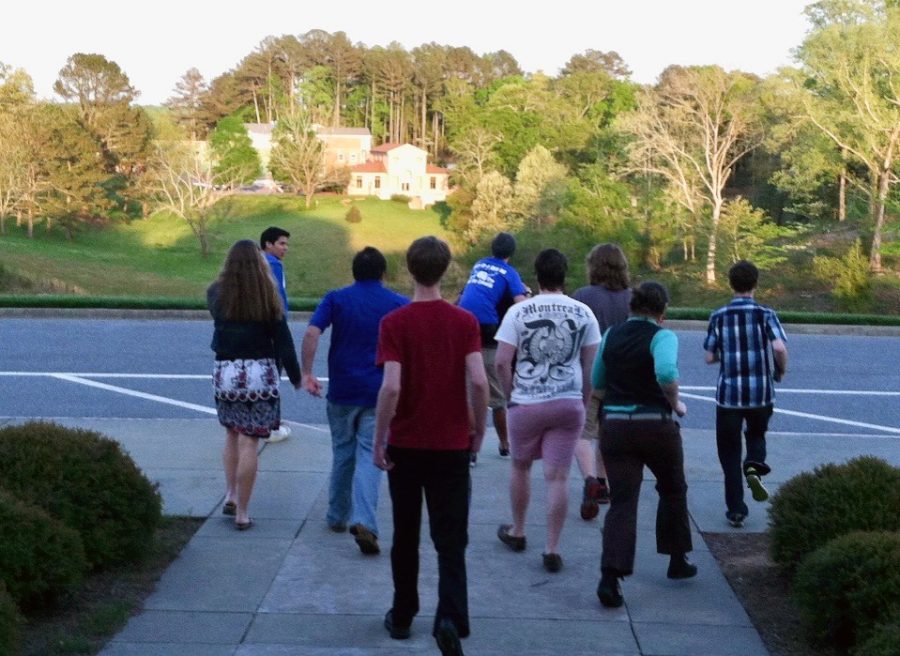 I started writing music when I was 30, and by the age of 36, my composing career was soaring. I loved writing music just as much as I loved performing and teaching. I knew I would never be bumped up to full-time at my university, and even after eight years, my pay couldn’t go up because I only had a master’s degree. Despite working as a freelance percussionist, curating concerts, writing music, and teaching, I still was hardly making enough money to get by. I was wonderfully happy in the Atlanta music scene and had established amazing friendships there, especially with the members of my chamber rock band. I had developed a life there, but it was time to leave. I was ready to take a step down in order to take a step up. I had to do something to make a better and brighter future for myself. The goal was to earn a master’s in composition to get my skills up to par, and then continue on to a DMA in composition so I would have The Piece of Paper that would allow me to teach at a college again—at a higher salary level. It’s a completely risky endeavor with no guarantees, but it’s the choice I made. And I’m happy I did. I now hold a master’s degree in composition and will be starting a DMA in composition at the University of Miami next month. I’m looking forward to the journey, no matter where it takes me.

First, though, allow me to back up two years. There I was, beginning my first semester as a new student, living in the graduate dorms with roommates—two 21-year-old German exchange students, who were hilarious and noisy and wild. Right away I embraced everything about student life, and that part of college made me very happy. My classmates became my dear friends, even though most of my new friends were the age of the students I used to teach. I learned all the cool millennial slang words. I had FUN. I took free bus rides to Brewers games, ate tons of free pizza, played in percussion ensemble and band, taught part of an online music theory class, fixed bongos and organized the percussion studio, took classes in theory and analysis and writing, studied with two different composition faculty members, heard the University Band play one of my pieces, and wrote a ton of music—including my first piece with electronics in it. I was much more focused in my classes than I was during my first master’s degree; I wanted to soak up all the new knowledge and experience that I could. I remembered what it was like to be completely bored in class, and how invigorating it was to be in the classroom with an enthusiastic teacher who made the subject matter come alive. 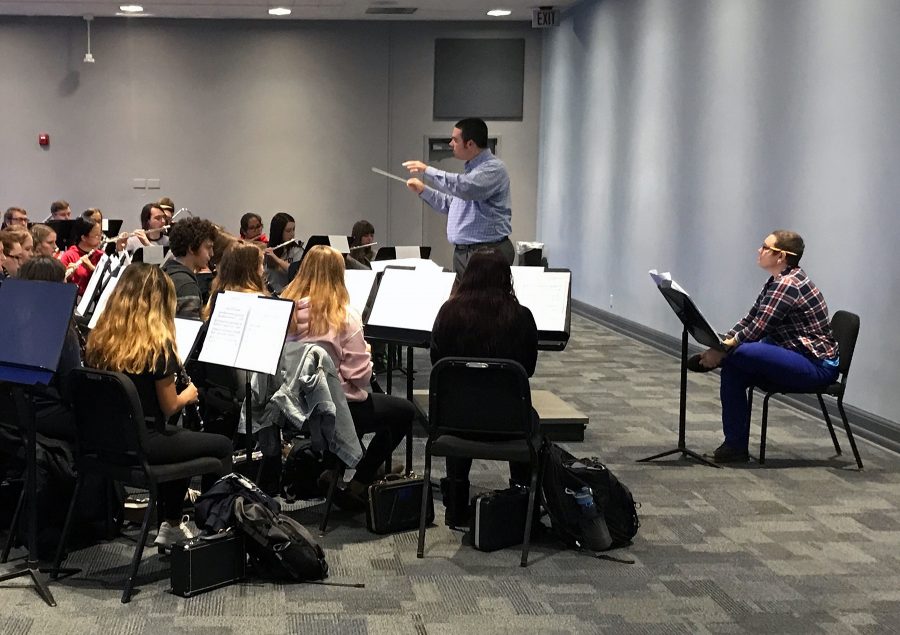 UWM Band Rehearses …and then the Universe exploded

I juggled a professional composing career on top of everything. My assistantship was split in half; I was both a theory TA and the percussion TA. The percussion majors were kind to me from the very first day. They brought me right into the fold and never treated me like I was “old.” Everybody thought I was in my twenties, until I told them otherwise. They were fun, talented people, and playing music with them was a joy. The performance majors in general were absolutely delightful and played my music with enthusiasm. Some of these folks will be lifelong friends and musical collaborators.

So that’s some of the FUN STUFF, but here’s the kicker. The transition from professor to student, from mostly-performer to mostly-composer, from professional in my field to student in my field (while remaining a professional) was difficult and awkward that whole first year, and especially the first semester. Five months prior, my music professors would have been my colleagues. But once I started school, I would rarely be treated like a colleague again. A few of my professors took the time to talk with me early on, and learned about my background and treated me with respect, just as I treated them, and we have great relationships. I’m so thankful for them! But most professors saw that I played in band and assumed I was a new graduate percussion major. There was a lot of assuming.

My friends and mentors were lifesavers to me during this time. A few friends from Atlanta, who were passing through town at different times, came to visit me. I was recharging myself in Chicago once a month, taking composition lessons with one of my dearest friends and favorite composers. I brought him all the music I was writing professionally, outside of school. His joyful spirit and the fact that he loved my music really lifted me up. He introduced me to one of his composition students, who saved my sanity and became a very close friend. I wouldn’t have made it through that first year without the both of them.

I was accustomed to being loved, to being known and knowing others, in my old life. There was so much mutual admiration in the Atlanta music scene. I really tried to be graceful about existing in Milwaukee, a brand new space where most people didn’t know or care about my previous 15 years as a professional musician. “They’ll figure out I’m a pro percussionist by listening to me play,” I thought. “They’ll figure out I’m a legitimate composer once they hear my music.” Still, I confess that there were days when I wanted to wear a bright green t-shirt with flashing Christmas lights on it that said in red lettering I’M 37 AND I TAUGHT COLLEGE FOR EIGHT YEARS AND WAS CO-FOUNDER AND CO-DIRECTOR OF TWO CONTEMPORARY MUSIC FESTIVALS AMONG MANY OTHER ACCOMPLISHMENTS on the front and GO TO MY (SWEAR WORD) WEBSITE AND YOU’LL SEE MY MUSIC IS PERFORMED REGULARLY ALL OVER THE COUNTRY SO STOP TREATING ME LIKE I’M AN INEXPERIENCED 22 YEAR OLD on the back, but I didn’t. I felt incredibly childish about my inner reaction. I wanted to be cool about it, on the inside and the outside. Well-meaning friends said things to me like, “Your identity is no different. You’re just in a new environment.” Easy to say when you’re living in the same environment you’ve lived in for a decade or more. The truth is, the only other time I’ve had an identity shift that intense was when I got divorced. It was hard, and weird, and very isolating.

Yet there were so many good parts to the weirdness. After performing with only professionals for ages, I got to play in a college percussion ensemble again, which was wonderful fun and so much easier than directing a college percussion ensemble! All I had to do was learn my music and show up to rehearsal to play. In rehearsals, I learned to disengage (as best I could) from Teacher Mode. I instead just sat back and enjoyed playing music with my classmates. Since I knew I’d most likely only be in the city for two years, I chose not to get my feet wet in the Milwaukee music scene outside of school, but I met some area musicians who became friends. I desperately missed playing music with proper professionals, and that was difficult. I felt isolated from the performance faculty; I felt like they were my colleagues, but not many of them felt the same way. I learned to accept that I’d be playing less because I was composing more, and that I would probably lose some of my chops. I developed some extra long-term patience, figuring out that these two major transitions: professor to student, performer-composer to composer-performer, would take time. Thankfully I had another year of grad school ahead!

Olivia Kieffer is a composer, percussionist, and educator from the United States. A native of Wisconsin, her music has been described as “immediately attractive”, “like a knife of light”, and “honest, to the point, and joyful!” She is most well known for her music for concert band, saxophone, and toy piano; and for her time as bandleader, composer, and drummer for the 7-piece chamber rock band Clibber Jones Ensemble. 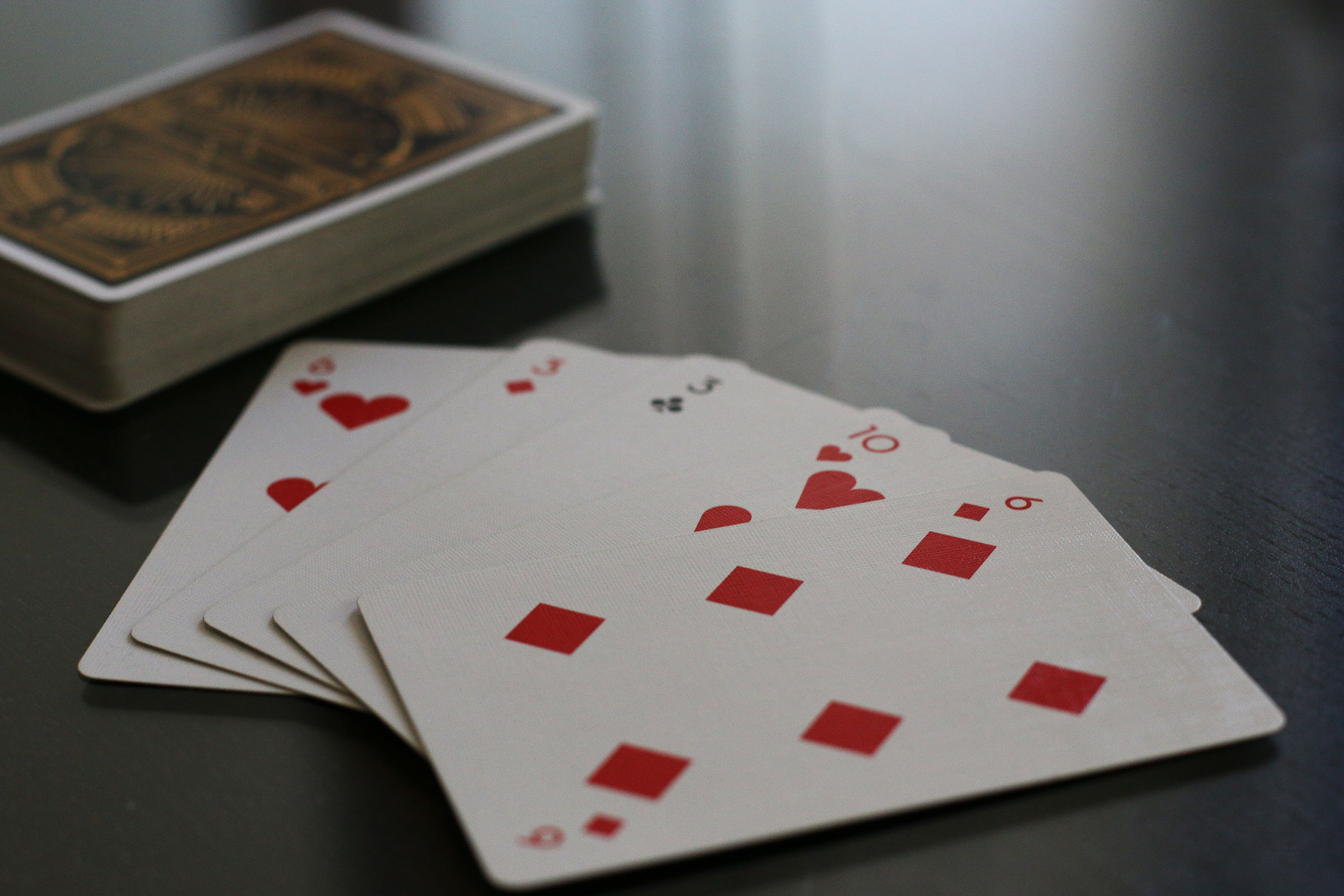