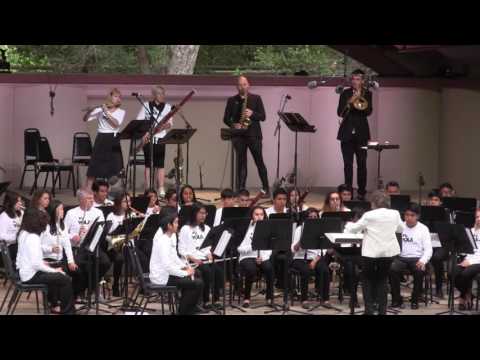 END_OF_DOCUMENT_TOKEN_TO_BE_REPLACED

Now entering its 50th season, Arkansas Symphony Orchestra serves a community that expresses surprise, delight, and a tendency to expect the unexpected in ASO performances, education programs and outreach services. ASO serves over 165,000 Arkansans annually while continually striving to broaden and diversify its audience. Currently ASO provides the opportunity for all children to attend main-stage performances free of charge, making live symphonic music an affordable option for families. Maintaining low ticket prices is a priority for ASO, as is partnering with local organizations to ensure that diverse audiences have access to the music ASO performs. The 2016-2017 season is an exciting and unique time for ASO as its home concert hall, Robinson Center, will reopen in November of 2016 after a 2.5 year, $68 million renovation.

As ASO works to continue increasing and diversifying audiences, every ASO concert season includes programming that features modern work. Philip Mann, Music Director, has been the driving force behind creating and continually improving ASO’s Composer of the Year program. Each year Mann selects a living composer and programs that composer’s work on one or more concerts throughout the season, often including the commission of a new piece. ASO’s Composer of the Year then spends time in residency with the orchestra and the local community. By prioritizing performing new music and bringing living composers to Arkansas for performances and educational residencies, ASO connects audiences to music in intimate and engaging ways that create a lasting love for the art form. Living composers that ASO has worked with recently include Stephanie Berg, 2016-2017; Dan Visconti, 2016; DJ Sparr, 2016; John Corigliano, 2015; Christopher Theofanidis, 2014; Jennifer Higdon, 2013; Michael Torke, 2012; Daniel Bernard Roumain, 2011.

The current ASO Composer of the Year is Stephanie Berg. To show gratitude to the community and to celebrate serving Arkansans for the next 50 years, ASO is performing a free concert for the public in the newly renovated Robinson Center on November 30, 2016. During this free concert will be the world premiere of a piece by Berg, commissioned by ASO, that features 100 string players from the Arkansas Symphony Youth Ensembles performing alongside the full orchestra. This piece showcases ASO’s commitment to new music and living composers while highlighting ASO’s work to build the next generation of artists by providing unique, powerful experiences to young people. In October ASO will perform Berg’s Ravish & Mayhem, and in March ASO musicians will perform another premier of Berg’s: a trio for oboe, horn and piano, commissioned by an ASO Board Member in honor of ASO musicians. Berg will be in residence three times this season to work with students, the community, the ASO Youth Ensembles, and the orchestra.

Past work with living composers and new music:

Dan Visconti was ASO’s Composer of the Year during the 2015-2016 season. The orchestra performed Visconti’s original piece Black Bend, which “recreates the sound of an overdriven, improvising rock band with the sonic possibilities of the acoustic orchestra.” Black Bend was programmed on an ASO Masterworks concert during which audiences where challenged and immensely entertained. During a six day residency, Visconti worked with composition students at local high schools, presented arts and science integration workshops to students, met with community members for a brown bag lunch to discuss composition and his work, and presented a lecture entitled “Updating the Role of the Classical Composer for the 21st Century” at the Clinton School for Public Service. Visconti engaged deeply with the community, musicians, staff, and Music Director during his short visit to Central Arkansas. Visconti expressed a desire to work with ASO and the community again in the future, and we would be delighted to have him return for more in-depth work.

DJ Sparr composed a unique work for ASO in 2016, entitled Concerto for Jazz Guitar and Orchestra: Katrina. The piece was performed during a Masterworks concert featuring Ted Ludwig, an ASO musician and Hurricane Katrina refugee, as the jazz electric guitar soloist. Katrina is a flood story inspired by Ludwig’s flight from New Orleans. Sparr spent four days in residency in Central Arkansas leading workshops for students and interactive forums with community members. Through Katrina and through Sparr’s residency, Arkansans had the opportunity to connect with their own musicians, new music, and a living composer in engaging ways, further strengthening ties to symphonic music.

In April of 2014 ASO musicians performed the world premiere of Petit Jean and the Wind, an original work by Christopher Theofanidis. The piece was commissioned by the ASO musicians in honor of the Board of Directors. In 2009, the Board, musicians, and management worked together to create a financial plan to sustain the organization after an economic downturn affected industries nation-wide. The Board increased their donations to ASO and worked to secure new gifts from individuals. Musicians and management took pay cuts and eliminated positions. In appreciation for the musicians’ belief in the importance of the ASO for the community, and for their willingness to help during the economic downturn, the Board voted to say thank you by making an extra donation to the musicians. Nearly $15,000 was collected. Upon receiving these funds, the musicians, in a united effort, voted to use this gift to create art, a living tribute to the spirit of Arkansas and the ASO, and to dedicate it to the Board of Directors. As part of his work on the composition, Theofanidis visited Little Rock for two one-week residencies to experience the city and the ASO audience. The orchestra has performed Petit Jean and the Wind for thousands of Arkansans, and the piece holds incredible significance for ASO and the people of Arkansas.

ASO’s work with living composers and its recent commissioning of new works from Stephanie Berg, DJ Sparr and Christopher Theofanidis show the support of a living, breathing art form and a commitment to symphonic music for generations to come. The Arkansas Democrat-Gazette has recently reviewed ASO performances as “excellent,” “superb,” and “spectacular.” Continuing to build the artistic quality of the orchestra is a strategic imperative for ASO during the upcoming years, and working with composers and new music is a strategy ASO will be using to achieve this goal. With such great recent success arranging and implementing meaningful residencies, ASO plans to continue its work with new music and living composers annually so that audiences continue to experience surprise and delight while expecting the unexpected.

ASO will continue to provide Arkansans the opportunity to connect with music and composers in engaging ways by meeting community members where they are with in-depth musical experiences. Current partnerships in the Central Arkansas community such as Boys and Girls Clubs, the Hillary Rodham Clinton Children’s Library & Learning Center, Central High School, the Arkansas School for the Blind, the Arkansas School for the Deaf, e-Stem Charter School, local shelters and treatment centers, nursing homes, and numerous elementary schools affiliated with ASO’s new Sturgis Music Academy all provide meaningful connections to community members that visiting composers can serve. ASO will continue creating opportunities for young artists, especially composers, to have access to living composers and their expertise. ASO is committed to serving the community through all performances and programs, and strives for the community to be deeply involved in experiencing and creating music.

This recording is of ASO performing the second suite of The Firebird on January 30, 2016. In this selection, with the help of a magical firebird, the hero, Prince Ivan, rescues a group of spellbound princesses from the clutches of an evil magician, Kastchei.

Black Bend (2005), Dan Visconti.
The ASO performs Black Bend on January 31, 2016. The piece takes its inspiration from an old ghost story about a train derailment and a supposedly haunted stretch of Ohio’s Cuyahoga River, where the eerie moans of deceased passengers are said to echo through the drone of insects and oppressive heat.

Storm Windows, Dan Visconti. Including an orchestra and narrator, Storm Windows was performed by ASO on November 11, 2015. This is the recording of that performance.