Fathom is a series of music/video pieces by Ben Neill and Mimi Goese based on real-time environmental data taken from the Hudson River. 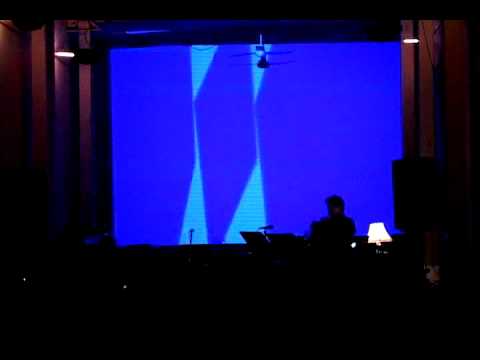 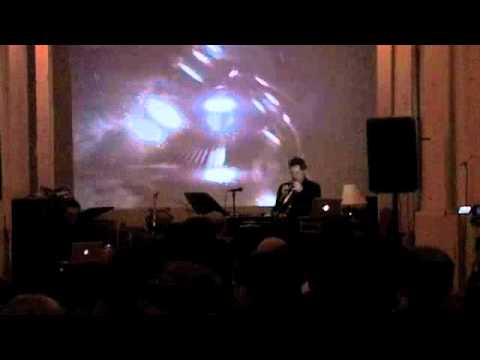 Composer/performer Ben Neill is the inventor of the mutantrumpet, a hybrid electro-acoustic instrument, and is widely recognized as a musical innovator through his recordings, performances and installations. Neill’s music blends influences from electronic, jazz, and minimalist music, blurring the lines between digital media and acoustic instrument performance.

Neill began developing the mutantrumpet in the early 1980s. Initially an acoustic instrument (a combination of 3 trumpets and a trombone combined into one), he collaborated with synthesizer Robert Moog to integrate electronics. In 1992, while in residency at the STEIM research and development lab for new instruments in Amsterdam, Neill made the mutantrumpet fully computer interactive. In 2008 he created a new version of his instrument at STEIM, and returned there in 2016-17 to design yet another model which will make its debut in 2019.

Other current projects include a collaboration with vocalist/composer Mimi Goese that explores the musical and poetic qualities of mathematics and science through collaborations with chaos mathematician Ralph Abraham and the Beacon Institute for Rivers and Estuaries. The new songs combine the interplay of Goese’s captivating vocals and the electroacoustic explorations of Neill’s self-designed mutantrumpet with sounds created from fractal mathematics and Hudson River environmental data.

Neill is also active as a sound and installation artist, exhibiting in museums and galleries including Sandra Gering Gallery, Exit Art, and Paula Cooper Gallery. ITSOFOMO has been presented widely in venues including The Tate Modern London, The Armand Hammer Museum in Los Angeles, The New Museum, PPOW Gallery, and the PBS documentary Imagining America.

A native of North Carolina, Neill holds a Doctorate of Musical Arts degree from Manhattan School of Music. He studied composition with La Monte Young and was also mentored by composer/performer Jon Hassell in the early 1980’s. Since 2008 he has been a music professor at Ramapo College of New Jersey.

Posthorn is a live performance piece by Ben Neill for his self-designed mutantrumpet/ interactive computer system with interactive video by Bill Jones. The work is titled after and based on the “Posthorn solo”, a section of the third movement of Gustav Mahler’s Symphony No. 3, originally composed in 1898.

Dis-Solution 2 was the first interactive computer piece Neill created over 20 years ago. Originally scored for mutantrumpet and live percussion, this is a new arrangement for sampled percussion. Each of the three bells of the mutantrumpet is assigned a group of 4 pitches. Different electronic timbral enhancements are assigned to each, as well as percussion in this new version. The interactive video was created by Bill Jones, performance at Issue Project Room.

The Other Side of Midnight

The Other Side of Midnight is taken from Neill’s 2016 album Horizonal, released on Audiokult Recordings, Vienna.