New interactions with a familiar friend.

Created By: Elizabeth A. Baker

END_OF_DOCUMENT_TOKEN_TO_BE_REPLACED 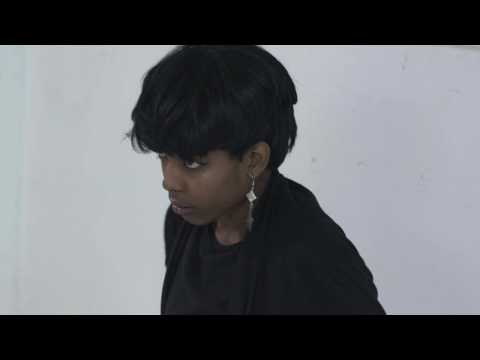 END_OF_DOCUMENT_TOKEN_TO_BE_REPLACED

Celebrated for her “terrifying dynamic range,” cleanliness of sound, as well as unique sensitivity and ability to sculpt her performance for the acoustics of a space, Elizabeth A. Baker is a dramatic performer with an honest, near psychic connection to music, which resounds with audiences of all ages and musical backgrounds. As a creator, her understanding of sonic space from organic intuition and studies in music production, pair with a unique eclectic voice, making for a spatial and auditory experience of music. Eschewing the collection of traditional titles that describe single elements of her body of work, Elizabeth refers to herself as a “New Renaissance Artist” that embraces a constant stream of change and rebirth in practice, which expands into a variety of media, chiefly an exploration of how sonic and spatial worlds can be manipulated to personify a variety of philosophies and principles both tangible as well as intangible.

Elizabeth has received considerable recognition from press as well as scholars,  for her innovative conceptual compositions and commitment to inclusive programming. In addition to studies of her work, Elizabeth has been awarded several fellowships, grants, and residencies to further her artistic endeavours. An active advocate for the arts she founded The New Music Conflagration, Inc., a Florida-based nonprofit dedicated to furthering the work of contemporary musicians and composers; in addition in 2016 she established the Florida International Toy Piano Festival, to create a platform for serious toy piano concert works. As a solo artist, Elizabeth is represented by Aerocade Music, her first solo album on the California-based label Quadrivium released worldwide in May 2018 to rave reviews. She is the author of the world’s first comprehensive toy piano method book as well as a mixed media book about the experiences of being a young artist in the modern world. Elizabeth is an official Schoenhut Toy Piano Artist, and endorsed by Source Audio LLC due to her extensive work with interactive electronics that mould movement works into sonic compositions. As an experimental filmmaker, her work has been shown at festivals including Women of the Lens (United Kingdom), and the African Smartphone International Film Festival (Nigeria). In March 2018, Elizabeth retired from nonprofit arts administration to focus on her international solo career, though she remains committed to the community through workshops and public speaking engagements. Elizabeth is a recipient of a 2019-2020 Individual Artist Grant from the State of Florida as well as a commission for The Great Black Music Ensemble through the American Composers Forum (ACF) Connect programme in partnership with The Association for the Advancement of Creative Musicians (AACM Chicago). Fanfare Magazine proclaimed in Fall 2019 “Perhaps Baker will be the Pauline Oliveros of her generation, and perhaps she will be more than that.”

FIELD STUDIES are a series of works that seek to create collaborative improvisational performances with various landscapes and are all shot in one take on an iPhone with minimal editing.

The Furies play Elizabeth A. Baker’s Cure for Hysteria

Elizabeth A. Baker at Mutual Irradiation at Moore College of Art & Design

As a black woman who composes and performs, Elizabeth A. Baker opens up about fighting for a place in an industry that too often equates successful “diversity initiatives” with the...