The Future is Bright: for soloist, film, and percussion ensemble

Composer Elliot Cole's newest creation for soloist Peter Ferry with student ensembles around the U.S. in the 2017-18 season 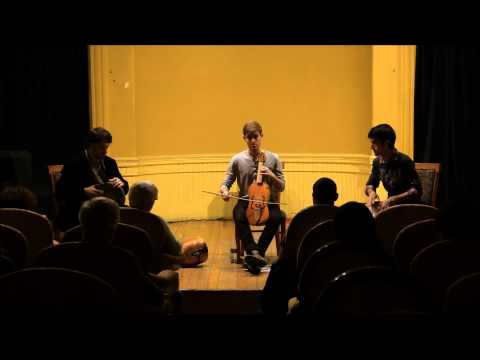 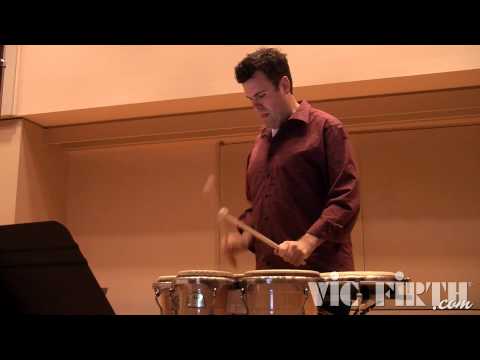 END_OF_DOCUMENT_TOKEN_TO_BE_REPLACED

His work is particularly embraced by percussionists.  His best known is Postludes, a book of bowed vibraphone quartets which evoke “sparkling icicles of sound” (Rolling Stone).  It is rapidly becoming a new classic of percussion repertoire.  Since 2012 it has been performed by over 200 ensembles on five continents.  In 2017-18 he traveled for residencies at ten US universities presenting The Future is Bright, a new a concerto for soloist Peter Ferry with film by Jodie Mack.  Another recent work, Roda for the berimbau ensemble Arcomusical, received a grant from Chamber Music America, and will premiere in a concerto form with Arizona State University orchestra in 2019.

Singing is central to Cole’s musical life.  As a choral singer, he trained with Gabriel Crouch in the Princeton Chamber Choir, focusing on the music of the English Renaissance.  He has also been a member of a Georgian choir, and currently leads a mensural notation study group devoted to singing 15th century music from facsimile.  Roots in song and story imbue his music: many efforts in songwriting and hip hop led to a personal style inspired by traditional epic song, his chief work of which is Hanuman’s Leap, a bardic epic for voices and drums.  He has performed it in 25 cities, including two sold-out shows at the Park Avenue Armory in New York with Grammy-winning vocal ensemble Roomful of Teeth.

Exploring creativity with computers is another core part of his practice.   A computer programmer from a young age, his experiments in composing through code led to an invitation by Google Talks to give a lecture concert for their employees.  His immersive music VR project Movements was selected for incubation by Kaleidoscope VR’s DevLab and First Look events, which brought him to pitch at Facebook in 2016.  He was also the subject of an Intel commercial for his VR scoring work.

As a member of the 10-year old collaboration called Oracle Hysterical, Cole has co-written over a dozen major works.  Part band, part book club, OH turn great literature into genre-bending music.  The group has created hip-operas, art-rock song cycles, rap cantatas, and other works for ensembles including A Far Cry (The Sea), Metropolis Ensemble (The Rake and Cleopatra), Chicago Composers Orchestra (Hecuba), New Vintage Baroque (Passionate Pilgrim and Grimms’ Fairy Tales) and the Lucerne Festival Academy (Billy Budd), as well as producing a concert of Stockhausen interventions, tours of living rooms in Texas, and three hip hop albums.  They were Finalists in the Concert Artist Guild competition in 2017, and their albums are released on National Sawdust Tracks.

Cole is also a devoted teacher.  He is currently a part-time faculty member at Mannes College at the New School, and Juilliard Evening Division.  He is also committed to music education outside academia.  He is a founding teacher of Musicambia, a non-profit organization that teaches music in prisons.  Since 2016 he has served as Program Director for their program at Sing Sing Correctional Facility, where he designs curriculum, manages a staff of teachers, and leads sessions for a small conservatory-style program.

He is a graduate of Rice University and is a doctoral candidate at Princeton, where he studied with Paul Lanksy, Dmitri Tymoczko, Dan Trueman and Steve Mackey.

NewMusicBox October 18 2017 | By Elliot Cole
Questions I Ask Myself

At the last New Music Gathering, Elliot Cole shared a list of questions that he’s been wrestling with—questions about culture and career choices, about what his music can offer others...