Theodore Wiprud joins the South Dakota Symphony Orchestra as composer-in-residence through the 2018-2019 season.

Posted on November 6, 2018 by South Dakota Symphony Orchestra
Like this? Login or register to make a playlist of your favorites pieces.

It’s been an exciting 6 months with Ted Wiprud as our Composer-In-Residence! Watch our update video to check out what we have been up to.

Posted on May 25, 2018 by South Dakota Symphony Orchestra

Renowned composer and educator Theodore Wiprud is joining the South Dakota Symphony Orchestra (SDSO) for a Music Alive composer-in-residency that extends through June 2019.

The composer-orchestra pairing is one of only five across the nation to participate in Music Alive, a national residency program of the League of American Orchestras and New Music USA.

Maestro Delta David Gier, the SDSO’s music director, said Wiprud has traveled to South Dakota twice for performances of his works, and the SDSO is privileged and excited to welcome him into the family.

“Ted Wiprud is a major coup for the SDSO,” Gier said. “He is a composer of national and international standing, with experience writing for many different kinds of ensembles, incorporating diverse musical styles from all over the world.” 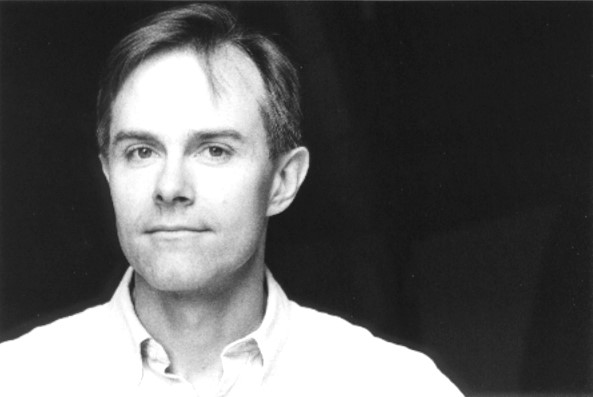 In addition to being a well-established composer, Wiprud is an internationally renowned educator, serving as co-chair of the New York City Arts in Education Roundtable and, until February, as the New York Philharmonic’s vice president for education. During his 13 years with the New York Philharmonic, Wiprud created and hosted the iconic Young People’s Concerts and took the Very Young Composers program national and to many countries around the world.

“He will work with Lakota and Dakota children on similar composing projects, beginning this summer, which will be performed by musicians from the SDSO as part of our Lakota Music Project,” Gier said.

Wiprud said the opportunity is very special for him in several ways.

“In the 1990s, I administered earlier orchestra residency programs at Meet The Composer, the predecessor to New Music USA, always secretly wanting to hold one of the residencies myself,” Wiprud said. “And then the chance to work with Delta David Gier and the SDSO, the acknowledged leaders in sustained engagement of non-traditional audiences, and prior champions of my work – this is a dream come true.”

Wiprud often explores different musical cultures in his own music, including Korean traditional music known as gugak. Some of his major works include:

Some of Wiprud ‘s orchestral works, such as Hosannas of the Second Heaven and Grail, explore spiritual experience. Others respond to American literature, including American Journal, based on Robert Hayden’s poem, and A Georgia Song, a setting of Maya Angelou.

*This article will be found in all South Dakota Symphony Program books during our 2017-2018 season.

The South Dakota Symphony Orchestra continues its Composer-in-Residence program with Jerod Impichcaachaaha’ Tate. This is made possible through Music Alive, a residency program of the League of American Orchestras and New Music USA.

The South Dakota Symphony Orchestra quickly embraced the focus of this dynamic, nontraditional residency. Key to the success of the residency will be the incorporation of Tate into the orchestra’s operations and activities in ways that foster collaboration and creativity. As an artist who resonates strongly with the organization and its values, Tate plays a vital role in strengthening the orchestra’s relationship with existing audiences while reaching new ones in the larger community. Tate is considered more than just a visiting artist; he is a colleague whose work is supported through access to and familiarity with the orchestra’s musicians, music director, staff, and other stakeholders, involvement in a range of creative projects, and by feeling at home in the local environs.

Within weeks of beginning the residency, Tate, who had previously worked with the SDSO’s Lakota Music Project, traveled to South Dakota. In March of 2017, Maestro Delta David Gier, Executive Director Jennifer Boomgaarden, and Tate traversed the state visiting partner sites; strengthening relationships with current partners, and creating new relationships. Out of these meetings, initial work plans and activities took shape.

Composer Theodore Wiprud is the Music Alive composer-in-residence with the South Dakota Symphony Orchestra. He will be in residence for 15 months through the 2018-2019 season. Follow his residency through the updates on this page.

The South Dakota Symphony Orchestra (SDSO) has been a visionary arts leader for over 95 years. The SDSO works to accomplish its mission: “To celebrate the tradition of live orchestral music and enrich the lives of people throughout our region” through concert, touring, education, and community engagement programs.  The SDSO is grounded in five core values:…