[Ed. note: It has been 13 years since we talked with Elliott Sharp for NewMusicBox. Since then, he has continued to create and perform music in the same seemingly infinite range of styles at the same staggering pace. Later this week, he will appear with the band Fourth Blood Moon in Lugano, Switzerland (Oct 25), Turin, Italy (Oct 26), Venice (Oct 27) and Vienna (Oct 28). Then it’s on to duo and solo appearances in Bologna (Oct 30) and Milan (Oct 31) followed by a tour of Japan where he will perform solo, with a big band, and in a duo with Carl Stone in Tokyo (Nov 19-22) as well as in duos with Yasuhiro Usui in Chiba (Nov 23) and Jim O’Rourke in Kofu (Nov 24). Amidst all his musical activities, Sharp managed to find the time to write a memoir/manifesto titled IrRational Music which was released earlier this year by Terra Nova Press. The following text originally appeared as the final chapter in that book and is reprinted here with permission.] 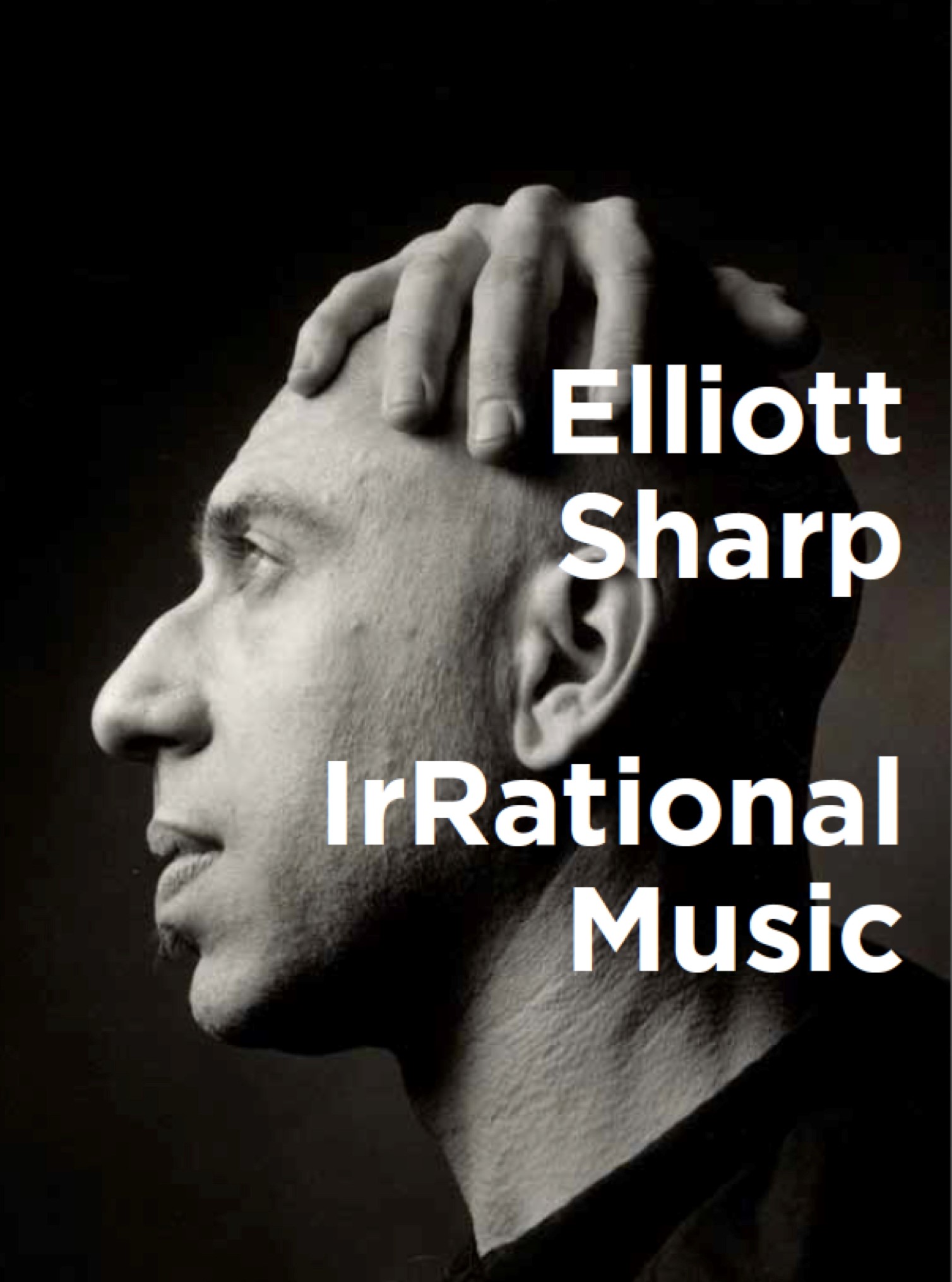 Recorded music has been sorely devalued of late but now I find the concert experience to be charged up, hotter than ever.

The process continues, asymptotic. The channels of my activities seem to be more clearly defined than ever before but by design they must allow for quick change, parallel realities, translation of state. They strive to balance the conceptual and the concrete, the abstract and the material, the direct narrative and the nonlinear, art and survival. Recorded music has been sorely devalued of late but now I find the concert experience to be charged up, hotter than ever. “IrRational Music” is still the best way to describe what I do in all of these channels. I can’t separate its pursuit from my desire not just to make art, but to understand how and why I do what I do and thereby find newer and deeper ways to do it. As my understanding of the Inner Ear grows, I ask if it can be separated from the Mind itself.

We believe that our minds define our selves, not just in the everchanging present, but delving back into our complete past and projecting forward into our still-incomplete future. Minds transmit and receive data in a feedback loop, constantly updating our state of being and inputting new information into our perceptual systems, a process essential to our survival (and perhaps the source of our consciousness). The search for the nature of this Mind of ours has been a puzzle and inspiration for both reflection and generation, extending back to the dawn of self-awareness. A signal is sent out, then received again at its source, but with the ever-so-tiny delay caused by the gap in the synapse. The receptor recognizes the original signal, perhaps with some hormonal stamp. In this transaction, this recognition, awareness of self could form, then consciousness.

With daily discoveries stretching boundaries, our minds have become plastic, mutable in function, digesting and accepting new definitions and generalizations. We may find these elements contradictory; we may find them enlightening and clarifying. With every advance in knowledge of the physical and chemical workings of the brain, humans remain—in a paradox worthy of Zeno—woefully distant from complete knowledge of the nature of their own consciousness. Gödelian concepts apply as well to our self-awareness: with self-perception nested in self-perception, are we doomed to perpetuate self-deception? Can we break out of the frame and actually know Mind? As we verge on a time when Turing tests will be aced by AI toddlers, how will we recognize the Mind of the Other when we’re still not absolutely clear as to its nature in ourselves?

Our very anthropocentrism has limited our outlook.

We might say that our craniocentricism blinds us and deafens us. Certainly our very anthropocentrism has limited our outlook. Only in recent decades have modern Westerners (as opposed to their pre-Cartesian ancestors) graciously admitted that other creatures might indeed possess consciousness. The common belief has been that consciousness and memory reside in the brain, are solely a function of its chemistry. Are we so sure that Mind can be divorced from organs and muscles, from viscera, from our bubbling neurotransmitter stews that drift out into the very air around us? Witness the octopus! It might be said that every sight we see, every sound we make or hear, every move or shift, every pheromonal handshake, is part of the free-floating and expanding consensual reality that is Mind. Even though our hardware has been running for many thousands of years without a major update, our software is continually transforming to accomodate new modes of data transfer and processing, environments, definitions and frameworks.

It’s no longer a radical notion that our individual memories have been externalized in something very like a cloud. And if memories can be external to the person, then could Identity itself, the individual consciousness, also be externalized? Would a conscious entity with no physical locus conceive of itself in the same way as an embodied one? How would the perceptual systems function in a disembodied Mind? What are the possible input and output devices? What would the mechanism of internal feedback be? If a disembodied Mind is to interact with a physical world, then what would the interface feel like, both to that Mind and to anyone encountering it? What would music be to such an entity?

Both concepts and technologies of Artificial Intelligence have advanced in recent years to the point that interaction with AI’s is considered a normal part of daily life. But is the “I” in AI the same “I” that we think of as intelligence, the”I” that is truly a sense of self? Mechanical processes, even when happening millions of times per second, even with a heavy feedback component, are not the same as intelligence and certainly not the same as consciousness. Will a digital zero/one on/off mind feel the same, both internally and externally, as a slippery-slope chemical mind? Where is the all-important porosity that makes our intelligence what it is? Could it be embedded in a process of knowing and deciding that is based upon the continuous polling of tendencies, analogous to quantum states? Explicit expression, but with vast amounts of background processing contributing to the flux? A meat-machine hybrid brain (that concept so beloved of modern sci-fi)? I’m waiting for the day that an AI can experience synesthesia and express it. And what about AS, Artificial Stupidity—might that be closer to human consciousness? Will an AI ever compose music that rends your heart and soul, or is this reserved for those whose language can’t be boiled down to just two states? Is the transcendent mystery of art somehow linked to the roots of its generation?

Will music allow us to morph into fully realized beings able to meet an unfamiliar modality halfway?

There’s much in the air these days about how our local universe is undergoing a “singularity,” how humanity must prepare itself for massive transformations. I contend that we’ve already been deeply into the singularity for quite a few years. A singularity isn’t built in a flash or even a day! Whether this is seen as glorious or apocalyptic depends on the teller, and there are as many definitions of the nature of this singularity as there are tellers. The development of “self-awareness” in computers is often cited as a primary sign of this cusp-point. Contact with an alien civilization is another. How will humanity find a commonality of expression to communicate with an intelligence conceivably so different from our own that there is no recognition? Again, the question of interface and who controls it. What will the emergent power relationships be? In science fiction, the superior alien intelligence often adopts anthropic form and speaks English. Will a truly emergent AI condescend to speak to us as equals or might it demand true peer-to-peer contact and insist that humans rise to the occasion? Could music be the medium by which we measure cosmic intelligence and consciousness? Will music allow us to morph into fully realized beings able to meet an unfamiliar modality halfway? Can we learn to communicate, perhaps even sing songs using airborne molecular polymers, chains of regenerated RNA? Flashes of color? Qubit packets? Modulated sine waves? Will that achievement equal a willingness to let go of our traditional assumptions of mind grounded in physicality, of music grounded in sound? By abandoning these moorings, do we abandon the very core of our humanity? If that is indeed the case, then we might finally ask “Is this a good thing or a bad thing?” and have reasonable expectations of getting a clear answer. Psychoacoustic chemical change remains the prime motive for my work: translation from the Inner Ear, source of the IrRational. 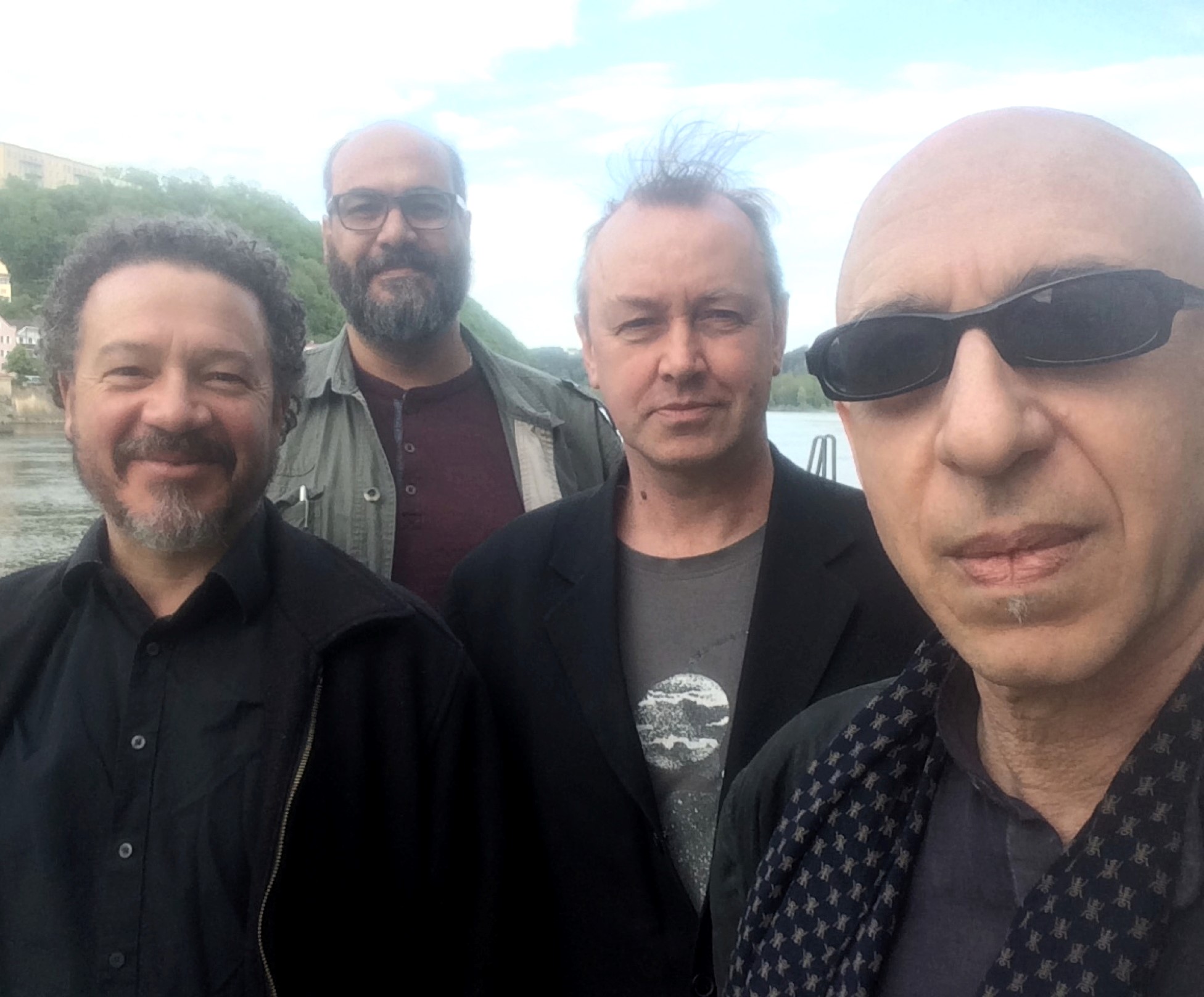 ELLIOTT SHARP is a composer, performer, and producer who leads the projects Orchestra Carbon, SysOrk, Terraplane, and Tectonics and has pioneered ways of applying fractal geometry, chaos theory, and genetics to musical composition and interaction.  He has been awarded the Berlin Prize in Musical Composition from the American Academy for 2015 and a Guggenheim Fellowship for 2014. Sharp has recently premiered a number of new compositions including in 2014 the opera Port Bou for Issue Project Room;  the suite Tribute: MLK Berlin ’64 for the Berlin Jazz Festival; Sylva Sylvarum,... Read more » 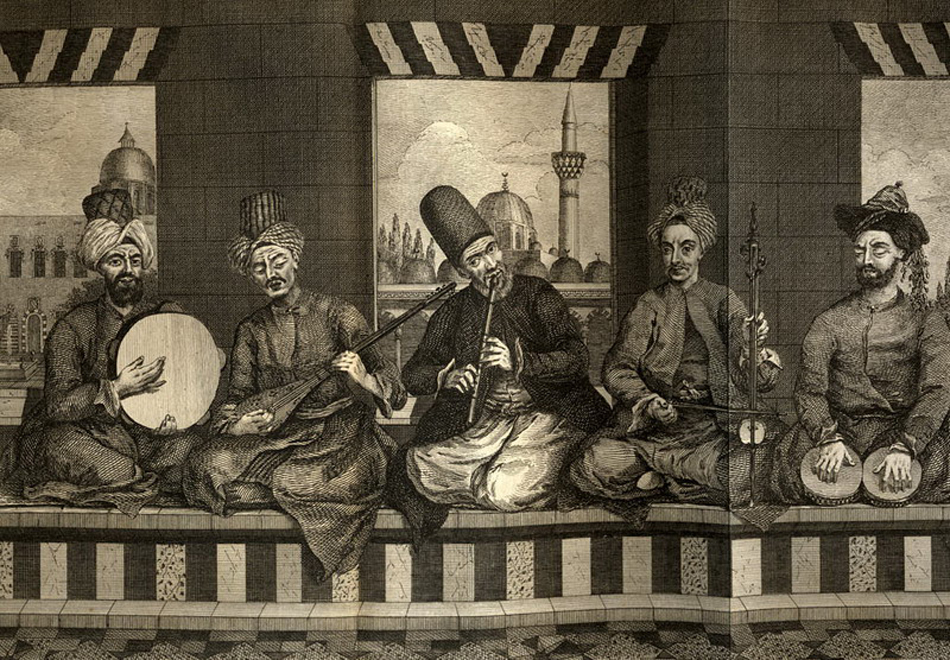