Say you’re a composer with an opportunity to have a professional recording made of your music. You’ve been told you’ll be working with a record producer, but what does a producer do, anyway? You’re suddenly reminded of that old joke: A blind rabbit and a blind snake run into each other in the woods. The snake says, “What are you?” The rabbit replies, “feel me and see.” The snake slides around the bunny. “Furry ears, bushy tail, twitching nose…you’re a rabbit! Now tell me what I am.” The rabbit feels the snake. “Slippery, slimy, no ears…you’re a record producer!”

Well, don’t worry. A skilled record producer actually has good ears and is there to help you. Basically, they oversee the entire recording process. The producer is responsible for whatever preparation is needed to make sure things run smoothly during the session, beginning with making choices about venues, engineering, scheduling, and budget. A good producer will also have contacted you about getting scores and any available live recordings in advance, so they can become familiar with your piece. Depending on the artist, once you get into the studio the producer may just stay out of the way and keep things organized or can greatly influence the performance.

But what happens when the composer is at the recording session? Who is in charge? Ideally the producer runs the session, takes care of bookkeeping, gives the artists input when needed, and works with you to convey your wishes to the artists. The producer is there as your advocate as well as the artists’, and you should use that to your advantage. I’ve seen composers come into a session with an adversarial attitude toward the producer, and I think that this is counterproductive. Yes, you know how you want your music to sound, but producers work in this environment all the time and bring fresh sets of ears to the session. They will likely have things to offer that you may not even think of.

Ideally, you will build enough trust to function effectively as a team. Sometimes you may want the artist to do something but may feel afraid to express it for some reason. Ask the producer. Sometimes a remark is more effective coming from the composer, and sometimes it’s better coming from the producer. For instance, it would be more credible to the artists for the composer to explain a sweeping interpretive change. However, comments concerning performance details such as intonation, ensemble, balance, etc. are better left to the producer. In this way, the composer avoids alienating the artists by saying too many critical things to them in a high-pressure recording situation. Also, many times composers will ask that I say something to the artists that they have said before, perhaps in a rehearsal, because the artists are still not responding. Here is where the producer can step in as another opinion, echoing the composer’s thoughts. As a team, the producer and composer can be a powerful influence.

If you are not getting along with the producer and unable to work out the problem directly, the recording process will be difficult. If there is an executive from the record label available, you may want to speak with them. If the problem is a question of personal style, and the recording is being made to your satisfaction despite this, then rise above it. Next time you can work with someone else. But if the recording is being compromised, the best course is to deal directly with the producer. Most of the time, it will come down to a problem of communication.

When you are expressing your wishes to the producer be as specific as possible but don’t worry about not being technical—that’s why the producer and engineer are there. You may not like some aspect of the recorded sound but aren’t sure how to express it. Producers are accustomed to interpreting comments like, “it sounds too (insert any word in the English language)”. If you can’t figure what this means and translate it into a technical suggestion, you probably aren’t a producer. The best time to speak to the producer about performance details is between takes. You should confer in the control room and then speak with the performers to avoid any confusion. The hardest thing for the performing artist at a session is to get ambiguous or contradictory feedback, so it is best to present clear and unified thoughts.

Almost all of my experiences working with composers have been interesting and enlightening. What I always appreciate about having the composer at a session is that there is no ambiguity or guesswork when interpretive issues arise. Sometimes the composer’s wishes are beyond what anyone could have known. I’m surprised when I find myself more concerned about accuracy or playing what’s in the score than they are. Once when I pointed out a note discrepancy between the part and the score and asked which was correct, the composer said, “it doesn’t matter, I like either note.” This was not because he was uninvolved or uninterested: at that point in the music, it just didn’t make a difference to him. I’ve also worked with composers who felt willing to accept small differences in the performance from what is written in the score for the sake of getting the right feeling or effect. Of course this makes sense, and it reminds me of how we are trained to be somewhat dogmatic about performance. What would Beethoven have said at a recording session of his own music? Would he really care as much about an accent, or a question about a slur as much as we think he would have? I have also seen the opposite: when a composer is focused on the tiny details and is losing sight of the overall picture. If you have a really good producer, they can help put things into perspective.

One more piece of advice about working with producers: keep in mind that they are musicians and artists in their own right, and will have opinions and ideas. This is a good thing and can be very beneficial to you. Producers are ultimately responsible for the recording’s quality—technically and musically—so it is in their interest to get the best possible result. I know that sometimes I want the artists to do something differently or better, and the composer is sitting there not feeling that this is so important. But this is a situation where the producer serves as an advocate for the performing artist. Artists are concerned with the details of their performance and you need to have enough material to edit with, so they will be happy with the final product and want to play your music again!

If you are the composer and also one of the performers on the recording, you will need to rely on the producer even more. One composer I’ve worked with several times behaved very differently in his different roles. When attending a session of his music, he was very mellow, relaxed, and tolerant. When he was conducting his own music, or even some else’s, he was a dictator! He was edgy, upset, and demanding in a completely different way. I found this to be fascinating, because he obviously felt more invested in the outcome when he was one of the performers. I would have thought that when he wasn’t in control of the performance of his own music he would have been more anxious.

Now, if you don’t have a producer, don’t want one, or can’t afford one, then you may be working on your own. I would suggest that, at the very least, you keep track of everything being recorded—the take numbers and what each take contains musically. When it comes time to do the editing, this information will save a ton of time. The engineer usually keeps a “tape log,” but unless they have the score and are following along, which is often not the case, that log will only tell you the take number and where it will be found on the tape. You won’t know what material is contained in each take. If you are recording directly to a hard drive, the engineer may not even make a log. You should request having an additional format recorded at the session that you can actually listen to later away from the studio, like a CD or DAT. If you need to have these made after the fact, it’s an extra expense. If you have your own log of takes, and all the material on a format you can easily listen to, you will be ready to review the session later and make decisions about what to use in the editing process. You should also know whether you are recording two-track or multi-track—this is important whether you are working with a producer or not. It will determine how you listen at the session, because if you are recording multi-track you will be able to change the balance to some extent in post-production. But you need to know what the tracks are and how much isolation there is.

An editing plan is an exact map of what will be used in the editing process. It’s written right into the score and indicates which takes are to be used and where. So it may indicate using take 6 from the beginning until bar 12, and then take 2 until the second beat of bar 25, and so on. When a producer is involved, they usually create the editing plan, not you. At first, this may seem strange, but it actually works very well for a number of reasons. First, the creation of a solid and detailed editing plan takes a lot of time, especially for someone who is not accustomed to doing this work. Secondly, the producer will be familiar with your general wishes and should have notes on your preferences from the session. Finally, a producer is very experienced with the editing process so should know quickly what will work and what won’t. This can save a lot of time and money. As mentioned before, a producer is an artist in his own right, and having an objective pair of ears to do this work is really useful. By the end of the session you will have a sense of whether you think the producer has an understanding of your music, and at that point you should feel comfortable. You will almost always have an opportunity to review the editing and request changes.

In conclusion, a relationship with a producer can be an important tool for you and your music, and the more you connect with them, both on practical and musical levels, the more successful the result will be. Ask a lot of questions about what is going on, and don’t assume that just “anything” can be done in the post-production. The old phrase “fix it in the mix” in a dangerous one. Despite the amazing tools available now, there are some things that just don’t work, mostly for musical or sonic reasons. If there is any doubt, ask the producer, and good luck!

David Frost has produced classical music recordings for most of the major labels, working with such artists as Alicia de Larrocha, Renée Fleming, André Previn, Sir Colin Davis, and composers Luciano Berio, John Corigliano, Dave Brubeck, and Paul Schoenfield. In 2005, he won the Grammy for Classical Producer of the Year. 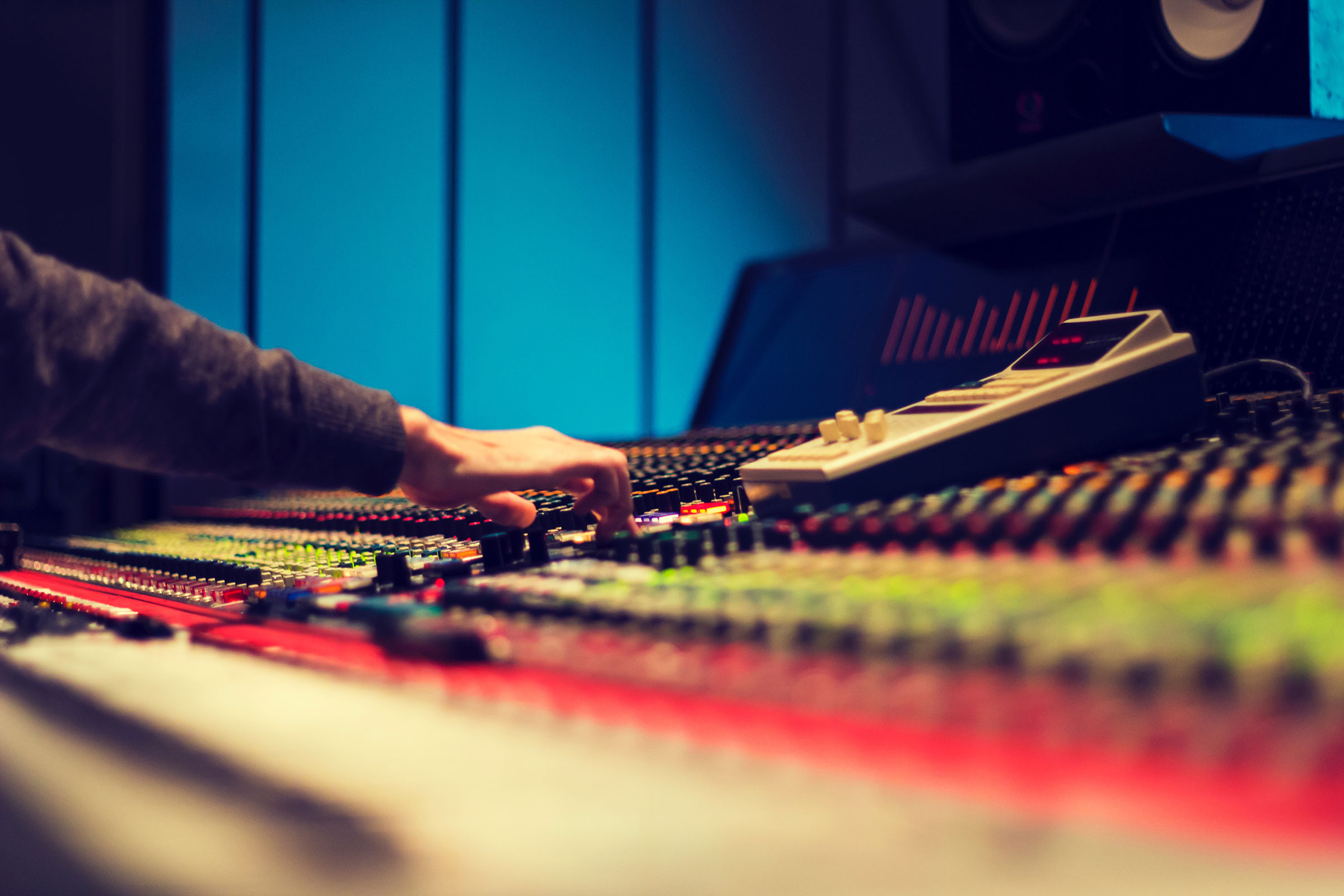 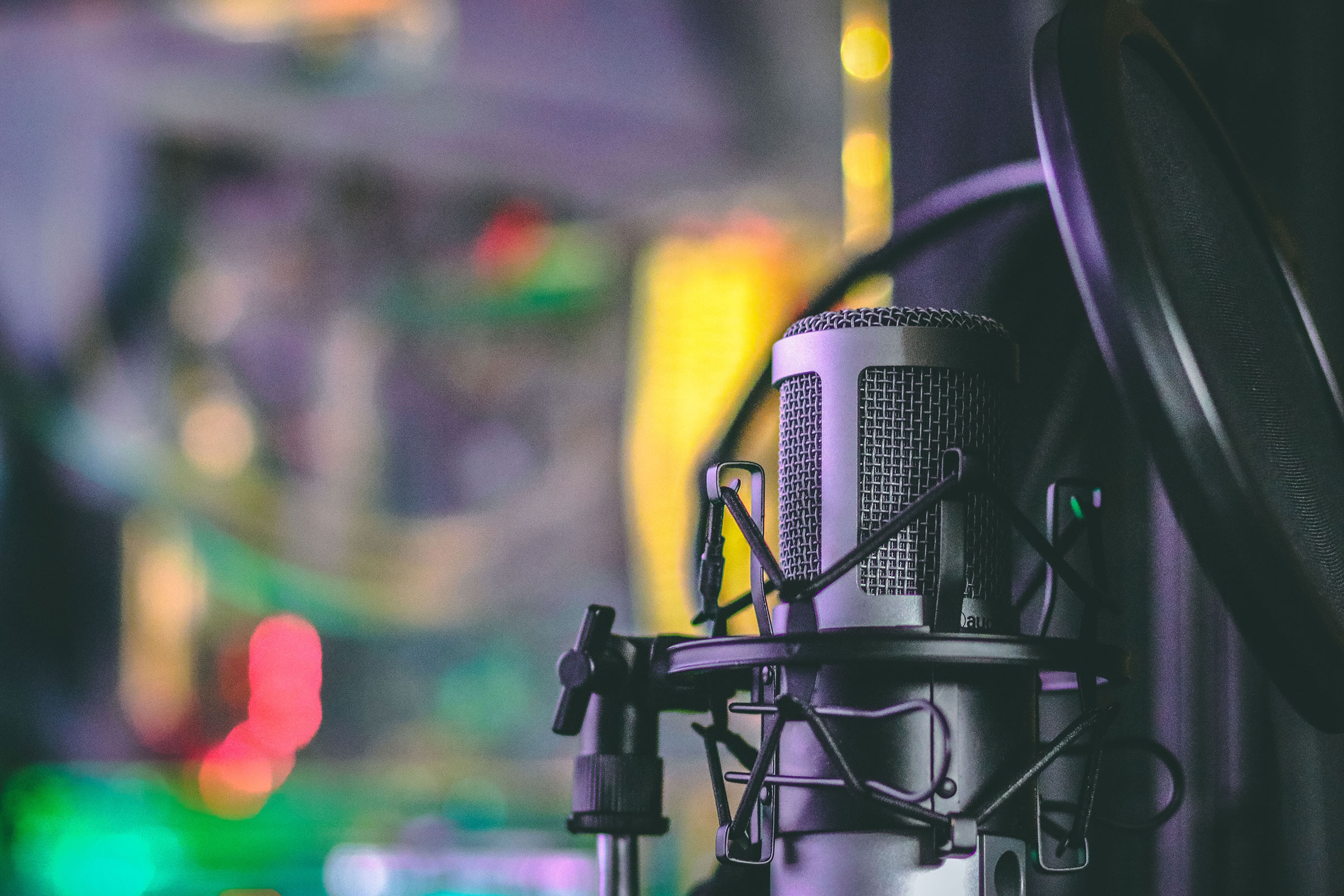