Conversations
Articles
Headlines
Archive
[Ed. note: Richard Hundley, a prolific composer of art songs for solo voice and piano, died on February 26, 2018 in New York following a long illness. Born in Cincinnati on September 1, 1930, started piano lessons at the age of seven and by the age of 10 had become obsessed with opera. In 1950, Hundley moved to New York City where he studied composition with Israel Citkowitz and Virgil Thomson, among others. Ten years later he was selected to sing in the Metropolitan Opera Chorus; through singing in the chorus he met a wide range of singers including Anna Moffo and Teresa Stratas who began singing his own songs on their recitals. Tenor and American art song specialist Paul Sperry began championing Hundley’s songs in the late 1960s and helped secure their publication.  Over the past half century, many of Hundley’s songs have become mainstays of American vocal music repertoire. In 2014, the Lotte Lehmann Foundation honored Hundley with its World of Song Award, fittingly presented to Hundley by Paul Sperry. In 2016, the New York Public Library acquired all of Hundley’s manuscripts, concert programs, photographs, and other professional materials.—FJO]

How do we deal with the loss of our dear, wonderful, frustrating, enormously talented Richard?  His were the first songs by a living American composer that I fell in love with and the love affair never ended.

I first heard Hundley’s songs in 1967 when I was just starting to sing.

I first heard his songs in 1967 when I was just starting to sing.  There was a concert of songs by Virgil Thomson and Richard Hundley at the Overseas Press Club in New York and a good friend of mine was singing, so I went to hear it.  I was blown away by two of Richard’s songs: “The Astronomers” for its beauty and “Some Sheep Are Loving” for its humor.  I went backstage, introduced myself, and asked if I could get the music for those two songs.  Richard said no.  But I am persistent when I want something; two years and several attempts later, I got the music and our friendship started.

Because of connections I had with publishers through being on the board of the American Music Center, I was able to help get his marvelous Eight Songs published by Boosey & Hawkes in 1981.  I was told that Richard drove them crazy when they published “The Astronomers” as a single song, because every time they engraved what he sent them, he made changes.  In those days changes meant a lot of work, not a minute or two at the computer.  Boosey made me extract a promise from Richard not to do that with the Eight Songs.  He promised, but all his friends knew that he couldn’t possibly have kept to it.  He did do less of it, however, and I imagine that frustrated him.  When he sent me a copy of the published book, he had already penciled in a change to “Come Ready and See Me.” He had changed a 16th, 8th, 16th note pattern to a triplet of 8th notes.  That’s a distinction that most singers seem to ignore anyway.

Here are some thoughts I wrote down as a preface to the publication of his Eight Early Songs in 2016:

Richard Hundley said his objective as a composer was “to crystallize emotion.”  He succeeded amazingly well.  Some of his pieces I find heartstoppingly beautiful: “The Astronomers,” “Come Ready and See Me,” “Waterbird.”  He mastered the art of agonizing over details until he produced something that sounds simple, even inevitable.  I think he has taken the apparent simplicity of his mentor and friend Virgil Thomson and invested it with more urgent emotion.  His melodies stay in the mind.  In his harmonies and open spacings he sounds American in the sense that Copland created a recognizably American sound.  And he has the American gift for exuberance and humor: look at “Epitaph on a Wife,” “Some Sheep are Loving,” “Postcard from Spain,” and “I Do!” for examples.

Hundley’s training differed from that of many other Americans. He never went abroad to study, and he credited his three years in the Metropolitan Opera chorus—and his even longer stint as accompanist for Zinka Milanov’s lessons—as formative to his gifts as a song writer.  There is no question that he understood both the voice and piano perfectly.  And singers love his songs. 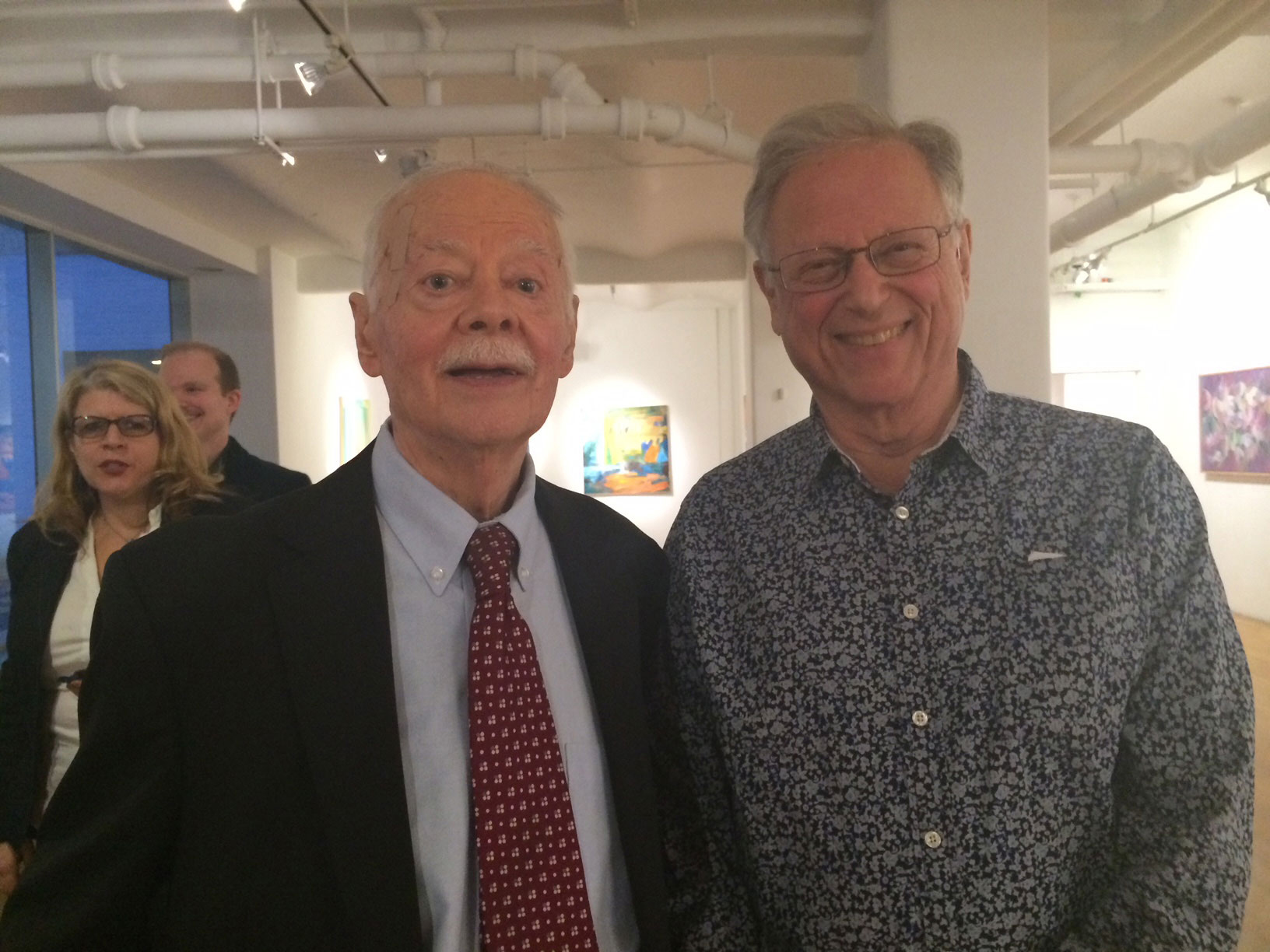 Richard Hundley and Paul Sperry in 2014.

Hundley’s songs, like Schubert’s, are easy to fuse into marvelous recital groups. He has written every kind of song: slow, fast, wet, dry, funny, moving, waltzes, fox-trots, major statements, little bonbons. I’ve been singing “Ballad on Queen Anne’s Death” and “Some Sheep Are Loving” for close to forty years and have never grown tired of singing or hearing them.  As “crystallized emotion,” they are gems.

Hundley’s songs, like Schubert’s, are easy to fuse into marvelous recital groups.

Many of his friends had visits from Richard when he wanted us to help him make up his mind about a detail, like whether some passage should be marked mezzo forte or poco forte, a decision which could tie him up for weeks.  But after all the agonizing, out would come another marvelous song.  All his friends have favorite Richard stories, but more significantly, we, and generations of singers, will always have his songs. Beside that, everything else pales.  I have always felt privileged to have had the opportunity to sing his music and to show it to others.  It has been painful to watch him diminish with no hope of recovery.  It is painful to know that I won’t see him again.  But he will live every time any singer performs a Hundley song.  I’m sure that that happy immortality is what he lived and worked for.

PAUL SPERRY is recognized as one of today’s outstanding interpreters of American music. Although he is equally at home in a repertoire that extends from Monteverdi opera and the Bach Passions to Britten’s Nocturne and hundreds of songs in more than a dozen languages, he brings to American music a conviction and an enthusiasm that has brought it to life for countless listeners. Many of today’s leading composers have written works specially for him; Sperry has world premieres of works by more than thirty Americans to his credit. He premiered Leonard Bernstein’s Dybbuk Suite with the composer... Read more »