The American composer Robert Moffat Palmer died on July 3, 2010, at the age of 95. He was my teacher for a few years in the early ’70s, but he was also my friend for almost 40 years.

Robert Palmer exerted an influence on the development of American music far greater than his current obscurity would suggest. He founded the doctoral program in music composition at Cornell University, which was the first in the United States (and quite possibly the world), and generations of Cornell composers remember his gentle, kind nature, his infallible ear, and his probing intellect. For many years he taught analysis courses using his own, very idiosyncratic system. All of us who learned it still remember those yards-long charts and those colored pencils from the Palmer system. We called it the “wallpaper” course, but we remember it fondly to this day.

He taught us to be broader, deeper, more generous people, too. He and his beloved wife, Alice, welcomed us into their home again and again. He taught us to drink martinis and also dosed us with a mysterious concoction he called Composers’ Punch, over cups of which he would be as likely to break out a Byrd motet for part singing or to discuss the latest writings of Lewis Mumford as to wax enthusiastic over his heroes, Ives and Bartók. (He actually met Bartók once in the early 1940s in, of all places, Kansas.)

He taught us, too, a good deal about humility and maintaining a sense of humor. When, in the mid-1970s, a group of Cornell composers staged a tongue-in-cheek concert of avant-garde music, Bob good-naturedly contributed his own avant-garde offering, When the Buzzards Return to Hinkley, Ohio.

Robert Palmer studied at the Eastman School in the old Howard Hanson/Bernard Rogers days, then with Quincy Porter in the summers of 1935 and ’36, with Roy Harris in ’39, and with Aaron Copland in the inaugural Tanglewood class of 1940. That Hanson, Rogers, Porter, and even Harris are only dim presences in the American musical consciousness of today mirrors the dwindling fortunes of Palmer’s own work.

Yet he once seemed poised to become a leading national figure. Paul Rosenfeld praised him in 1935 as one of the composers “uncompromisingly battling on behalf of civilized values, amid the billows of simplicism [sic] to the point of innocuousness and the [passion] for front-page publicity.” A steady stream of first-rate pieces attracted top performers in concert and on recordings: the Second Piano Sonata (1942; 1948), championed by John Kirkpatrick; Toccata Ostinato (1945), a boogie-woogie in 13/8 written for pianist William Kapell; the first Piano Quartet (1947); the Chamber Concerto No. 1 (1949); the Quintet for Clarinet, Piano, and Strings (1952). Most influential of these was the mighty Piano Quartet, which used to loom large as one of the major accomplishments of American chamber music. (When I wrote my own Piano Quartet almost 60 years later, I was surprised but delighted to hear how clearly echoes of Bob Palmer’s distinctive voice still rang out from my score. How satisfying to be reminded how much of who “I” am as a composer was bequeathed to me by him.)

One of Palmer’s early champions, Copland, included him in his famous New York Times article of March 1948, “The New School of American Composers.” (The others were Alexei Haieff, Harold Shapero, Lukas Foss, Leonard Bernstein, William Bergsma, and John Cage.) “I remember being astonished when I first saw him, and tried to make some connection in my mind between the man and his music,” Copland wrote. “His outward appearance of a grocery clerk simply did not jibe with the complexities of the metaphysical music he was writing.” And then Copland lamented, “In recent years too much of his energy has gone into his teaching at Cornell University—but teaching is a familiar disease of the American composer.” Ah, yes, a familiar malady on these shores. But we who were, and still are, his students are grateful that he harbored that particular virus at Cornell from 1943 to 1980.


Palmer’s friend, the pioneering musicologist William Austin, lamented how easily Palmer had been pigeonholed as an epigone of Roy Harris. On the contrary, Austin asserted, “Where Harris seems to herald some heroic victory for all America, Palmer concentrates on bitter struggle, ceaseless vigilance, and tragedy. Where Harris lyrically celebrates his own joys and sorrows, Palmer sings with a kind of devout serenity…Palmer’s world is the grim, divided world of the 1940s and ’50s, doggedly refusing to despair, no matter how often its hopes for liberty, equality, and fraternity must be deferred.” Austin captures the grave lyricism that makes Palmer memorable, but no less important was his lively rhythmic language, which owed a debt in equal parts to American vernacular music, jazz, and Renaissance polyphony.

As early as 1955, Austin noted that “even if the later course of history should prove that Palmer’s style was like some sandbar about to be washed away by the current of the twelve-tone technique or musique concrète, he need have no regrets, for the works that he creates are taut and sturdy.” Taut and sturdy, indeed. Fashions come and fashions go, but Palmer’s music is ripe for rediscovery by a wider public, and it lives on in those who knew him, and those who celebrate him now for a life well and generously lived.

Pulitzer Prize-winning composer Steven Stucky is the chair of the board of directors of the American Music Center. 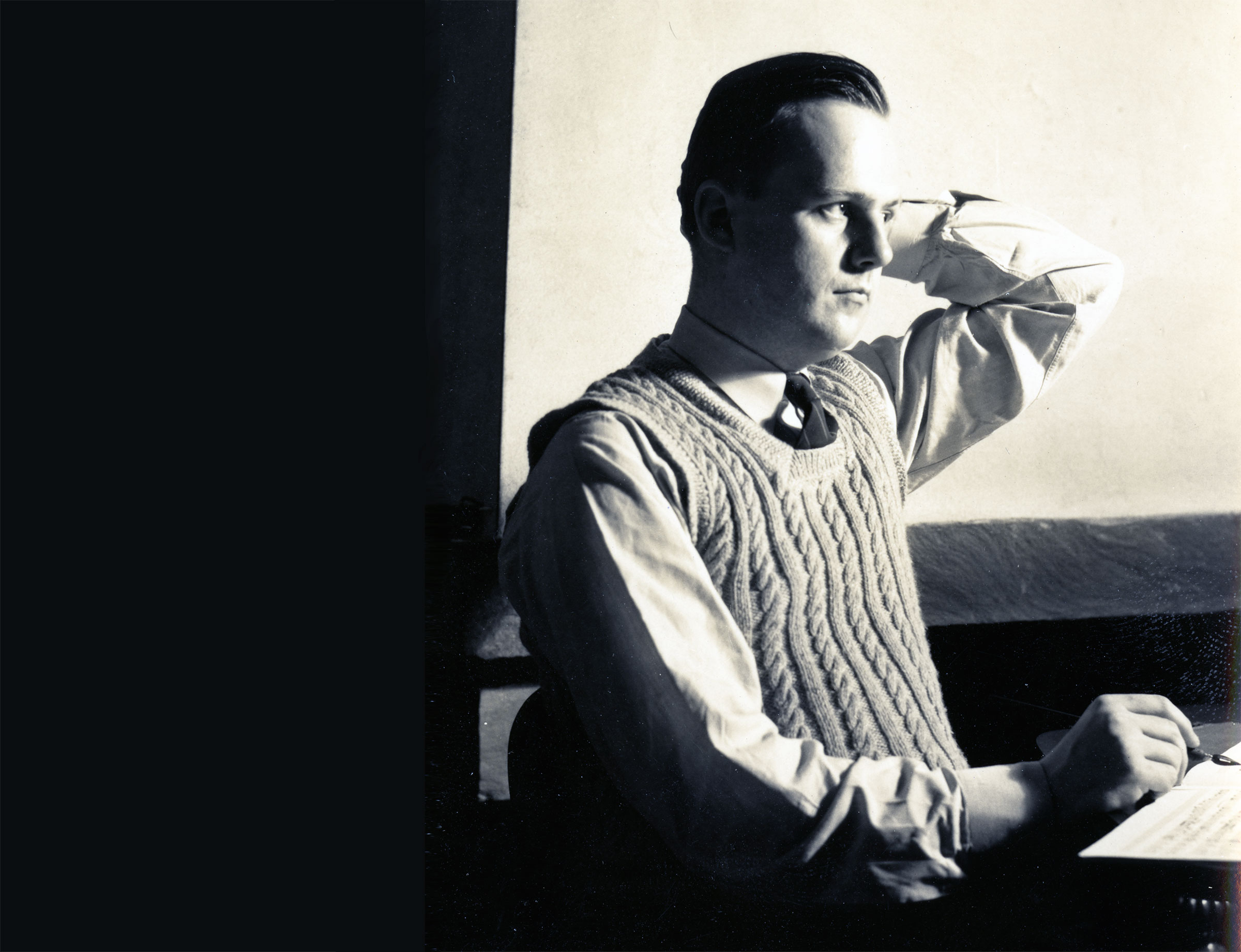