Full disclosure: Seattle Symphony performed my music as part of their Sonic Evolution project on October 26th. However, since they also host a number of interesting and creative music series designed to attract new audiences, I wanted to share with NewMusicBox readers my observations of an event I had the opportunity to attend while I was in town.

After arriving in drizzly, chilly, late-October Seattle, I took a short “disco nap,” in part to battle coast-to-coast jetlag, and also to make sure my ears would be well sharpened for the Seattle Symphony’s new late night contemporary chamber music series called [untitled]. Designed to take place in the grand lobby of Benaroya Hall—a welcoming space with gigantic windows overlooking the city—this inaugural concert celebrated the 50th anniversary of the Seattle World’s Fair by presenting works composed exclusively in 1962. The festivities featured a mixed ensemble of orchestra musicians, as well as six members of the International Contemporary Ensemble (ICE) who were in town participating in the symphony’s full weekend of concerts.

When I arrived shortly before 9:00 p.m., people were milling about the lobby, and many were lining up at the several bar areas to procure beer, wine, coffee, and tea. It was over an hour before the actual event was supposed to begin, but I wanted to hear the decidedly post-1962 “pre-concert” event as well; Gabriel Prokofiev’s Concerto for Turntable and Orchestra. A work for chamber orchestra featuring select members of the symphony, it was conducted by assistant conductor Stilian Kirov, and featured DJ Madhatter on turntables. I ended up sitting at a table close to the musicians with some of the volunteer crew (who requested detailed explanation regarding what the DJ was doing and how exactly he was doing it), and although I couldn’t see all of the musicians, I had a clear view of large video displays focused on the DJ’s turntable and electronics setup. It was a satisfying way to experience the piece, as the DJ’s role was highly virtuosic; he kept busy scratching and spinning the bubbling orchestra source material contained on his vinyl records, playing snappy exchanges with the musicians as well as cadenzas of his own making. Happily, the acoustics of the grand lobby are excellent; the performance (and indeed, the entire concert) sounded crisp, clear, and well balanced in the space. The audience gathered closely around the players, and the piece was well suited to such an intimate setting.

By the time the “official” event kicked off, after additional drinks and desserts and milling about, the lobby was filling up nicely with several hundred concertgoers. Some took advantage of seating arranged both on the ground floor and around the circumferences of the upper floors, while others parked on the stairs and on the floor. Music Director Ludovic Morlot served as the MC for the [untitled] program, enthusiastically giving background information on the pieces, directing the audience’s attention to each of the two performance areas in the lobby, and imploring people to wander through the space and experience the music from different vantage points.

The first work on the program proper was John Cage’s Variations III for “any number of people performing any actions.” Morlot emphasized the whimsy of this work as he playfully tossed the transparent circle images which constitute the score under a camera that fed the numerous video screens (which, when not being employed to show scores, projected the program in progress, along with associated information and notes), and added embellishments to the blank sheet of paper with colored Sharpie pens. The musicians, scattered through the performance area, reacted to the visual stimulus, creating a pointillistic sound field that ended all too soon. Although some Cage diehards in the audience could be overheard sounding a little grumbly about the piece not being taken seriously enough (the musicians seemed perfectly serious about the whole affair to me), I imagine that Morlot’s ebullient attitude could warm up a lot of straight-laced classical concertgoers to the adventures offered by Cage’s music.

Next up was Scelsi’s Khoom, which was given a ravishing performance. The audience was transfixed by soprano Maria Mannisto, who navigated the work’s constantly transforming nonsense syllables with ease and clarity. The scene then switched to the second performance area for Earl Brown’s Novara. The score, which is constructed of musical fragments which can be played in any order and combination, was projected on to the video screens, and one could watch the music unfold (or at least try to figure out how it was unfolding) by alternating one’s view from conductor and performers to score. Following that was a taut, intense performance of Atrées by Xenakis, a work for mixed ensemble, consisting of five sections that can be played in any order.

The exclamation, “Did you even know that Morton Feldman has a work that is only five minutes long?!” could be overheard multiple times after the next (and uncharacteristically short) work, Feldman’s For Franz Kline, featuring another beautifully wordless performance by Maria Mannisto. The final piece on the program was the ever charming Poeme symphonique for 100 metronomes by Ligeti. The metronomes were set up on one level of a staircase leading to the concert hall balcony, and Morlot invited audience members to join him and the members of ICE in starting them up. A good portion of the audience crowded onto the staircase to help get them started, or to have a good look and listen. Although the somewhat cramped location of the metronomes seemed a bit odd at first—normally the piece begs to be located out in the open in a nice large space—the clicking nevertheless resounded throughout the lobby, and could be heard quite strongly in unexpected spots. Although some of the audience started to disperse about halfway through the clacks, chatting with friends and edging toward the doors, a larger number stood transfixed by the metronomes, waiting patiently until the very last click (I did see one gentleman restart a metronome that finished earlier, so the whole process took a while), and giving the miniature tabletop orchestra a hearty round of applause after the final player ground to a halt.

Although presenting music of this sort is not a new occurrence, especially in the rich musical life of Seattle, it was nevertheless heartening to see so many intent listeners of many different ages—from teenagers to senior citizens—and to overhear so much conversation about the music itself. Many audience members who didn’t immediately “get it” were eager to enter into dialogue with others for whom this music is an everyday event. (My personal favorite moment was when a man came up to me and the clarinetist I was chatting with after the event, and pointedly said, “It’s interesting that none of the composers on this program are still alive. Do you actually know any living composers?”) Even if those folks never did completely embrace the experience, that they stuck around to try until after midnight is significant. The [untitled] series is a wonderful example of creative programming that provides audiences with a close-up experience of the orchestra, and at the same time strengthens ties with the city by celebrating its history as well as its inhabitants. 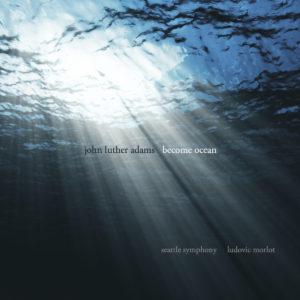